So with Apple moving to its own silicon, will we see Roon and also ROCK moving to ARM-64 and native running on Apple’s own CPUs over Intel’s?
For those not following tech news, Intel has been unable to move to 10nm chip production, due to production issues, hence everything since 2015 has been 14nm (and why a 2015 NUC5i3 is just as good running ROCK as later generations and since high power and clock speeds can’t be utilised in a NUC format as good as i5 and i7 CPUs).
So Apple has been designing products since 2015 expecting 10nm chips from Intel, which have not been delivered and to get more power have been clocking them harder or even using the 6-Core i9, which has been causing overheating problems & ultimately CPU throttling.
So Apple is ditching Intel (as it did with PowerPC and 68000 before) and going for its own silicon, as they have for the iPhone & iPad a number of years back.
So will see a Mac Mini, running ROCK as the future for Roon?

If my understanding is correct, the macOS will be moved. Which processors is hosting it is not very relevant for the application running on the OS. I don’t think Apple is planning to start from scratch with all applications in existence; that would be bad for business.

Apple will have computers running on both their own CPU and on Intel (in parallel). They will not move all hardware at one specific date.

Yes, their DTK will allow a level of transparency for application development running on macOS, so the transition is seamless for Mac users. However there are also native compilers in the DTK directly onto the bare metal of the ARM architecture, and there some settings to allow the DTK hardware (A12Z CPU) to run alternate OS.

So I would expect Roon Core (Server & Remote) to be release against Big Sur, as the latest macOS, however what could be more interesting is a release of ROCK using native ARM-64 Linux support, instead of x86-64, for a Mac Mini platform instead of Intel based NUC, freeing up the performance limit of 14nm chip architecture which currently affects the NUC platform, i.e, the core performance for headless wired CPU computing is the same for a 2015 machine (NUC5) to a recent NUC8.

Already discussed in another thread:

If Apple moves to ARM -- will there be a Roon Core for ARM? Roon Software

Next week is Apple’s World-Wide Developer Conference. A rumor says that they are planning to announce a move of Mac to ARM processors, built by Apple. So, will that finally end the need for an Intel-compatible processor to run Roon Core? Will we be able to install it on ARM machines?

If Apple moves to ARM -- will there be a Roon Core for ARM? Roon Software

Notes from yesterday’s Apple WWDC: yes, Macs are going ARM It will begin later this year, will take ~2 years to transition away from Intel Mono is ported already. Apple did the port. Mono is not a thing of the past. It’s one of the most popular cross-platform development environments and Microsoft is dumping a ton of resources into its continued success. OpenGL is supported just as it was before. Metal is a very low-level API, and we believe Apple just ported their OpenGL drivers to Metal. App…

Yes, thanks @joel, but that we’re looking at Roon Core running on MacOS.
My question/post is whether there will be a ARM-64 based RoonOS with ROCK to run ‘bare metal’ on a Mac Mini using Apple’s own Silicon?

Why would they? It would be an awful lot of effort for a tiny number of users who want to do what you propose!

My question/post is whether there will be a ARM-64 based RoonOS with ROCK to run ‘bare metal’ on a Mac Mini using Apple’s own Silicon?

Probably not on the Mac Mini. Too much baggage that comes with the Apple world when you don’t run their operating systems.

But if the rest of the ARM world can make processors that perform like these Apple CPUs, for sure we will support it.

Probably not on the Mac Mini. Too much baggage that comes with the Apple world when you don’t run their operating systems.

I’m a big fan of the apple ecosystem, but their hardware is pretty expensive for turning into an appliance. It seems like a NUC or similar ARM type platform would be a much better deal for everyone.

Really, there are quite a number of Roon users buying the latest and most powerful NUCs at costs in the $1,000, unfortunately all limited and performance bound by Intel’s 14nm architecture.
A move to ARM and the 10nm, 7nm and evening the planned 5nm architecture planned by Apple would break through this bottleneck and provide additional processing power that users are looking for.

Hang on, what’s the cost of a Nucleus or a Nucleus+ ?

Or even a NUC8i7 (even with its performance bound Intel 14nm CPU)?

Intel’s ‘Generations’ marketing has been very effective at making people think they were getting something new and better than the previous range, but really just more on-board functionality and higher clock speeds.

Or even a NUC8i7 (even with its performance bound Intel 14nm CPU)?

Using our the “add to cart” button on our ROCK kb page, sub $600 complete.

You will have to deal with assembling it and installing ROCK, but no hassle after that.

what’s the cost of a Nucleus or a Nucleus+

The Apple hardware is nice, but the Mac Mini has always been overpriced. That combined with the hassle of install/maintenance/dealing-with-apple-updates, I wouldn’t go Mac Mini unless you already had one.

The Apple hardware is nice, but the Mac Mini has always been overpriced. That combined with the hassle of install/maintenance/dealing-with-apple-updates, I wouldn’t go Mac Mini unless you already had one.

Danny, I am referring to a future Mac Mini model, one based on Apple Silicon, as with the current DTK platform which uses the A12Z chip.
This breaks the Intel limitation of their 14nm architecture and could provide a future platform for RoonOS & ROCK over an Intel NUC.

Not saying I have problems with my 2015 NUC5i3 running ROCK for a library of 86k tracks and two main endpoints, which plays everything thrown its way without any issue, including all DSP, Upconverting, downsampling capable by the endpoints. But it is more the limited reason for later NUCs given Intel has not improved the core CPU architectures since the Broadwell-U CPUs used in the Rock Canyon & Maple Canyon NUCs, and the TPW requirements of the NUC form format.

Having emotional problems with Intel? 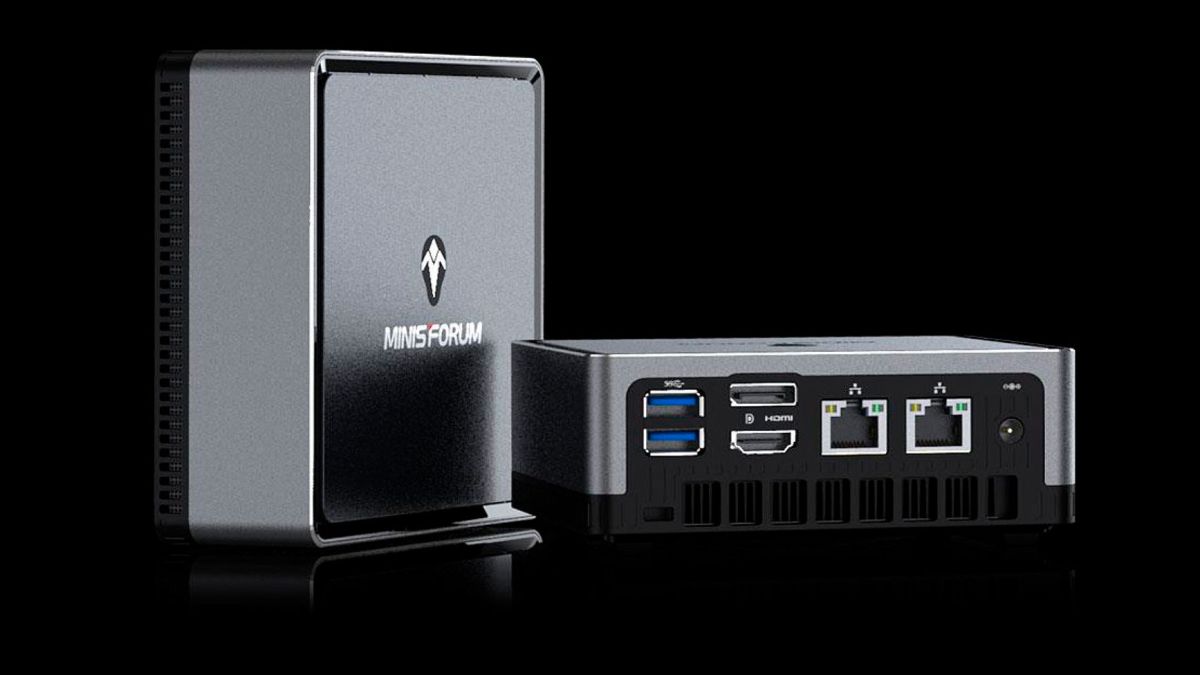 Let's get ready to rumble.

But if the rest of the ARM world can make processors that perform like these Apple CPUs, for sure we will support it.

That is a huge and unlikely “if”.

The ARM part of Apple Silicon is not the big deal. It is what Apple is doing in the rest of the silicon, that no one else can come close to doing, that is the big deal.

It seems like a NUC or similar ARM type platform would be a much better deal for everyone.

There is no platform that uses ARM outside of Apple Silicon that would have the power to run Roon. What Apple is doing is quite unique.

The ARM Cortex-X1 is no slouch. And it wont be stifled by being made to run exclusively Apple software.

Don’t want to run Apple OS on it, but Roon OS, which would need to be compiled for ARM-64 in addition to x86-64 for Intel and then there could be an alternative ROCK.

People need to realize that Apple can and has spent a ton of money are R&D and IP. I can guarantee they have exclusive agreements with TSMC as well. No company is better situated than Apple to extract the most from ARM architecture.

Apple is doing this because Intel cannot keep up. Think about that…

and could provide a future platform for RoonOS & ROCK over an Intel NUC.

not likely… Apple is not at all friendly to this type of thing. I wrote about this in the past when talking about opinionated software. I explicitly used Apple and Google in this example:

@Jan-Erik, Software is opinionated when it is rigid to a certain way of thinking. Think about Apple and their walled garden. You can’t do much there unless Apple allowed it explicitly. Apple has opinions on how things should work and their phones reflect those opinions by locking you down so you can operate only in the ways they want. It’s not flexible, but it works well if you don’t step outside the limits. In contrast, Android is far more flexible and adaptable to many situations. It has far…

Apple being highly opinionated on which operating systems work with their hardware makes it uninteresting to do the work to fight them.

That is a huge and unlikely “if”.

The world will catch up. Apple may or may not be ahead at that point, but that’s irrelevant.