Upgrading my old i3 NUC that barely made the compatibility list two years ago to the NUC recommended for large libraries, NUC10i7FNH1.

The options for wifi do not show as they did on my previous NUC. I have a cheap Airlink USB wifi adapter so I plugged it in to the new NUC and booted up. Wifi options are now visible. It doesn’t work. However, it indicates that ROCK does not show the wifi options if the OS does not see a wifi device.

This model of the new NUC has wifi built in and enabled in the BIOS. I understand that ethernet is recommended. However, I need wifi and it has worked very well over the past two years on the old NUC.

Brian Roon do not support WiFI on Rock devices and strongly recommend that a Roon Core is plugged into Ethernet for reliability’s sake, even if you use Wireless endpoints

Why do you need WIFI? Why can’t you move your NUC to where your router is located? Use a RPi4 if need be to connect devices to your network. RPi4 can work via ethernet or WIFI.

Thank you both for your prompt responses. It seems that in both of your recommended solutions, Wi-Fi is added between the source (Roon Rock) and the streamer DAC. In my case, I want to control Roon Rock which contains my library and connects directly to my DAC with a nice short USB cable.

I understand that Wi-Fi can be used/configured poorly. However, Roon Rock documentation has supported Wi-Fi for control. Your suggestions do not solve a problem. They go around the recommendation.

Hi Brian, yes for control (from the computer or mobile) but generally not for streaming. In your case I would assume that it would be perfect because the reality of it is that it would all be on device, unless you were streaming from Tidal or Qobuz.

I’m not sure if the issue is the lack of a driver (hampering Rock V2) or a choice by Roon not to support the on board WiFi, but I know that it doesn’t work as I have the i5 version of the same NUC.

I seem to remember that there were some known to be working USB WiFi dongles, but I’m not 100% sure of that. Hopefully someone else can chime in here with the models for you if that is the case.

Roon core, NUC in your case, needs an ethernet connection to your router or switch. Your Roon end-points can be connected by ethernet or WIFI. It’s usually best not to connect your DAC directly to your core, but connect to your network. Control of your Roon system is usually by iPhone, iPad, other tablet, or laptop via WIFI. Ethernet will work also.

You can’t without using an external WiFi adaptor which may or may not work. Rock did support a very small amount of internal WiFi cards that came in nucs but they stopped that ages ago as there where too many variations and they dont at all on any ones past the 7 series.

Roon recommend that the core device itself be hardwired to the network and you use wireless for Networked endpoints. If you can’t hardwire then you need to either find a WiFi bridge or use a mesh system that has the ability to run off a cable to a device acting as a bridge or move your rock core to somewhere you can and add in a Roon endpoint device that supports WiFi and connect that to your DAC.

I do tend to resist the flow when it seems appropriate. Thank you for your response. Past experience has shown a significant loss of quality when using Roon Bridge on Windows 10, a Moon Audio integrated amp and others. The Linux audio drivers seem to be the best and the NUC platform seems the quietest on the signal path of PCs. My old Roon Rock on an i3 with USB out to the DAC was the best combination I have found. If the newer NUC NICs are not being supported, it should be stated as such rather than picking a preference for Ethernet over Wi-Fi. Either can be great or poor.

Considering solutions. It seems that the Linux audio drivers would need to be used with Roon Bridge. The the Linux distribution I choose will have the support for WiFi if I choose to use WiFi. Which I wouldn’t because I would prefer to not have WIfi between the library and the bridge. So I would then put Roon Server on the Linux NUC and have essentially rolled my own Rock.

For reference, the old NUC NIC is an Intel 7265D2W 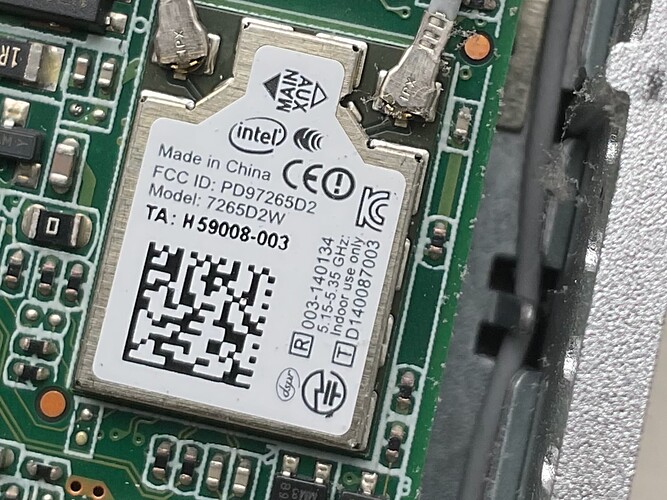 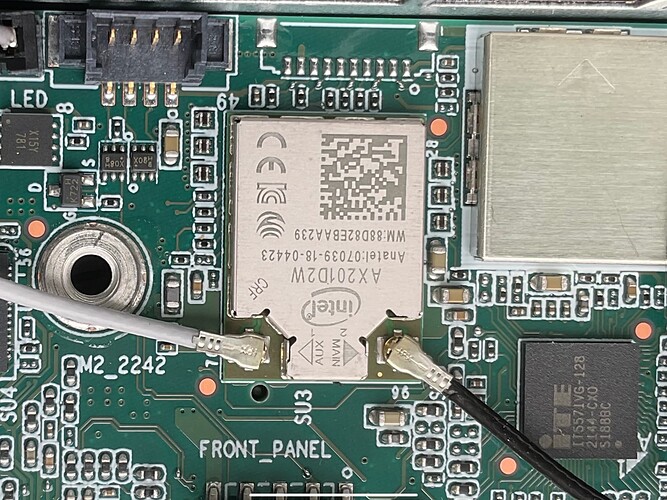 Connect NUC by ethernet. Connect Roon endpoints by ethernet or WIFI, not USB. You can use USB from endpoint to DAC.

If the newer NUC NICs are not being supported, it should be stated

ROCK (non-)support for new WiFi hardware stated here in May 2019:

I’m not adding WiFi support past what’s already there, as we do not want anyone to use it and then come to us with issues. You can work around it using a bridge, but at least then you will know you did something bad if it doesn’t perform. The only other issue is this issue of the BIOS showing no legacy boot, or not having it uncheckable. Many have not at this issue and those who have have silently gone away and failed to produce forensics that would help us determine why (screenshots, videos, s…

To get NUC10 WiFi working you’ll have to try other Linux distributions such as Ubuntu, or Windows.

If you are comfortable working through some google links to get a Linux setup working, my advice would be to install Ubuntu.

If you install Ubuntu server, you’ll need to enable Wifi by modifying a cfg file. 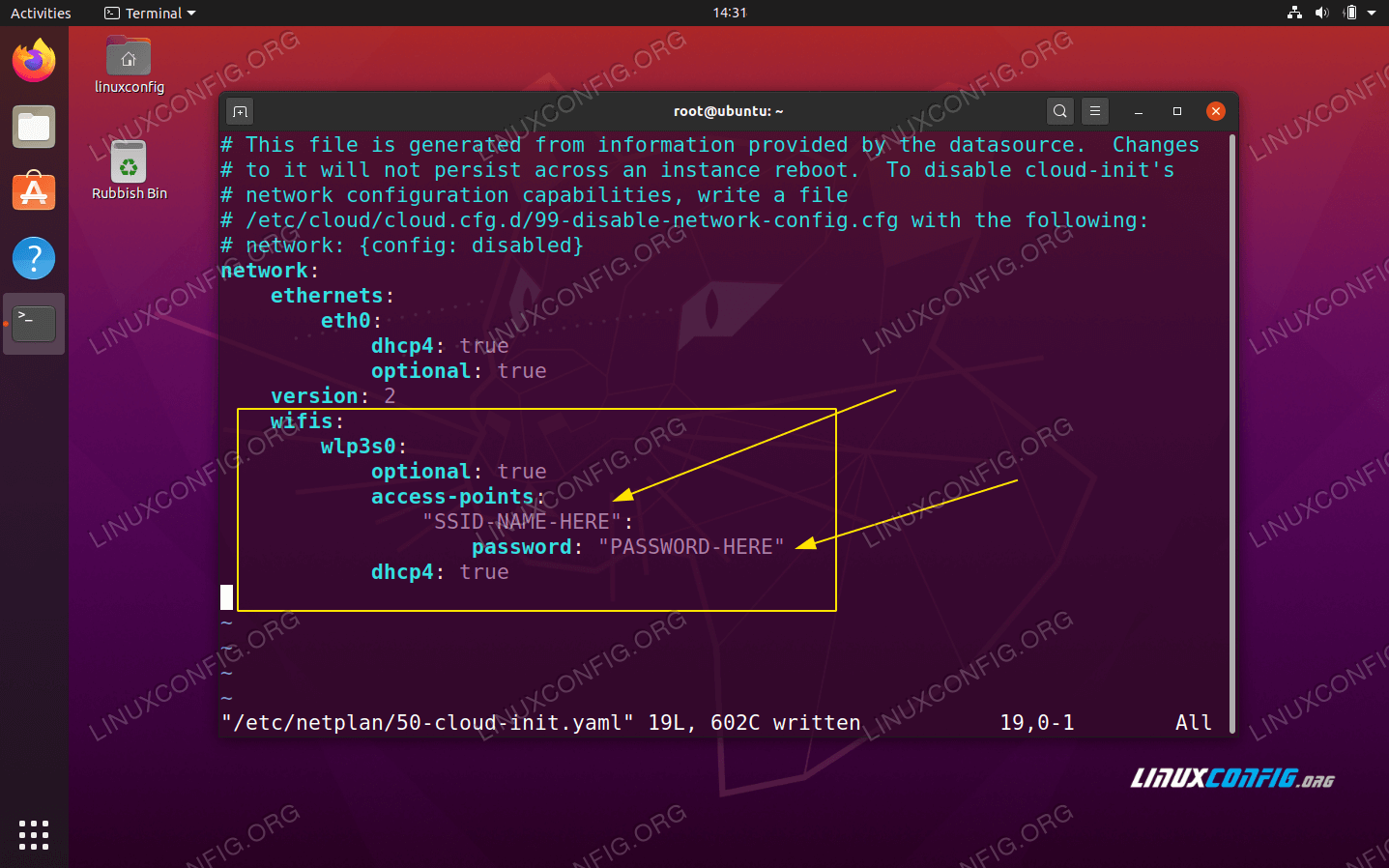 This tutorial shows how to connect to wifi from command line on Ubuntu, including for Ubuntu server wifi and raspberry pi.

If you use Ubuntu 22.04 with GUI, its a simple few button clicks to enable.
This is the easier option.

I appreciate the healthy discussion. I paused because I ordered two USB wifi devices that are supported in the standard linux kernal. They did not work. I am completely comfortable creating a Ubuntu server and adding Roon. However, the goal is not to have another project that I need to support and update. I appreciate what the Roon team has created with their experience that will always be more vast on this topic than mine. I did purchase the recommended NUC for my hardware upgrade rather than something else so that my project would be as compatible as possible. I will purchase a wifi extender to work around this issue. Hopefully, this discussion and details help others.

Don’t use WIFI for your NUC.

Brian have you considered using Ethernet over Power Line adapter’s. I don’t use them myself, but there are a couple of thread’s here on the forum’s where people discuss using them with great success.
It can be dependent on the quality of your wiring, but it could also be just the trick for you

I seem to remember that @garye used some that worked well and maybe he would be good enough to say what he is using.

I would move my NUC to where my router is and use ethernet. Then, use WIFI, if necessary, to a Roon end-point connected by USB to DAC and Amp.

Jim lots of options available, but just giving Brian some additional options that he can consider

I agree. I’m just saying the one I recommend.

I use devolo magic 2 wifi and Ethernet. Have been excellent with both since installed. One tip for any home plugs is plug them in close to each other to pair them then move to the location you want. They seem to drop out a lot less (out of four, one of mine has dropped out once in 18 months) and remain stable. The mesh wifi is useful too for wandering round with mojo poly.

Jim I agree and that’s what I do as well.

Thanks Garry. I had some really old Devolo products that I donated to my sister. They used to be about the best brand in the Powerline market when I originally purchased mine.