I have a cd single, “Back to Love” by the Brand New Heavies. When I let Roon automatically import it, it is recognized as “Broken English” by Sunscreem. If I edit the album and set all the data preferences to file, I get the right cd name and band but Sunsrcreem is still in the description as the blue hyperlinked band, instead of Brand New Heavies. I double
checked the tag data and there is no mention to the band Sunscreem, neither is there any reference to Sunscreem in the file or folder name. Any ideas? 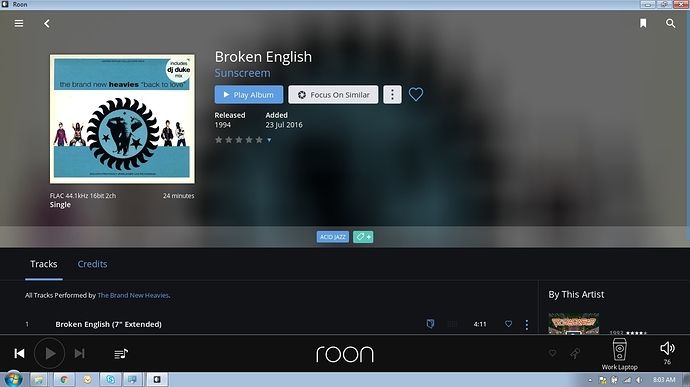 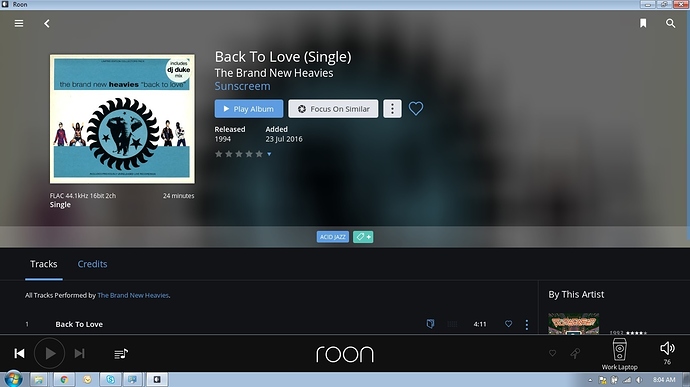 That is because even though you have told Roon to use your meta-data you are still using its “match”. You need to go in and make it an unidentified album and then things should straighten out.

Go to edit album, Identify album, choose none of these look right, choose it again and you will get a screen that says Use Basic File Information. Choose that.

Thumbs up! Thank you for that little tip!

Great tip! Thank you. Now at last I can fix the versions of Sweeney Todd and The Threepenny Opera that continue to be screwed up by Roon’s metadata…

The same thing is happening with me:

Klute was a film from the '70’s with a soundtrack by Michael Small - Roon’s metadata incudes an extra artist called Klute - a danish band.

At least I can now get rid of it
thanks

Hi, I also have problems with extra artists in number of albums. Here is one of examples: 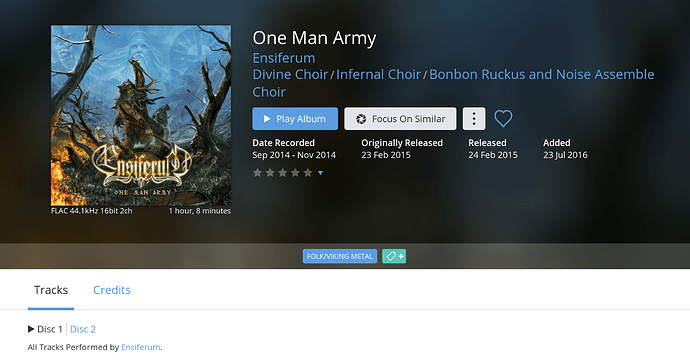 Screen Shot 2016-07-25 at 23.28.02.png2192×1156 972 KB
In this case album is performed only by Ensiferum and three (!!) additional artists are simply wrong. Is there simple way to solve this problem once and for all albums? I don’t like making album unidentified - I will loose access to lyrics and credits. And I don’t like checking the whole library for such errors - I’ve found already three such albums and sure that there are more. I have set all albums to prefer Album Artist from files, but this doesn’t have effect on issue.
Geoff_Coupe (Geoff Coupe) July 26, 2016, 10:15am #8

[quote=“vladimirkl, post:7, topic:12832, full:true”]
I don’t like making album unidentified - I will loose access to lyrics and credits.[/quote]
Good point - and a drawback to this workaround. Sigh - roll on version 1.3…

Is there any info how much I should wait for 1.3? I’m evaluating Roon now, very like sound quality, but completely frustrated by huge number of metadata errors. Don’t understand how to deal with them…

Some info about what’s being done in version 1.3 is here. I don’t work for Roon, so I have no information on when it will arrive. It will be released when it’s done.