I’ve been experimenting with Roon and Roon Arc and my Chord Mojo2/Poly. Some good news and some not so good news.

(1) The Mojo2/Poly is a RoonReady endpoint that shows up in the regular Roon App and works beautifully. HiDef sounds spectacular through the WiFi connection when in the same WiFi as the core. This allows portability for a headphone setup throughout a home network.

(2) The Mojo2 works well with an iPhone running ARC utilizing the iPhone CCK cable that allows a digital stream from the iPhone to the Mojo2. Great sound though the wired connection to Mojo2

(3) I was hoping the Mojo2/Poly would work with ARC in a similar manner to the way the Mojo2/Poly works in a local Roon network via WiFi. If the iPhone is running ARC via a cell connection and Mojo2\Poly is in the same WiFi network, I was hoping I could the iPhone could be connected wirelessly to the Mojo2\Poly which would allow hi def files to play. Unfortunately, this does not work and the only way to connect the Mojo2\Poly to the iPhone wirelessly is via Bluetooth which limits to 44.1 and deteriorates the sound.

Chord tells me they are working on a solution. For now, I’ll stick with the wire to the Mojo2 and leave the Poly home when I’m out and about.

@Harry_Brandt, appreciate the post. I recategorized this to the Chord section so others may become aware of this and comment.

Didn’t you already post about this? You Chord Poly is WIFI only. For Roon ARC away from home you need a celllular connection. Since the Poly is not cellular, you have to use a phone or tablet running Roon ARC. What happens if you turn on your phone’s hotspot while it is connected to your home router via cellular? Can the Poly not connect to the phone’s hotspot via WIFI? Or, it connects but Roon ARC does not transmit out via WIFI to the Poly?

Jim, not sure you know what you are talking about. The Poly can connect to the source via WiFi or Bluetooth or both. We don’t need the Poly to be cellular…The phone can receive the stream for ARC via Cellular. We just need the Poly and the Phone in the same WiFi space so that the phone can transmit the ARC stream to the Poly/Mojo2 as a HiDef wifi signal instead of crappy BT.

I asked what happens if you turn on the phone’s hotspot? Does Roon ARC not transmit out the hotspot WIFI to the Poly? Maybe that’s the point you are making.

The obvious problem is your phone is connected to your cellular service to receive Roon. How is it also going to connect your your Poly using WIFI?

Yes Jim…that’s exactly the point I am making. I just tried it in Poly Hotspot mode. In this mode the Poly creates its own wifi network. You can then log your phone into that network so the Poly/Mojo2 and the phone are linked. Everything else (Tidal, Qobuz, YouTube, etc) direct the sound output via Wifi to the Poly/Mojo2. Roon Arc sound does not transmit out the hotspot WiFi to the Poly. It still plays out of the phone speaker.

I guess the difference is I am not running anything on the iPhone/iPad. It’s just acting as a router, more or less.

EDIT: For what it’s worth, although the Mojo 2 sounds great, I do not use it for mobile applications. I use a wired AudioQuest Dragonfly Cobalt with camera adapter or a FiiO KA1. They both sound good and are easier than lugging around the Mojo 2. I use a Moon Audio Silver Dragon Portable headphone cable with Sony WH-1000XM3 noise cancelling headphones.

Thanks Jim: I think you are understanding my current dilemma now. I’ll probably pick up a Dragonfly or something similar to use with ARC.

@Jim_F Just about everything gives an option to set output. Right now I’m play Qobuz to the Poly/Mojo2 from the iPhone. All I want to do is the same from ARC. Does that make sense?

It make sense, but you can’t do that with Roon ARC. Roon ARC outputs to the phone’s speakers or attached headphones. Or, you can attach a DAC either directly or by USB cable. With a DAC attached, you can get lossless high resolution with an iPhone. I’m not sure about Android.

EDIT: A lot of us would like to see a Roon ARC app for laptops, but Roon has not said if that is in the cards. They are working on a full CarPlay integration.

EDIT: I wonder how your phone connects to Qobuz by cellular while also connecting to your Poly by WIFI?? Maybe it’s bluetooth to the Poly.

I assume via AirPlay or Bluetooth as Qobuz app doesn’t support anything else for casting on a iphone. You can use AirPlay in ARC to achieve the same thing, just not in the app just yet. On the Lock Screen you will see the AirPlay icon to cast to whatever device is available either AirPlay or Bluetooth. Or you can use the phones system AirPlay to connect to the Poly you can see the AirPlay icon on mine top right.

But this is always limited to 44.1 even from your current setup. Why bother with the poly at all in this setup as a direct mojo to iPhone and CCK adaptor will give you full resolution.

Arc is designed to make your phone the streaming device and can only pass on this via Bluetooth or over the local network via AirPlay or in some cases Chromecast or an attached usb DAC . Roon won’t ever support UPnP so the only option for the poly is AirPlay or Bluetooth or a direct connection to the mojo. 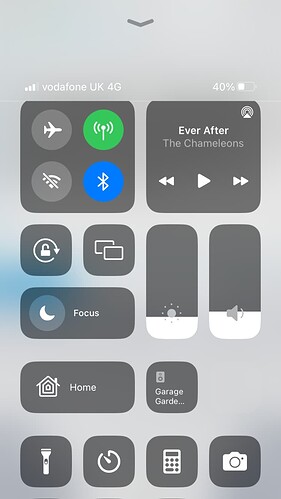 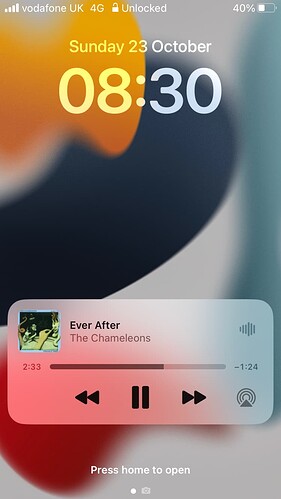 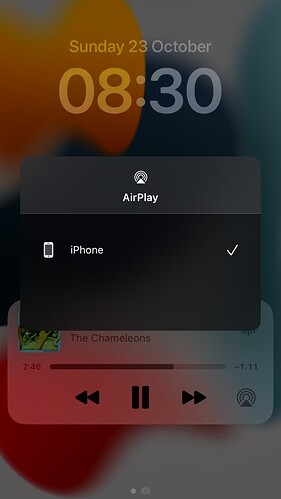 …via Bluetooth which limits to 44.1 and deteriorates the sound.

I’d be interested to know how you cast Qobuz directly to the Poly using Wi-Fi. I didn’t think this possible.

AirPlay I would imagine, poly does support it I believe using Mconnect app you could use UPnP and stream it lossless.

I have read, that it should be possible to enable the phones WiFi hotspot and connect Poly to that, and then use mconnect with integrated Qobuz (and Tidal) and stream lossless to Poly.

This video explains how to use and setup Poly in tethering mode, so you can use Qobuz to stream to Poly 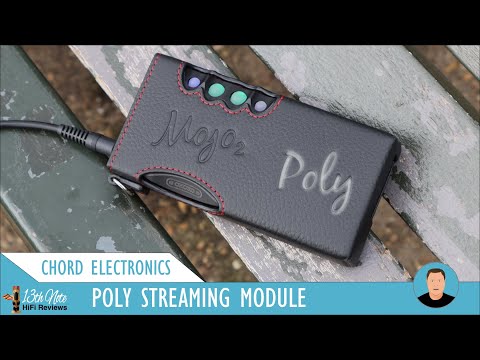 @Audioholic, thanks for the suggestions. However, the challenge is using the Poly with Roon ARC. AFAIK, this is only possible with Bluetooth, which limits PCM to 44.1 kHz.

The Wi-Fi hotspot only works with MPD (Glider/ Rigelian) or DLNA (MConnect.)

have read, that it should be possible to enable the phones WiFi hotspot and connect Poly to that, and then use mconnect with integrated Qobuz (and Tidal) and stream lossless to Poly.

Exactly how I do it! Thanks for understanding. Would love this functionality from ARC. I would think ROON would want people to have the convenience of playing Tidal or Qobuz tracks at the same resolution through ARC on the phone that they can through mconnect.

Would love this functionality from ARC. I would think ROON would want people to have the convenience of playing Tidal or Qobuz tracks at the same resolution through ARC on the phone that they can through mconnect.

You’re missing the point: this functionality doesn’t exist in apps. MPlayer–a DLNA player-- connects to a DLNA server running on the Poly. Likewise, iOS, not the apps, cast using Bluetooth and Airplay.

I suspect the total number of people in the world who own a Chord Poly is not enough for Roon to invest time and effort, even if it was feasible. Use a wired connection from phone to Mojo 2.