Roon as an output channel for other sources? Ugh, but maybe

I won’t go into the discussion about if this is easy or not, but I would find this solution very helpful.

I would love to be able to install a ROON input device (or as part of the ROON software already installed) on any computer on my network and send the sound through my ROON server.

I use a laptop for DRC measurements. If I could route REW measurement signals through ROON with convolver, it would be much easier to measure the effects of DRC.

I would love if Roon could create a window audio output, I have imported my room correction in Roon from REW, but obviously only music played with Roon is affected. YouTube, other online music like Spotify, movies and so on does not benefit from the convolution done in Roon.

If Roon would create an audio device, and do all DSP and other magic in there before sending it to output, it would be easy to just set the Roon device as default output in Windows and everything played would benefit from Roon DSP.

I did room correction in REW, and imported the settings into Roon and it sounds excellent. But sometimes I play games or watch YouTube, and sometimes I use Spotify to listen to stuff that’s not available in Tidal, and then I run into problems: no room correction available.

It should be noted that I sit in a small room with concrete walls, so room correction makes an almost ridiculous difference. Listening without it is horror for both me and my neighbors

If Roon could optionally create an audio endpoint, and do all DSP in there (similar to for example Dirac), then this problem would go away. Any plans for that, or some other way to solve the problems II have?

I have a Roon endpoint as a raspberry PI I want to route my PC sound output via roon to this endpoint. e.g. if I am playing a game on my PC or streaming a video on the PC I want to send the audio stream to the device using Roon. I do not (for long an involved reasons) want to send the output via Toslink etc… but want to send via Ethernet to Roon.

I have no idea if this is possible but I suspect not, can anyone point me in the right direction.

Not at the moment, I’ve moved your post into this feature request topic.

Occasionally I like to play something from Amazon through headphones connected to my Win10 Pro x64 system (where Roon itself runs). Is it possible to get the output to go to Roon and thence to my stereo system (since, I think, Amazon playback is MP3, it wouldn’t be the very highest quality of music, but it’d be nice)? I’ve established that I can use Roon to play into the headphones (when something else isn’t using them), but is it possible to send the output to Roon?

The headphones I question are described in Control Panel/Sound as “Realtek High Definition Audio.” The device driver is supplied by Realtek. In Roon’s Settings/Audio, the concerned device is described as “WASAPI,” and under Playback, Bit-Perfect Format Support applies (that is, in green) to 44.1 kHz, 48 kHz, 96 kHz and 192 kHz.

The only “built in” non-library input at the moment is Internet Radio which accepts a URL of streaming MP3 or AAC formats.

There has been discussion about creating a more generalised input channel, but I don’t believe it has risen to the status of a forthcoming feature at this stage.

Hi @James_Antognini,
Others have also been requesting this type of feature, I’ve merged your post into this feature request topic.

I think a simpler approach would be to route all audio through the Roon Bridge? In Linux this is possible with both ALSA and uuummmm PulseAudio (me pukes)

In my case my main system is a Linux system and its also a roon bridge. An option to route audio through the bridge or other bridges would solve this. Though I can see how this can be problematic in the Windows world…

My general question is whether Roon can take the the digital output of an external device (such as digital out from a CD transport) and run DSP/convolution on it?

If so, how does one set this up?

Specifically I am trying to get Roon to “see” a PS Audio NuWave Phono Converter. This device can digitise vinyl playback on the fly and send it to my mac mini.
Roon server runs on the same mac mini

Hi @Trevor_Nathan
Others have also been requesting this type of feature, I’ve merged your post into this feature request topic.

2 posts were split to a new topic: Digitise vinyl playback on the fly

I have a Aurender X-725 DAC/Amp with just one digital input.
A USB input.
I use this amp with a pair of KEF LS50 for music while I am working.
But also the sounds from my PC I want to hear.
I wanted the best sound here.
So I connected a microRendu streamer to the USB input of the dac/amp.
Roonready and I like the combination and the sound.
But…no sound of my computer anymore.
I tried everything and came to the best (for me) solution:
Instal TuneBlade and VB-Audio Virtual Cable on your computer
Instal and activate Shairport on the microRendu.
Make the settings in TuneBlade (sends airplay signal to the Shaitport of the microRendu or other Airplay receivers). 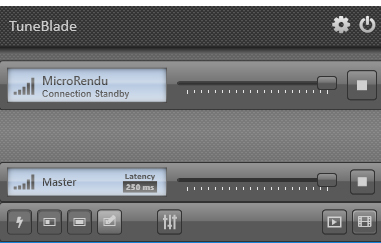 When I want to hear music in RoonReady I switch the Audio App Switcher of the microRendu to RoonReady.

When I want to hear any sound of my computer I switch the Audio App Switcher of the microRendu to Shaireport. Shaireport is Airplay quality.

@danny @brian is this on the roadmap now? Moving up the list of nice features? I’d love to see ‘the input device’ implemented. How about using a microRendu, a Pi or a Cubox (or any of the suitable small computers) to transmit a stream back to Core for processing and distribution… Don’t make it too complicated, just PCM to start with. Good for the DSP engine. I know the demand for DSD and a lot of other features would turn up very quickly! Don’t let that stop you…it can be added later.

@danny @brian Bad timing on my post. Sorry about that! New release out so I guess you’re busy dealing with related issues. Good news for me as I own a Devialet 250 Pro

Why is VB virtual cable required with TuneBlade? How is it set up? 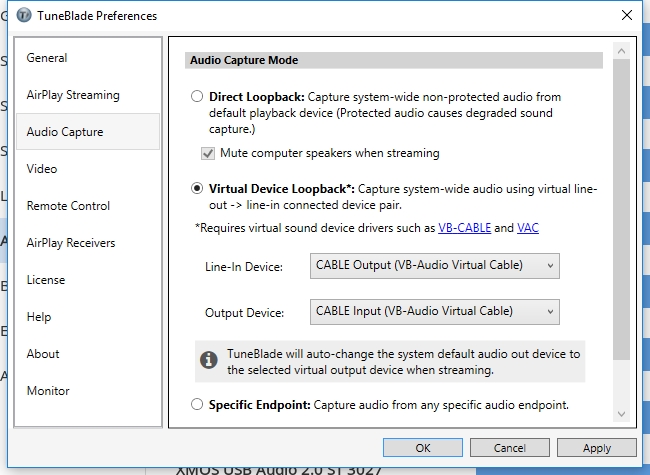 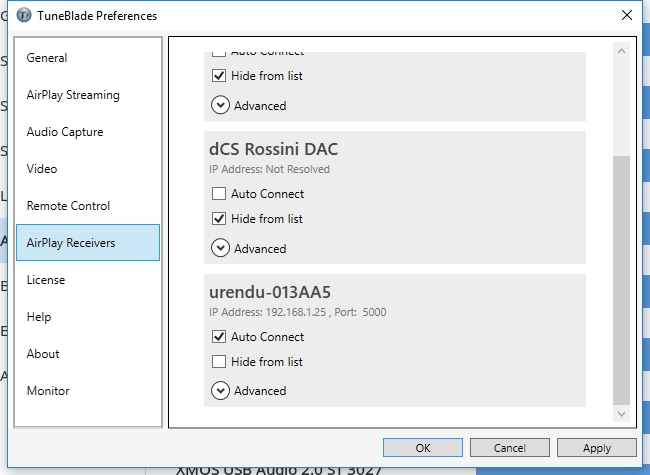 Thanks! Will try it out.

EDIT: Just set it up and it works great. I have RoonBridge and Shairport installed with DietPi and can switch back and forth easily.

This would be very useful to me as well. Right now I use Bluetooth to send non-Roon audio (from Youtube, for instance) to the endpoint connected to my audio system. But doing it through Roon seems cleaner and would save me from having to get up and switch inputs on the amp.