Roon does not see my aiff file

This weekend I bought ‘Four Four Three (Music of Terry Riley)’ on the site from channelclassics.com.
This music consists of two files, both FLAC 24bit 192kHz files (2,283.8 MB total):

I converted these files to aiff files who are also 24bit 192kHz.
My complete collection is in aiff.
Now I only see the file ‘Sunrise of the planetary dream collector’.

When I put the flac files on my server I see both music files.

Did you try and search for In C in Roon?

Maybe pull the aiff files out of your library and add the flac and see if Roon sees both.

Thanks, but I tried to search for it and did not find it.
I have the flac files and the aiff files in my library, Roon sees everything except the ‘In C’ aiff file.
I forgot to say that the file ‘In C’ is 2.4 GB, is that maybe the problem?
The flac file is ‘only’ 1.4 GB.

How does the Album show in your library? Is Roon showing two Four Four Three albums, with both songs in flac in one album and one with the one aiff song in the other?

Maybe a screenshot of the Artist page and the album?

I’m wondering if you have Settings>General>Show Hidden Albums to yes or no?

I’m not aware of a maximum file size.

Maybe the aiff file is corrupt. You could try and re-rip.

I’m going to try all your suggestions.
And I’ll also make screenshots.

I just googled the internet and on the Apple site I found the following:

So I’m also going to try to split the file into two parts.
Maybe that works.

Later this week I will show my findings

I’m still not sure why you are not leaving it FLAC.

I’ve just tested all the possibilities. 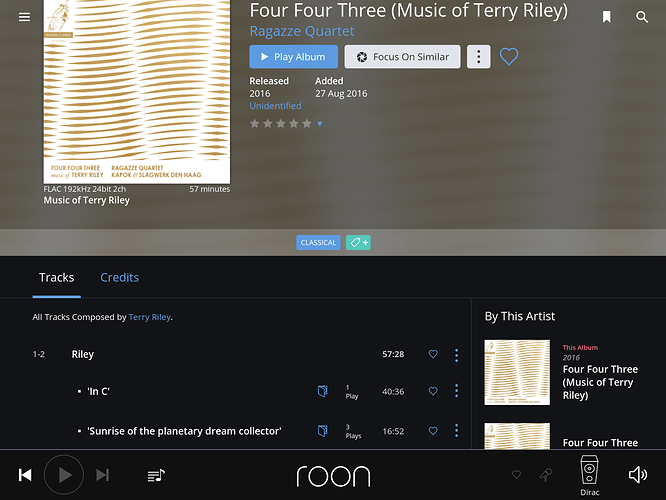 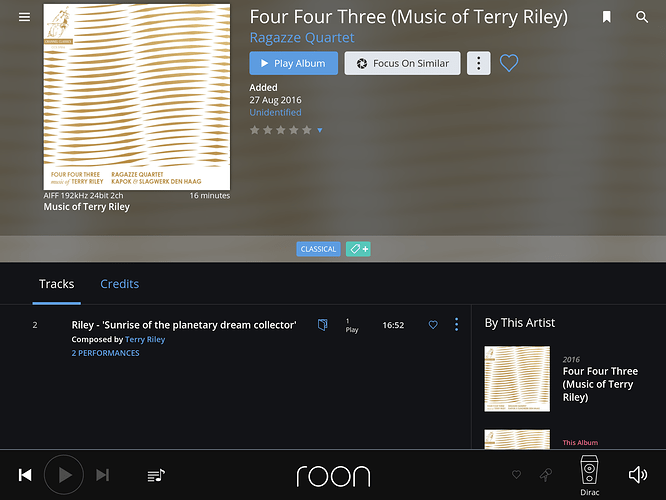 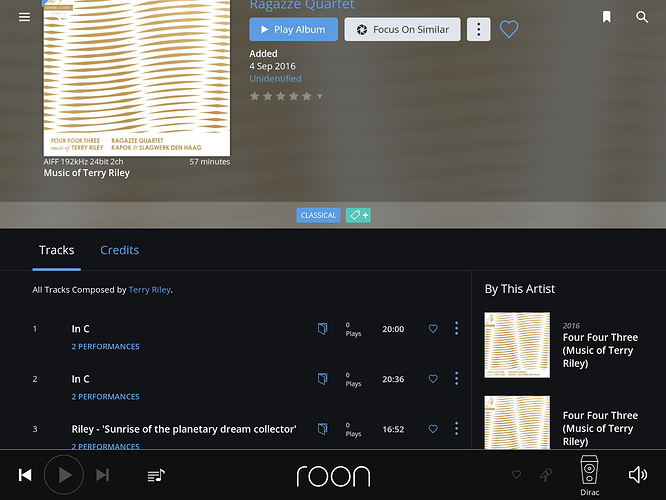 In Adobe Audition was a message: “AIFF does not support file sizes greater than 2GB”

So: do not render or upsample to files bigger than 2GB when using Aiff as default format.