I have two recordings of the Sibelius Karelia suite in my library. Both albums are properly identified. During the identification process, the appropriate tracks are properly identified as the Karelia Suite. However, when viewing the albums, the work is incorrectly displayed as Väinö’s Song (Op.110) in both cases. Note the appended zero in the opus number. Interestingly, when the tracks are played, the correct title (Karelia Suite) appears in the Playback bar at the bottom of the screen. 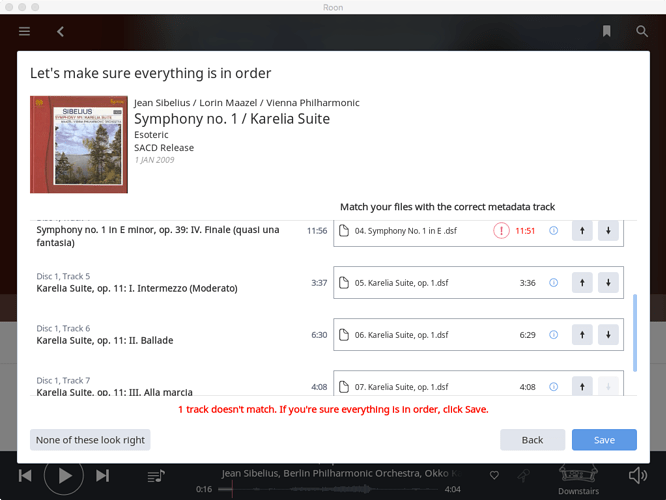 To be clear, this is an issue with the metadata for the work itself, not the specific album. Here is another correctly identified album with the same Op 11 vs Op 110 issue. 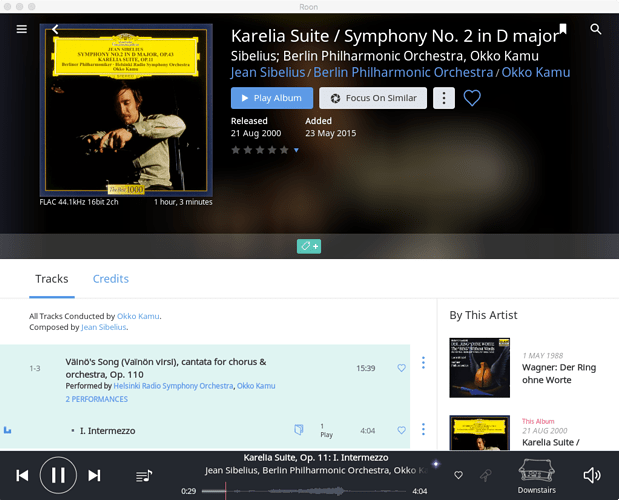 Any updates about this misassigned work metadata? @joel

Are there any updates about the misapplied metadata for this particular work (not Album)? I know things have been busy with the 1.3 rollout.

I’ve detected the same problem with a lot of Bach cantatas, where many catalog numbers are “renumbered” with an added 0, so they are identified as completely different works.

I have a problem with the compositions detection in classical works. I have found that more than often, in albums identified succesfully, with all files matching, the compositions are wrong. It seems like the catalog number is not read well, so the Bach Italian Concerto BWV 971 can be read as Cantata “In Allen Meinen Taten” BWV 97. There’s lots of examples like these. Any easy solution to this?

Hey guys. I’ve identified and fixed the problem (for all of these cases). The changed code touches a lot of metadata, so we need to test this for a few days before releasing it to production.

Thanks for raising these issues and your patience!

Excellent! Thanks for tracking this down.

Here’s another work misidentification, though I’m not sure it belongs in the same category since there is no simple opus numeral addition. However, the behavior of seemingly properly identified Album tracks leading to an improperly displayed work is consistent. I’ll see if this resolves once the broader fix is pushed out, but will log it here so I don’t forget. (Now I’ll be patient for the coming broader fix, which I realize may take a while.) 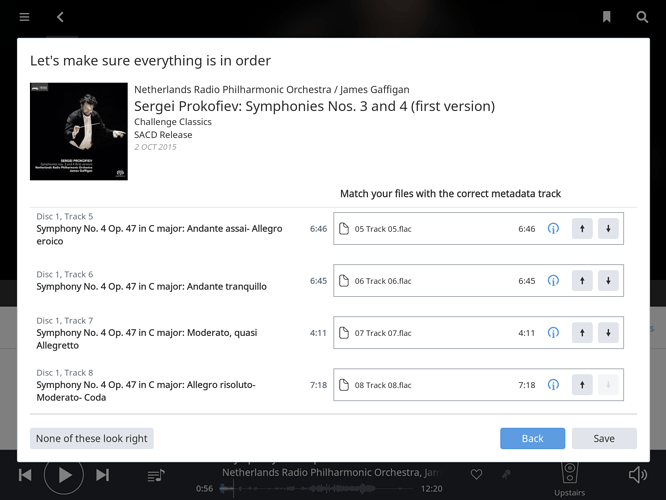 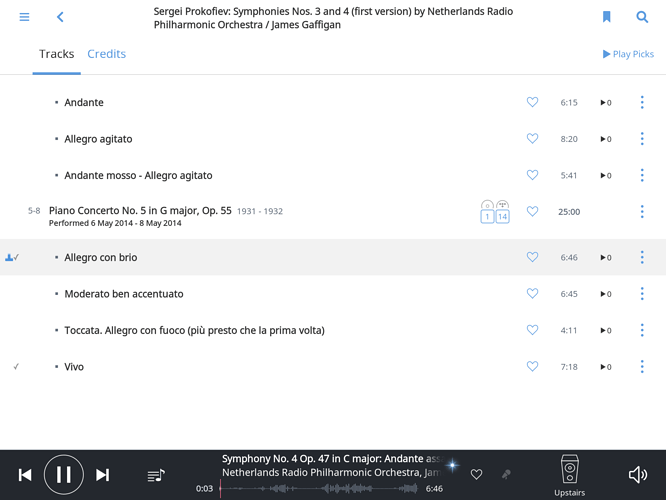 The code fix for Opus “upgrading” is now live. You can try re-identifying; otherwise, the correct metadata will filter into your libraries within a week.

Thanks again for letting us know and apologies once more for the inconvenience.

I just re-identified, and still see Op. 11 shown as Op. 110. As before the fix, in the Track Matching screen of the Album Identification procedure, the tracks appear to be correct. However, when I Save and look at the Album screen, I still see Op. 110. Also as before, the Part/Movement titles correctly match those for Op. 11. It is only the Work/Composition title that indicates Op. 110. 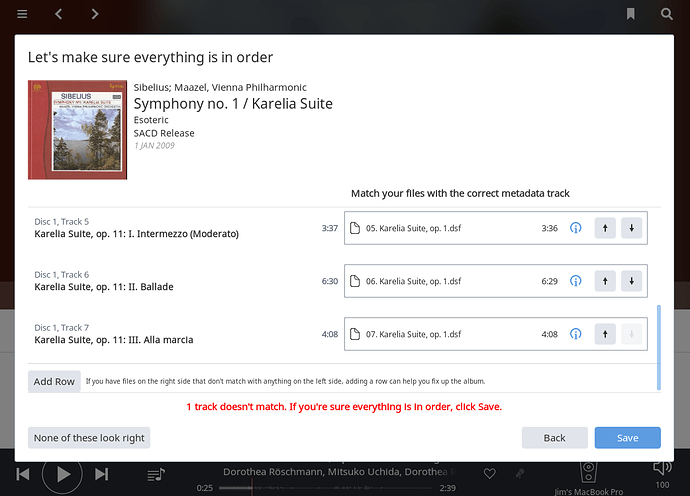 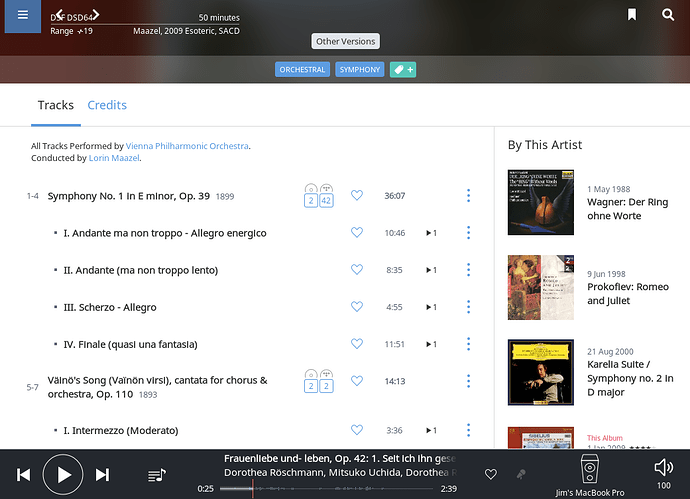 Okay, thanks Jim. I expect this one will need to be updated by the automated metadata update process in your library.

OK. I’ll check back in a few weeks.

The problem remains with Bach Cantatas as well. We’ll have to wait it seems. I guess Johann Sebastian will not bother a few weeks.

Thank you for your work.

After two weeks and another re-indentification of the album(s), I still see the Op. 11 --> Op. 110 “upgrade” for this particular work.

Thanks for reporting back Jim. We’re looking into this.

This is really weird. I have Roon installed in a mac mini with 2 partitions, one with macOS Sierra, and other with Windows 10 using Bootcamp. So I’ve tried Roon in both operating systems, and to my surprise I’ve found that the issues with bad works identifying only happen in windows. In macOS everything is ok. Any clue?

@antonio_angel_perdom I have the problem on Mac and Windows cores equally, as far as I can tell.

@JWC As extra info I also observe that Brahms op. 5 correctly tagged on an unidentified disc of mine, is incorrectly caught as Brahms op. 50, not once but twice (two different performances on different discs in a box). The trailing zero is obviously in common.