Hi Everyone and Support

I have an HP 64bit PC running Windows 10. ITunes library is the only file that Roon points to besides a Tital account Hi Rez. I run Ethernet to an Allo USBridge with Diet Pi that is a Roon bridge with RAAT. This feeds a Nuprime DAC-9. Roon Remote runs on an IPhone 7. I lose the connection often, every 3 to 15 minutes or so. Music keeps playing but if I am browsing the screen flashes “lost connection” and then goes back to the “album” screen or “Artist” screen, whatever I happened to be on. Yesterday after a lost connection and coming back, the “album” screen was blank. Could not get it back without restarting the PC. I have tried reloading the Roon Connect App. No difference. I have restarted PC based Roon Core. No difference. Any suggestions would be greatly appreciated. I want this to work! 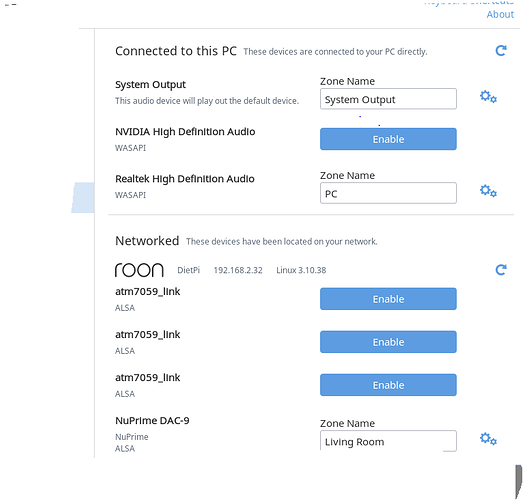 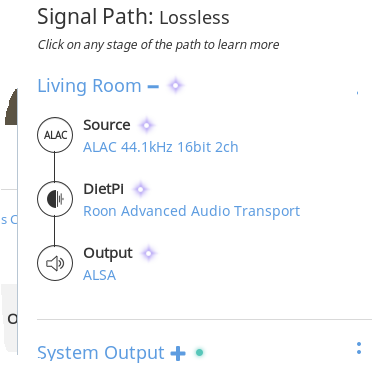 Hi @Chris_Hornsby ---- Thank you for the report and sharing your feedback with us. Both are appreciated!

Moving forward, may I very kindly ask you to provide me with the following information:

I have a similar problem. I have Rock on Nuc, wired to network bridge. Remote works fine on PC and Android phone, however since the beginning of the week the tablet (also Android) keeps losing connection more and more often. Only way is to restart the tablet as suggested in some old thread - restarting the server or network doesn’t change a thing. Tablet will see the server as initializing even though it is up and running (curiously it also sees the PC as a Roon endpoint but I cannot connect directly to it.

Hi @its_me ---- Thank you for chiming in and sharing your observations with us. The feedback is appreciated!

Moving forward, to help us better understand this issue you are experiencing may I very kindly ask you to please provide the following information:

Network is managec by a Netgear X4S router and complemented by an EX7000 extender. Rock is wired to the extender, so are the NAS and the Sonore network player. Aside from this issue with the tablet and Roon, all else works flawlessly via Wifi (). As Roon remotes I se the tablet, Android phones and a PC. All IPs are dynamic and managed by the router.

I’ve reinstalled Roon and had the same issue, but after resetting the table it’s working fine since one hour or so. I’ll investigate more if (when?) the problem happens again.

I checked firewalls and they were not allowing Roon. Corrected that, restarted everything, and all seems well. No lost connections. I am now a paying member. This is my first experience with computer audio. At the same time I ran Ethernet cable, installed an Allo USBridge and connected it to a Nuprime DAC, installed Roon…and it all worked! Sound from my system is outstanding. Very positive experience. Roon is a great product.

Hi @its_me ----- Thank you for the follow up and sharing your observations with me after you had went ahead an reset the tablet. Very appreciated!

Moving forward, I wanted to check in an see how it has been holding up since you last port. Let me know and if further assistance is required I will be glad to help

Hi Eric, sorry for taking so long to give some feedback. Upon reinstalling, I still had issues connecting for a while. After restarting both Rock and the tablet, the latter connected fine for about a week until I decided to type you an answer - believe it or not. Now I get one connection issue every few days, which still can only be cleared if I restart the tablet. Couldn’t find anything wrong with the network yet, everything else seems to be working just fine.

Hi @its_me ----- Thank you for the follow up, it’s good to hear from you! I appreciate the update and no apology necessary

Moving forward, since your most recent post have there been any new observations or progress made here in regard to the Samsung Galaxy S2 staying in stable communication with your core machine? Let me know.

Furthermore, I re-read through my notes on this issue as well as your previous posts to remind myself as to where we left off. Looking back over these items the bit of information that jumps out at me immediately was in regard to your network configuration, more specifically the use of the mentioned EX7000 extender:

Network is managec by a Netgear X4S router and complemented by an EX7000 extender. Rock is wired to the extender, so are the NAS and the Sonore network player.

By chance, during your troubleshooting have you tried testing your setup with the mentioned audio components (NUC, NAS, and Sonore network player) mounted directly to the Netgear X4S router? I think it would be unwise at this time to “point the finger” at the extender but the reason I ask is because we have seen some issues pop up in the past when extenders are mixed into the chain of communication. Which is why we always recommend the use of a “true” mesh based network.

Thanks for your answer. There were no mesh networks with wired connections at the time I bought this extender, and in a quick search there’s not too many on the market right now (Netgear Orbi and…?). Aside from that, what I don’t like about mesh netowrks is that they’re not very configurable and for me that’s a big thing. Honestly, for me the only task of the extender is to connect Rock to a DCHP server since Rock cannot handle a network on its own - and of course the data path from NAS->Rock->UltraRendu must be wired.

Back to the issue, what I could not yet figure out is why the problem only happens with Roon remote app - I can still access the server normally via http when this happens, therefore I cannot find anything wrong with the network at this time. From a third machine, I can still ping the tablet and Rock normally so I’m now quite confident that the devices are properly connected when this happens. Perhaps the Remote uses different port ranges and those become unavailable somehow? Would that be possible?

Anywhow, a new behaviour has emerged (don’t ask me how): now when the device is first connected to the network, the remote normally takes a long time to connect (more than 10 s typically) and it loads with a blank screen (only the play bar). That was not the case before. The remote still gets ‘disconnected’ eventually.

ps. the connection on the extender is great, it sits just a few meters from the router. It’s just me who refuses to run a cable across the room

Hi @its_me ----- Thank you for touching base with me, very appreciated!

In regard to network extenders in general, we have seen times were these devices have worked “well” (or “ok”) and we’ve seen other times that they barely work at all despite normal internet traffic passing through them just fine. In my most humble opinion I still think that the proposed test would be a good data point for us to have, based on our past experiences with these devices (i.e network extenders). I must be clear that I am in no way proposing re-configuring your setup permanently, rather the suggesting is a means to try and isolate a variable in order to get a better grasp on why you are experiencing this behavior with the mentioned remote device.

Let me know what you think and we can proceed from there. Many thanks!
-Eric

Hi Eric, long time since I don’t log in here so I forgot to post you a response. I could not try the method you suggested since the odd behaviour disappeared after one of the Roon updates, therefore I could not reproduce the issue anymore. Unfortunately there were quite a few updates over a short time span so I’m unable to point out to you exactly which one solved the issue. I have not touched the hardware at all…

Hi @its_me no worries on the response time

Hope all has been well!

I just wanted to make sure before closing out this thread that the your remote device(s) are stable.

Let me know, thanks!
-Eric

A post was split to a new topic: Remote connectivity issues between IOS devices and Salk Stream III (Roon core)

I think I’m having the same problem with my new apple tablet. Could you tell me how to adjust my firewall settings in Windows 10? I’m also using Webroot and Malwarebyts.