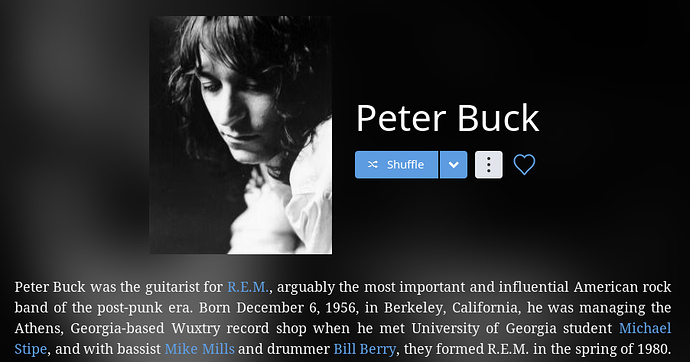 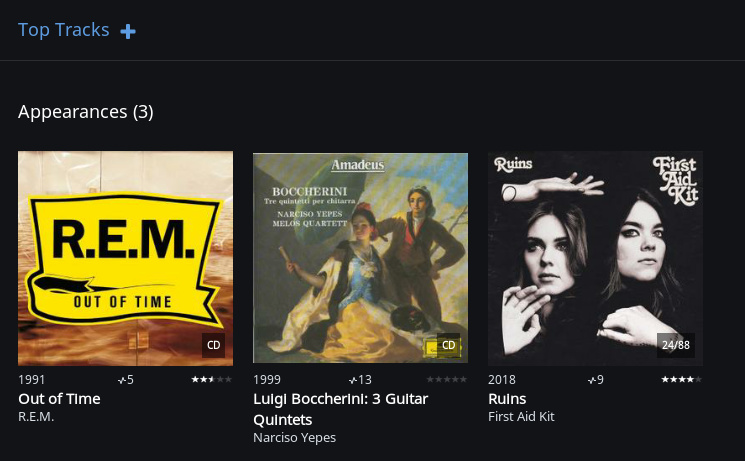 this peter buck is not the cellist playing in narciso yepes album: 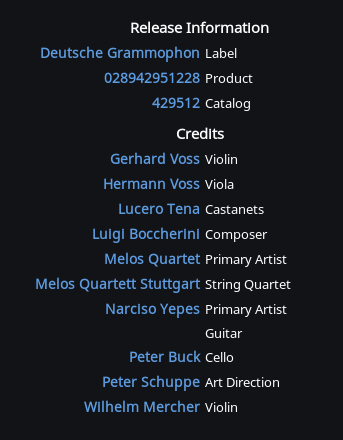 who should be this: if he’s not in your DB credits, it must be in my files tags. and i do not have another album with the same cellist (as far as i am aware of)

i can do it (i guess), but… how it comes that roon matches an unknown artist (in its DB) to another known one? in general, i would say that roon should create an empty artist page (just the name) for the unknown artist, and not trying a guess…

how it comes that roon matches an unknown artist (in its DB) to another known one?

It’s a best effort scenario. Most of the time, this is the correct thing to do; unfortunately sometimes it’s not. Actually this highlights the weakness of all non-ID-based tagging systems.

I disagree on that since it’s simply wrong.
I stumbled across more but just a few combinations where the linkage between artist and an existing album clarifies this more accurate but what roon does here. I also pointed out that even your (roon) beloved metadata provider Allm… got these things right while roon fails.

To fix such miseries isn’t as easy as described.
I detected that roon added 2 albums to an unknown artists. But this isn’t 1 artist, it’s 2 differnt ones both unknown to roon.
If you then add a new artist identically named and want to link on the albums to this newly created artist you get a representation where 2 identical artists are shown, both without artitstart and you can’t easily say which one’s which.

But I agree on to your sentence about the ID-based things. Should I point out that it would be as helpfull to see the roon internal id’s to get the issue solved desctibed below? Since without it’s a real pain. I thought I’m done since now both identically named unknown artists have 1 album each as it should be.
But when I look at the artist, the other album still does appear under the ‘Appearances’ section. So I must have mixed up the ‘artistname’ at one stage where I should have better used the other equally named ‘artistname’.

and it’s pretty hard to find out at which stage I made this mistake since all names are identical.