Have had this issue on an off over the years – it’s back! My library is about 1250 albums. Running on Mac OS X Mojave 10.14. NAS is SonicTransporter i5 running via Ethernet to MSB Reference DAC. Roon will quickly and easily “identify” the album, including artwork, but when it “saves,” the default black-and-white generic photo remains, and the album artwork does not appear. In the past, I have worked around this by tediously Googling and downloading album covers and “editing” the file for each album to use the art that I found – but each time you release a new version of Roon, those artwork covers vanish, and we’re back to generic black-and-white pictures with no ability to save album artwork.

Just to verify, does this affect all albums?

Can you share a screenshot of Settings > Library > Import Settings?

Not all albums, maybe 1 in 3. Screenshot coming soon. 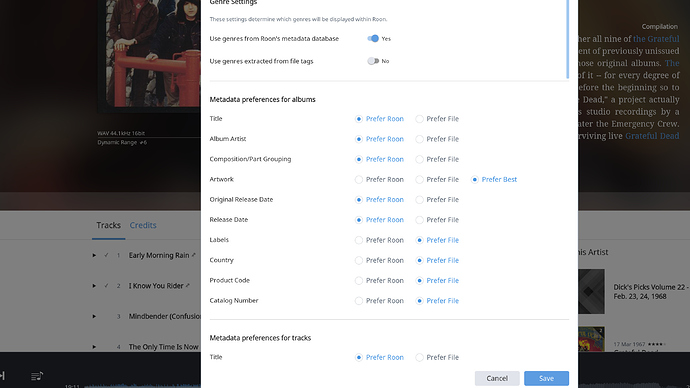 I appreciate the screenshot, @Michael_Steinberg.

Could you share an example of one of the albums that is experiencing this? Screenshots of the album page and the Album Artwork section of Edit for the album will help.

Dylan, here is a random example of an album that illustrates the problem. You can see that Roon quickly found the artwork, but then failed to save it. If you would like more examples, I can easily provide them. Many thanks! 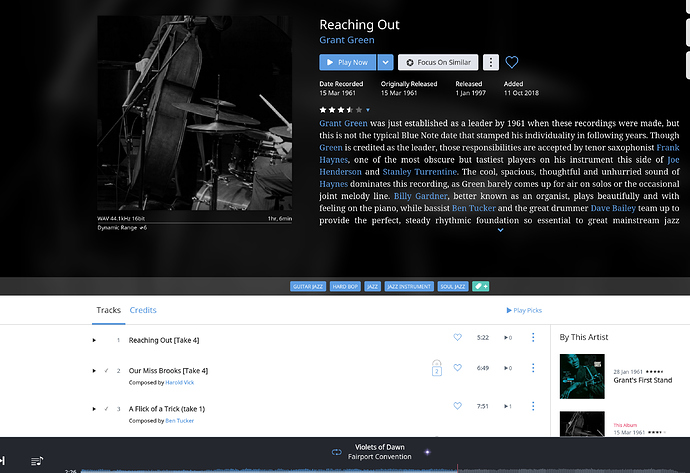 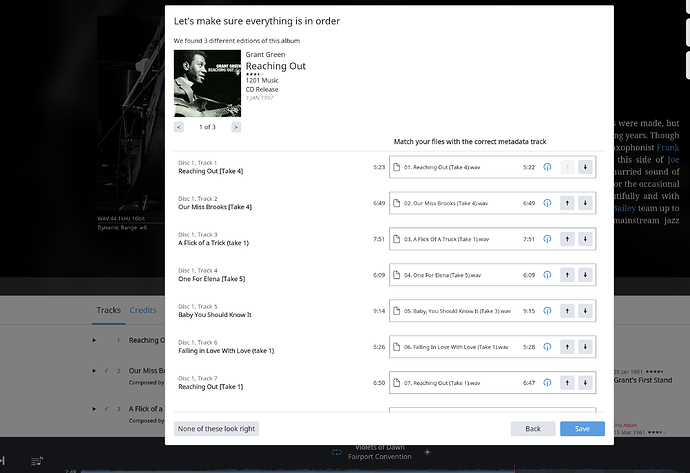 I realize now you wanted a different screenshot, so here it is. 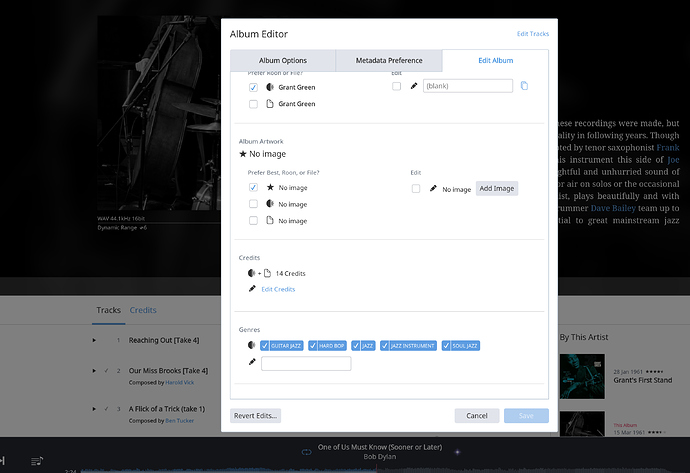 Thanks for the follow up @Michael_Steinberg and providing the screenshots requested in @dylan’s post above. Very appreciated!

Continuing forward, I have a few more questions regarding this behavior you are experiencing with you artwork. Kindly see below. Thanks!

I don’t think I can easily “reimport” as the metadata are stored on my SonicTransporter, not on a physical disc. Do you mean delete the album from Roon and then have it added again in a rescan? I guess I could try that… But I don’t really think the fault lies with the importation…

If you go to Edit for an album and choose re-scan, does this yield any changes for you? 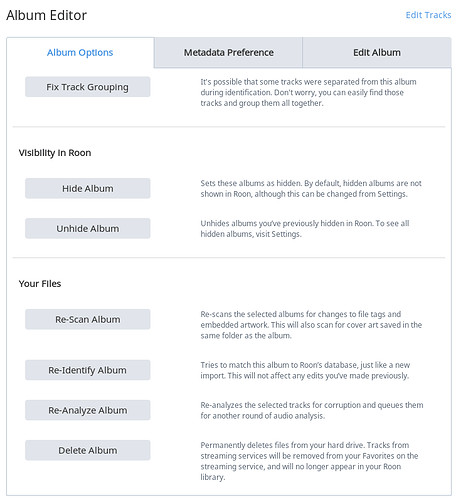 If you are recommending changing the settings to “prefer Roon” for artwork and image, I can do that. Is that a recommendation?

This would definitely be a great data point in our investigation into this behavior you are experiencing. While you can have it set to any option you’d like long term, temporarily changing this setting and seeing if there is any change in the behavior you’re experiencing will give the team some greater insight into what may be occurring here.

Re-“identifying” definitely isn’t the answer, because when I go to one of these albums with the generic B&W photos and I use Roon to “identify” the album, it brings up the correct artwork most of the time. Yet when I click on “save,” the tracks are saved, and the artwork is not.

Can you go through the process of identifying one of these albums and make a note of the time in which you do so. Respond here with the timestamp and I can enable diagnostics on your account so the team can take a closer look.

Thanks, Dylan! Here’s what I can report so far:

Kindly let me know what else I can do to be helpful here. I will be offline for a while starting in about 7 hours, i.e., 6:00 PM Eastern time today.

Thanks, Dylan! Do I need to do anything else in the meantime?

Nope, there’s nothing else you’ll need to do here. Once the report has reached us the team will take a look and then I’ll reach out as soon as I’ve received their feedback.