Sporadic issue. I sometimes have artifacts dancing all over my screen. Is this a known issue on older Macs? If it’s a function of it being a 2010 Mac Mini, I can live with it. It’ll be replaced eventually. I’m just grateful Roon works at all on this thing. It just messes up all those luscious graphics :-/

If this isn’t a known issue LMK and I’ll post more system-specific details and attempt some captures assuming the condition persists.

Late 2011 MacMini here w/ el capitan. Never had the “artifacts dancing all over my screen” problem.

If no one responds in a few hours, send up a screen shot and describe your system. In particular, what else is running on the Mini, memory, # of tracks in library, headless?.

Hi @Tim_Hartford ---- Thank you for the report and my apologies for the troubles. May I kindly ask you for the following:

30 Yes, always experienced both on the system described above and (less often) on a Mid 2015 iMac connected to a 27" Thunderbolt display at my office. If memory serves, the problem at the office usually (perhaps always) occurred when the Roon window was positioned on the the Thunderbolt display 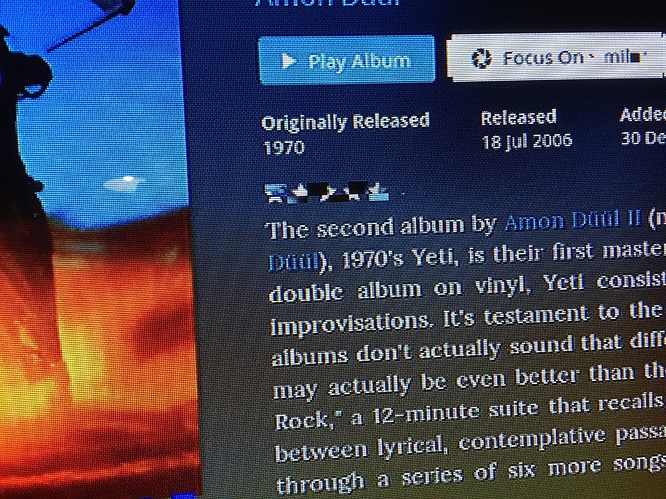 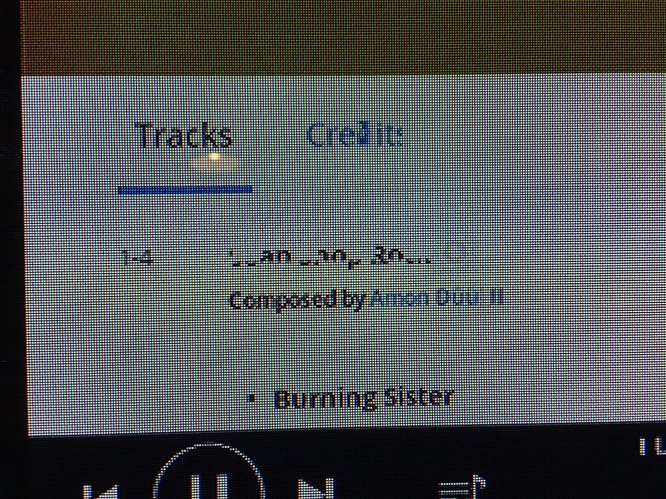 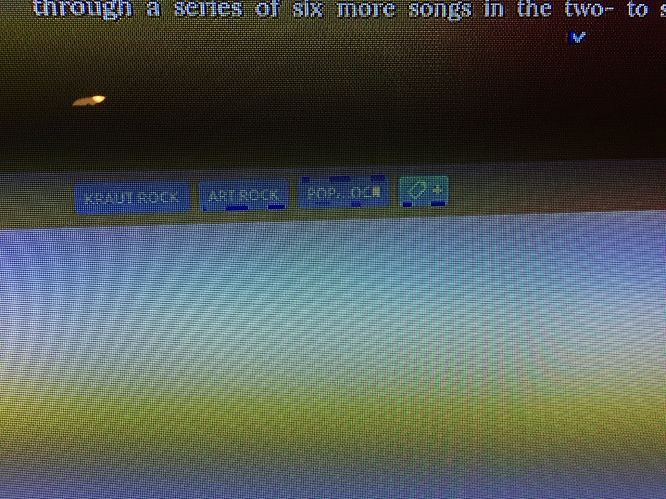 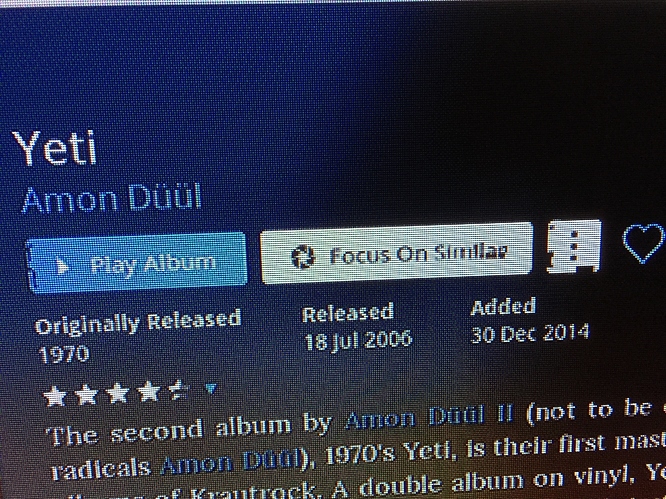 The artifacts tend to “dance” in rhythm to the music. Like a Cabaret Voltaire video.

I had similar artefacts once on my MacBook Pro. But that was not just visible in the Roon application. Also other applications showed some graphic glitches. After a reboot everything was normal again.

this is caused by low amounts of available video memory.

i got this on my older mac mini as well, especially if i ran lightroom or photoshop

Hmm. Only running Roon and HQ Player presently on the Mac Mini. I will reboot and revisit. Thanks!

I am seeing this sometimes on my headless MacMini 2010. It runs the complete Roon, but is only used as Bridge. (My Library is on my QNAP NAS)
I do NOT have any screen connected to this Mini, only ethernet, power cord, optical and USB to DAC.
Thought it was a “remote desktop” issue!

Hi @Tim_Hartford & @Mikael_Ollars ---- I just wanted to touch base to reiterate what Danny had pointed out, that this is indeed a side effect of the graphic card in the machines running low on memory. I would however, like to humbly suggest a work around that may help you both avoid this issue.

I would suggest running roon server on these devices (download can be found here) and then controlling the device from another piece equipment acting as a remote.

Thanks @Eric, i agree that a dedicated purpose would be better. I did, however, start my Roon addiction using this machine as both server and endpoint.
Which brings me to a question:
Where can i find hardware/software reqs. for the different software packages on the download page?

Thanks @Eric. I do that about 90% of the time anyway. At some point if Apple releases a worthwhile MacMini upgrade I’ll take a look at that remedy.

Thanks @Eric, but what are the OS/hardware reqs for running a “Player” on an older MacMini? (Still Intel Dual Core though)
Or would i have to reinstall it with a Windows or Linux OS? This is the kind of information i expect to find in a manual on a product.

Hi @Mikael_Ollars ---- ---- In regard to your question, the “player” you’re referring to is the Roon Core, and for that we require the following:

Your setup should work, but if you have other applications that rely heavily on GPU and memory usage running alongside roon, this problem will persist.

Once again, thank you @Eric for your patience and support!
I was unclear as i have yet to adapt to the different vocabulary of the Roon-isphere!

What i was looking for, was the hard- and software requrements to run a Roon Bridge on an older Mac, and i actually think i found it!

Even if this page does not imply what hardwäre is suitable, it indirectly states that you need to be running Mac OS X 10.8 or newer (Mountain Lion)
Roon Bridge
So, question answered!

And to eliminate any strange screen artefacts i simply uninstalled Roon (the complete one) and then installed a Bridge on my MacMini (mid 2010)
I didn’t even have to reconfigure my audio endpoints, it still remembered both the optical output and the USB based connection to my Audiobyte Black Dragon.
Yes, it sounds really, really good!

I changed from running Roon to Roon Server on my Mac mini and Thank you, much better experience! Wish I had done this years ago!