Show us your signal path

Maybe it’s just me, but I like to peek at other people’s signal paths whenever a screendump is posted. Interesting to see how others are killing their bit-perfectness. 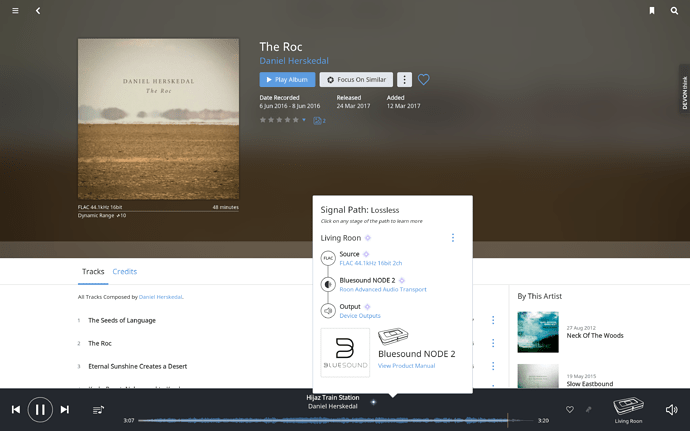 After extensive listening – back to basics.

Me too, here is mine for now: 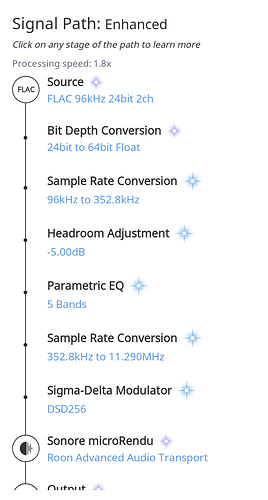 After microRendu there is a Mojo connected to Sennheiser HD800S which I have EQed somewhat to create a profile with more bass for some ECM jazz albums. 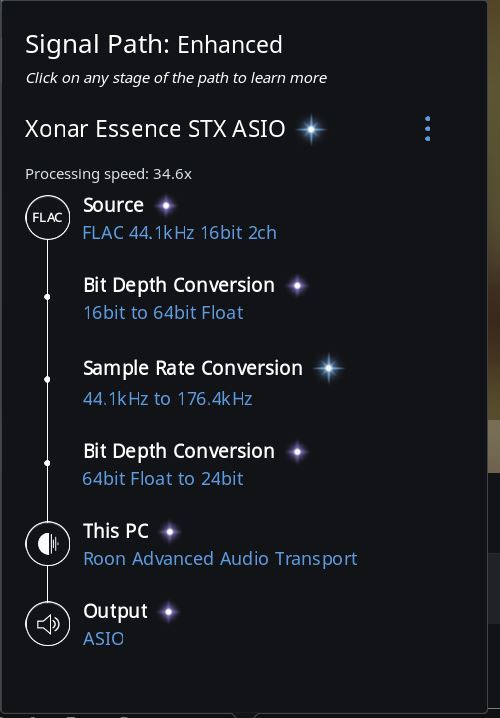 Is it wrong for your signal path to be almost too long for a single screen capture? 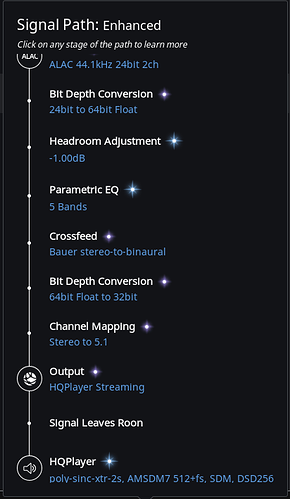 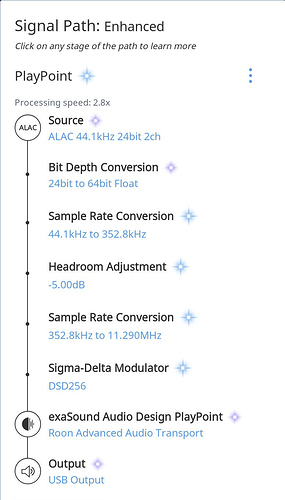 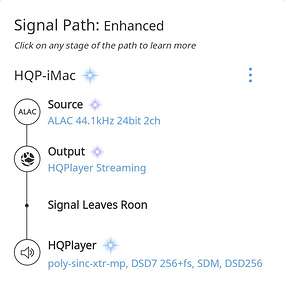 I win, my don’t fit on screen even when maximized and in 2560x1440 resolution 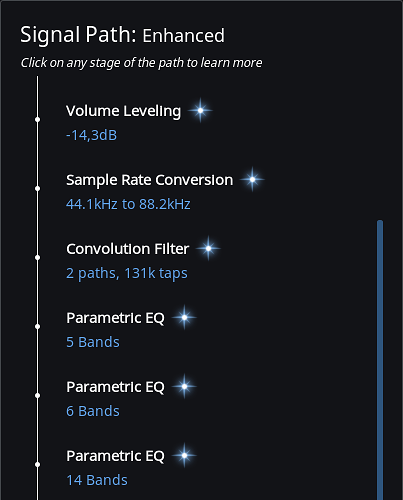 Various corrections done that could be merged, but it does not matter for SQ or performance. 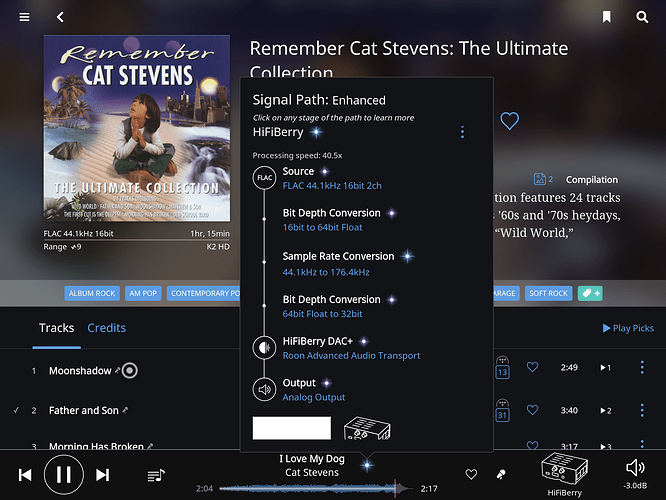 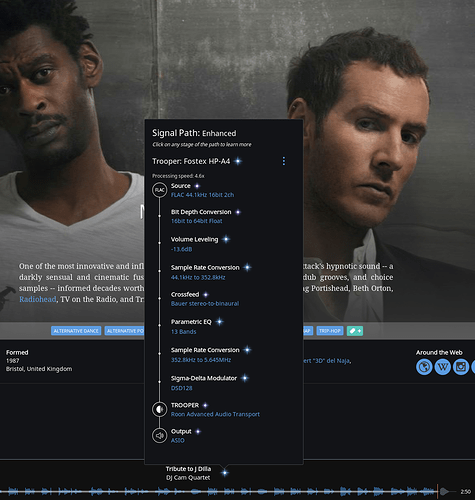 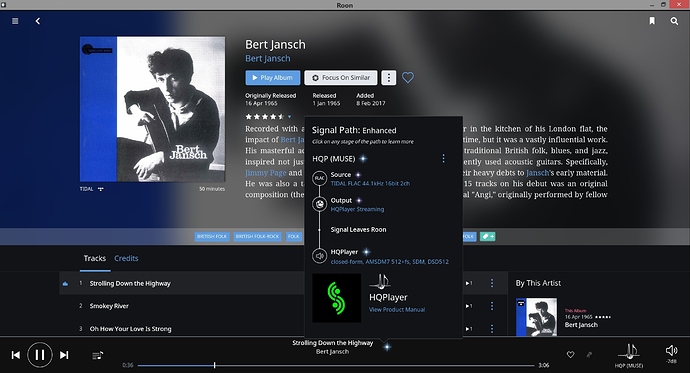 Have reverted to HQP for both convolution and upsampling for the moment. Enjoying the spacious closed form filter again.

A post was split to a new topic: Bluesound Node 2 experiences

Isn’t that the one that takes extra power?

Here’s mine. Just trying upsampling for the first time today… 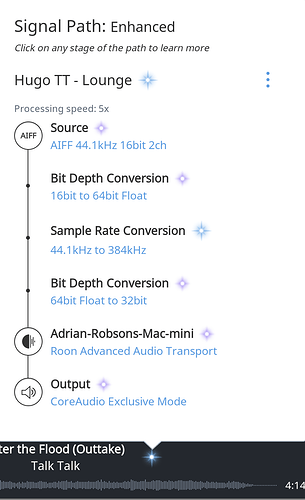 I’m a big believer in ‘less is more’. No magic smoke and mirrors here, just music… 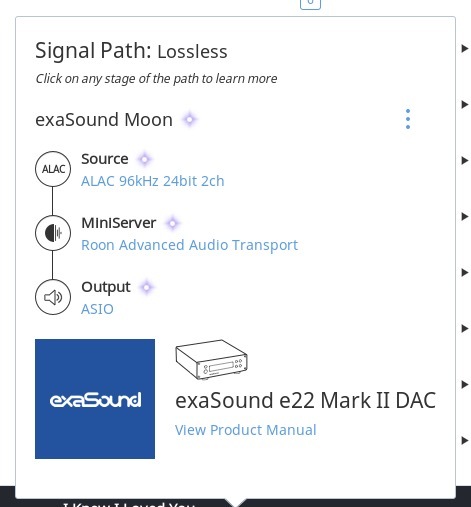 Or as a former prime minister of ours infamously called it “smoke and daggers”.

In HQP and with CUDA enabled, closed-form averages about 25% CPU and poly-sinc-shrt-mp about 28%. I think closed-form might be doing more work in the GPU but haven’t got a tool to check it. 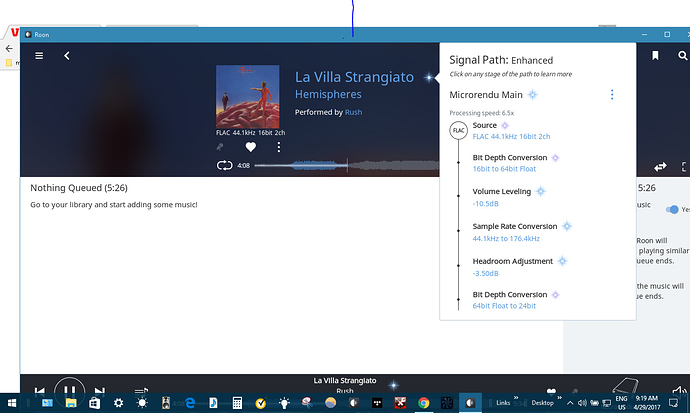 Wow, convolution plus 27 bands of PEQ! Hats off to you.

Very clean and simple these days 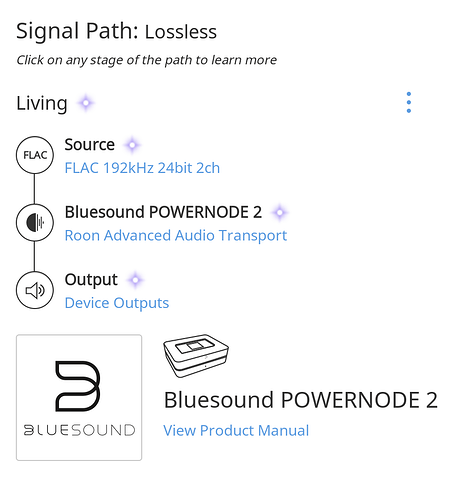 I’m however puzzled with the change in output since build 223… BluOS has been replaced by Device Outputs.
I’ve not heard back from @support on this.

A little bit overkill perhaps, but right now I am running no filters (just a mono-measurement for room correction).