Since the update Roon shows some, but not all Bootlegs, although tagged as “Extended Play” and “Bootleg” under the main album category.

Can you share some screenshots of an example of this, show it appearing in the wrong place and showing the settings with it marked as Extended Play or Bootleg? 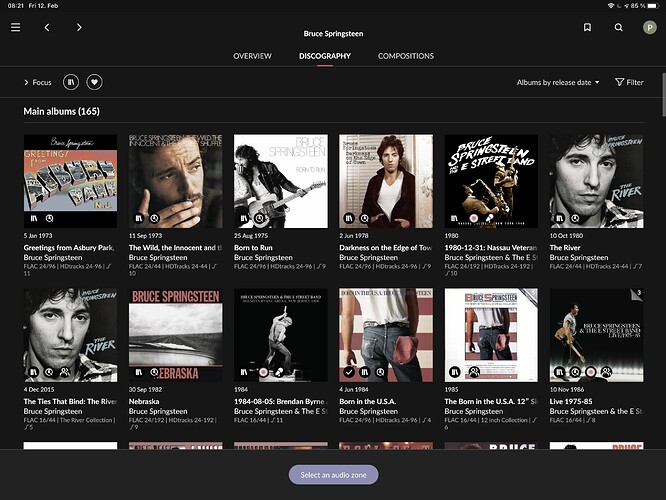 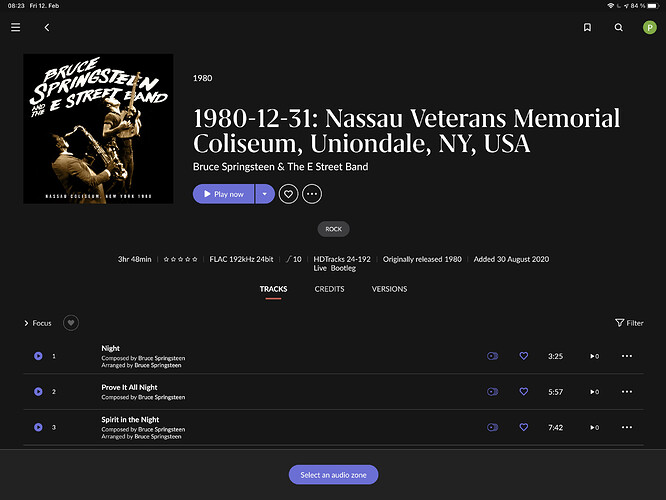 Hi @Rainer_Muller, can you share a screenshot of the album editor for this album, specifically the Album Type field?

I noted it with two albums (quite accidentielly). One is Miles Davis Gemini/Double Image (Rome 1969) bootleg. It’s an unidentified album. With bootleg=no it’s shown in the main album section, with bootleg = yes it is shown nowhere (especially not in the bootleg section). Album editor screenshots: 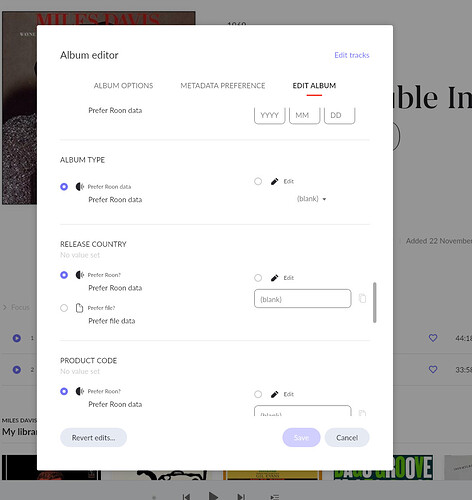 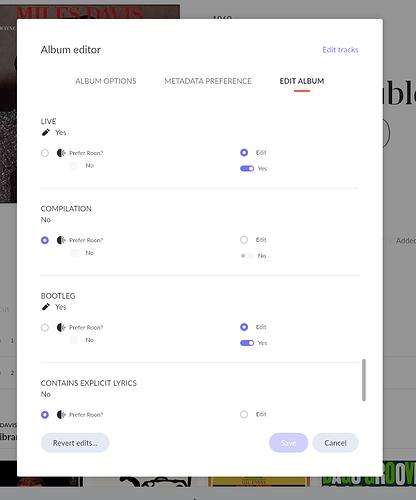 The second one is also my Miles Davis: Call it what it is – Jazz Workshop Boston 1973. This album is identified, same symptoms. Screenshots: 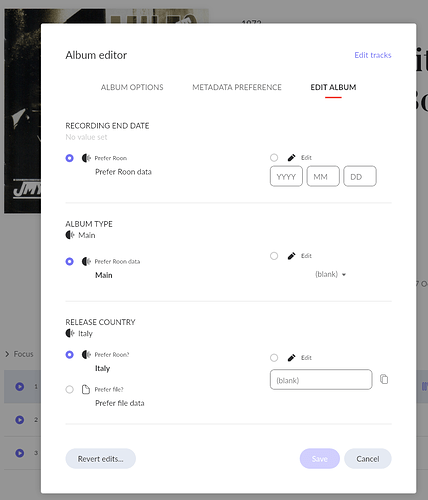 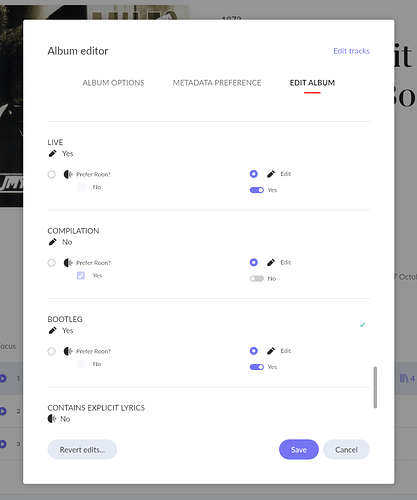 I am seeing this same problem. The number of bootlegs that show up in the “bootlegs” section is truncated, by a significant number. I see this problem on multiple artists, with less than half of the bootleg albums in my library showing up for the artist in the bootleg section (when bootleg=yes). @support.

A post was split to a new topic: My tagged Bootlegs aren’t showing up in Roon