Review just posted (here) on Audiophile Style, formerly Computer Audiophile. Sounds interesting but, of course, we should all put on our tin foil cap before purchasing! 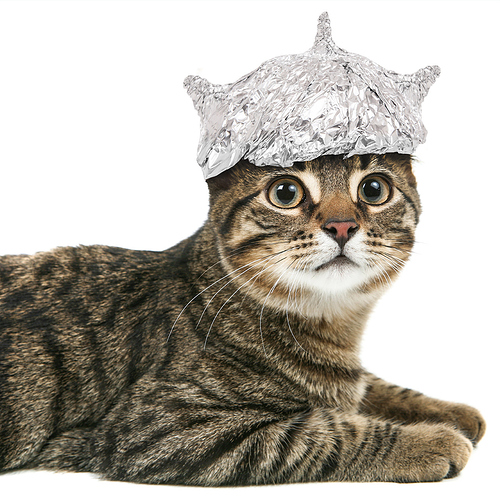 If you buy this, make sure you tell nobody. Otherwise, you will be called the biggest audiophool of all!

The crows are circling… I am feeling it

Well, I for one will be interested in hearing about user experiences as they appear.

I thought that usb reclockers and fancy usb cables were fake news once upon a time but now, after trying them out for myself, I am convinced they do make a difference to SQ. I may never stretch to the eye watering price quoted for this product but it may convince me that an upgrade in network switch could be advantageous.

I agree Stuart. Interesting that the first response from some is so negative. What ever happened to skeptical curiosity? I too have been surprised by some of the improvements in SQ that have resulted from the refinement of components in both the digital and analog realm. The law of diminishing returns is often invoked when you jump from a $30 version of a component to a $1000 version though. It’s hard to imagine it is THAT much better…but I am curious.

Kudos to you for trying out! Good things happen to those who try! What’s the worst thing that can happen if some new “toy” does not bring anything to the table?

It is appalling to read on the Internet the animosity of some self-declared “Audiophiles” on anything progressive in digital, and especially on cables. Any cables.

I can share something with you from a discussion I had on a Facebook group: I offered a guy who was adamant against cables to ship him one of my spare power cords for free. Just to try. No intention to sell whatsoever. Nothing fancy, mid level Isotek. This is what he wrote me back (copy/ paste):

I ——- Thanks mate, but no deal. If it goes against established scientific facts, and haven’t even passed a double blind test, I’m not going to waste my time on it. ——-

Yeah, its a real pity. I think if someone has enough time to argue the case against cables / lan isolators / power distributors etc, they have enough time to try them out for themselves, maybe prove themselves right but maybe, just maybe, they’ll be surprised.

Anyway, i’d hate to hijack this thread, lets hope there is some feedback on the Sotm switch forthcoming!!

I don’t think it’s becaus of lack of time. These folks have plenty of time. They are all over the Internet, non stop, giving their wisdom at every single forum they find. To the point it’s becoming embarrassing to post anything new anywhere. Self-censure!

It’s more often than not, pure jealousy, for lack of economic means to afford anything.

Anyways… I am curious to try this, but I think I am going to wait for when Uptone Audio and John Swenson launch their etherRegen. Maybe in March.

I hadn’t heard about the etherRegen. I must do a search on it. I’m using the Sotm ultra ‘trifecta’ hence my interest in their switch but Ive also heard good things about the Aqvox AQ switch SE from Germany. MagnaHifi in the Netherlands also do a modded switch for less than half the price of Sotm or AQvox. This may be my first step onto the network upgrade ladder…

The etherRegen is projected to cost about $600 if that helps.

There is an anticipation thread at their sponsored Audiophile Style forum

Found it, thanks. Looks intriguing.

That’s cool, you’re happy with your set-up, (and its a nice set-up by the way) enjoy it!

I don’t think your test is valid. You switched from the Ethernet input to USB. It is well known amongst the PS Audio DSD community (I own one) that SQ can vary between the different inputs, with i2S generally recognized as the best and USB as the worst. If you didn’t hear a difference, it proves nothing about the Ethernet connection but it does beg the question if the rest of your system can resolve the differences or your ears are trained to hear them.

A more appropriate test would be to replace the connection from the switch connected to the DSD (the rest of the switches are irrelevant) with a fiber optic isolator. This will eliminate any EMI/RFI noise on the Ethernet input. Many people have tried this and most report that they can hear the difference. I don’t know if this new SOtM switch does anything, I haven’t heard it, but I have tried fiber isolators and they do make an audible difference in my system. I found the same when trying various Ethernet cables. Some made no difference or were worse but same made a clear difference. Not in my mind either, as there were 4 people in the room and all heard it.

No offence but that’s not what you would call a test, too many variables, too little measurement. There’s too much interest in switches/ethernet for there to be nothing in it. People developing these things are serious engineers.

I’ve used a pimped switch and I heard a clear difference, positive test.

Get a gizmo, swap it out with the last switch before your endpoint, then you’ll know.

I’m moderately cynical about gizmos but I just put in a Cisco 2960 in place of my switch and OMG (technical term…).

I’m a very happy owner of this switch (the « basic »version). It replaced my former good switch from TP-Link.
I was shocked by the price tag but very quickly convinced it wouldn’t leave my system any time soon. It needs some burning but day one the new fluidity of the music made me listen music late at night. It’s not a marginal improvement and it gets better over time.
The day I discovered the effect of a good electric switch on my system I decided not to argue with anything before testing. There are many stuff I turned back to the shop but surely not this one.