Trouble logging in to TIDAL after update

Hello. I have the same problem. Should overloading from the tidal site occur automatically? Am I right? I don’t wait for a redirect to go to roon. Is this not correct?

Same happened to me. I just went to Roon settings and signed back into Tidal and that did the trick.

I use roon in conjunction with Tidal

After switching from version 1.6 to version 1.7 with a new account, the following problems appeared:

Most often, when you start tracks with Tidal, tracks are played for no more than 6-10 seconds and Internet access is disabled.
Very rarely, tracks can be played a little longer, but when switching is repeated disconnection from the network.
Sometimes can switch tracks, but after 20-30 minutes again off the network.
Forced shutdown of roon helps. After that, the Internet appears again.

What could be the problem?

Source of the macbook on which roon is installed and micro rendu. Remote is iPhone 7. Web browser Google chrome and safari

To determine the reason, I turned off all the devices and tried roon and tidal only on the macbook and outside the home Internet. The problems described above remain

Perhaps there are some restrictions on the operation of my account?

It sounds like you’re logged in to TIDAL but are having issues with playback — Is that correct?

Does the same issue occur if you play to System Output instead of the mircoRendu?

Yes, the problem remains. I edited the post above

I am very tired trying to solve this problem, 4 days I can’t use Tidal and roon. At the same time I pay money and it is very sad(

Search works, playback and track change does not work

A post was split to a new topic: Trouble logging in to TIDAL after B528 update

Does the same issue occur if you play to System Output instead of the mircoRendu?

Have you had a chance to give this test a try yet? Is there any change?

If you play local content instead of TIDAL content does it work or do you also experience this error?

The problem remains when output from the system output sound

In the past we’ve seen that Google DNS or Cloudflare DNS can help with this type of issue. Is there any change if you switch to one of those DNS services?

Can you also confirm whether or not local content is working okay?

At the moment, after reinstalling the operating system on the computer, it began to work better. But 2-3 tracks are produced and the Internet connection is lost. Dns tried - does not help

Tell me, is my account being diagnosed and what are the results?

Plays 2-3 tracks and turns off, not enough speed. It helps to restart roon or sometimes after 10 minutes playback resumes

A post was split to a new topic: Logged in to Tidal, search ok but cannot play any Tidal songs

2 posts were merged into an existing topic: Trouble logging in to TIDAL - with new method

What is the reason for this problem ? 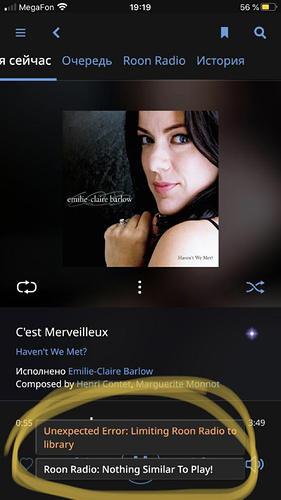 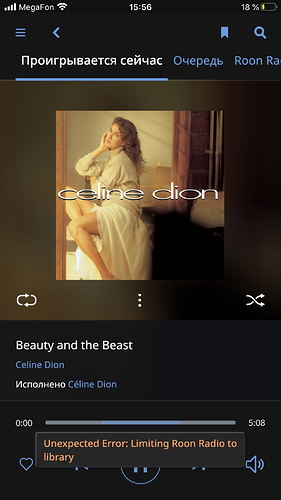