I have reinstalled Roon and for now everything works fine. But I have new problem. The backups are failing. I have tried to a number of different locations like NAS, Dropbox and also local drive.

Can you share a screenshot of what you see when you try to run the backup? What does the error say?

I have attached two screenshots of the latest bacup failures. Both were attempted to local hard drives. D drive is the music libarary drive. E Drive is a separate 500GB SSD drive (not used for Roon core). 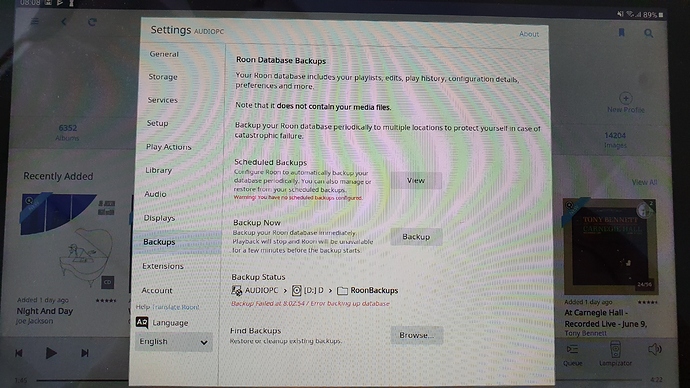 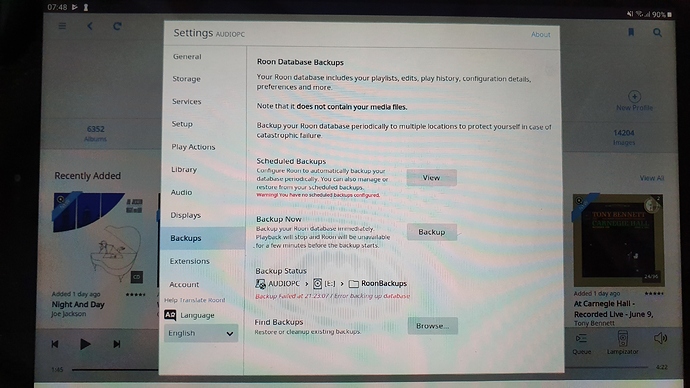 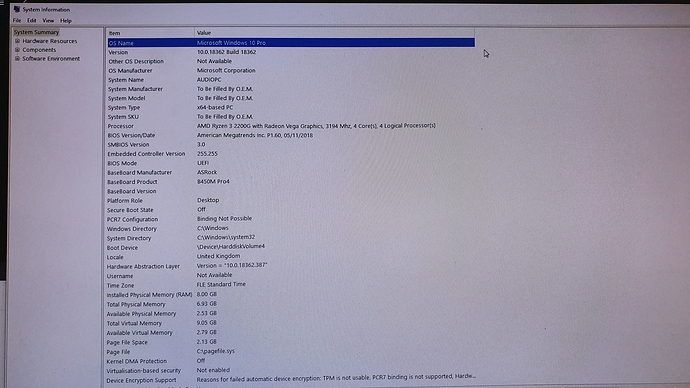 Thanks for the info. I’d like to enable some diagnostics so we can take a closer look, here’s what I’m hoping you can do:

Followed the instructions to the letter. See attached screenshots with the time stamp and disk size
Thanks for the support
Toms 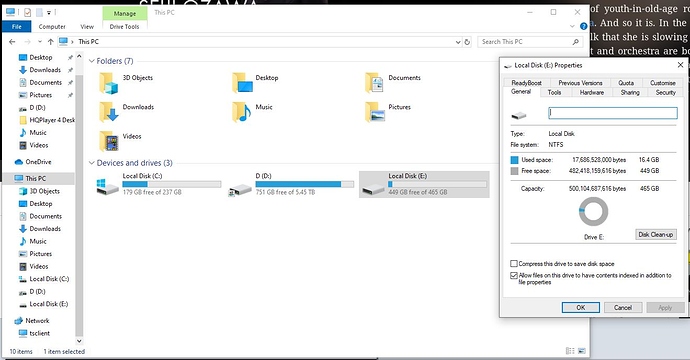 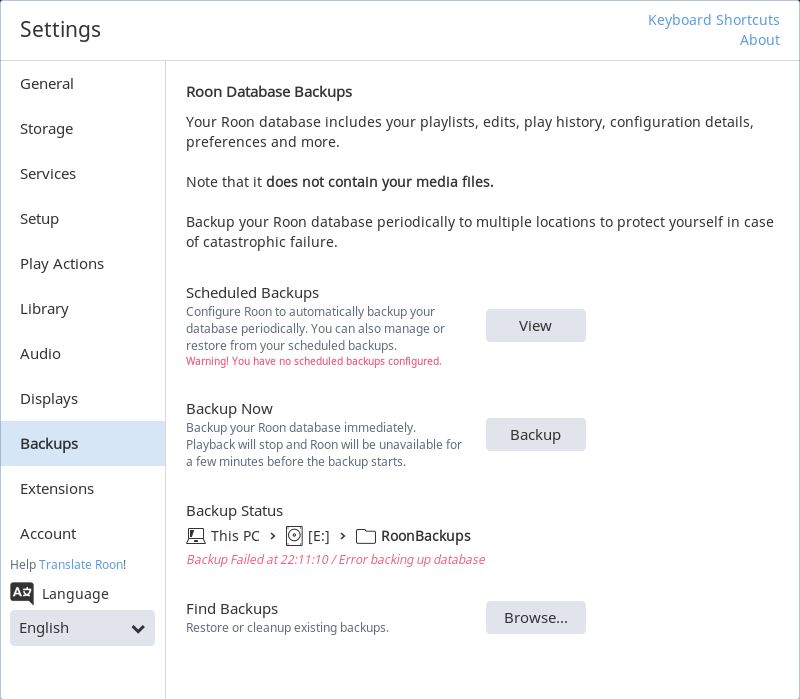 Hi,
Any update on this?
Toms

Here is the dropbox link:
[Link removed by support]

Thanks for the link, @Toms_Sulmanis!

I’ve passed the logs along to the team for analysis and I’ll be sure to update you as soon as I have their feedback.

Hi, any update on this?

Apologies for the delay here. I spoke with their team about their analysis of the logs and they found that there appears to be an issue with a character in this path:

Can you try moving this m3u file out of your Roon watched folder (don’t delete it, just move it elsewhere) and let us know if you’re able to backup after this?

However this was after some longer time period. Probably hit another problematic file