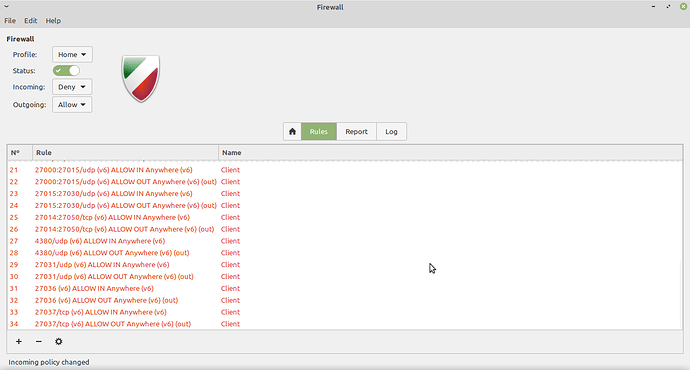 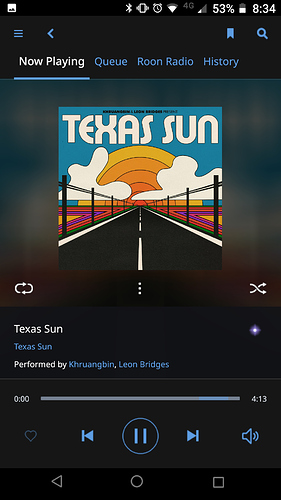 Are these local media files or are you streaming?

Okay, can you try the following:

I’ll be off to bed in a few minutes and I’ve just realised it’s Christmas Day where you are. Happy Christmas!

No local files and that will take me a bit more time.
I will try that and post results but won’t expect a reply for a few days at least.

Thank you very much for all of your help. Hope you have a good sleep and day tomorrow.

You’re welcome. Probably worth posting on #support if you continue to get skipped tracks.

Merry Xmas to All!

I am following this thread with great interest, there are some real Linux cracks here!

I intend to use a rather old Macbook Air to run Ubuntu along with Roon server. I practiced Ubuntu installation on my Mac Mini 2018 via VirtualBox. Following the installation instructions along with hints from this forum, Roon Server installed perfectly well and the server is up and running.

I, however, don‘t understand the setup yet: do you control the server via, say, an iPad/iPhone, and how do you tell the server where the music files are?

Hi Paul.
Yes the linux server i headless by default and there is no linux client. You use another device (IOS, Android, Windows, Mac) to setup and control your Roon server.

On the client select “Settings” and “Storage” - choose “add folder”.
There you can setup access to your local music library.

In my setup I have mounted a NFS drives from my NAS in /mnt/xxx on the Linux Roon server. It is these folders i refer to when setting up a Roon storage folder.

Thanks for the input! Will try to set it up and report back. I learn a lot in this forum!

If you use local music storage you need to give your Linux server access to the music folders somehow.
If they are local on the server, it is straight forward.
If they are on another pc in you local network you need to mount it on the Linux server. So this is where mounting of folders come in.

I have my music on my NAS. From the NAS I serve the music folders as a NFS service.
On the Linux Roon server i mount the NFS service as folders in the /etc/fstab file like:

Prior i have made the /mnt directory.

I prefer NFS because the efficiency of NFS compared to SMB

Sorry for being a bit slow!

I still don’t understand the concept of Roon server: do I need to have a Roon Core somewhere else?

For the moment, I have my Roon Core installed on my Mac Mini. I have VirtualBox running Ubuntu with Roon Server up and running. Does the server need to have access to the Core running on my Mac Mini?

If I switch off Roon Core on the Mac Mini and try to cee Roon Server either on my iPad or iPhone, both devices won’t detect the server.

I think your problem is that you can only have one server/core active at a time. You only need one server/core and as i understand it you cannot run two cores on the same network at the same time since the license only allows one core.

When your control units cannot find the server you can click on the link “help”. This will present a new screen where you can enter a new ip-address for the new core and connect to it.

Now your control unit should connect to the new core. Before the core can run you must enter your license credentialt. This is done under “settings” , “Account”.

Right, thanks. I‘ll wait till I have my MacBook Air available and start from scratch.

Today I noticed I’m not playing DSD files natively, but converted to 24/352 (my DAC supports native). Can you think of anything I might’ve missed for DSD support?

EDIT: for whomever it may help in the future, native DSD works with Server 19 (on MSB DACs).

I’ve just placed an order for an i7 Nuc10 with additional storage that will be positioned in a cupboard and ran headless.

I was intending to install Ubuntu and Roon Server, but some of the above looks terrifying and I’m wondering if I should just amend the order and have it come with Windows10 pre-installed.

Do plan on headless server install? If so, I can provide the steps and commands.

The Nuc won’t arrive for about a week, so have time to make a change to my plan if I’ve misunderstood something though my various steps of research.

Open to being told I’m wrong on all counts as I may have got the total wrong end of the stick.

If I’m correct then the steps and commands would be fantastic.
I’ve read/watched several tutorials on flashing Ubuntu and installing it on the Nuc and it seems manageable, but then reading this Roon installation thread seems quite daunting to someone who’s never used Linux.

Thanks in advance for your advice

Setting up Ubuntu Server is straightforward and quick. I’ll digest what you’ve said and post over the weekend.

Many thanks, Martin. Very neighbourly of you.
I’d have been dead in the water many times without the input of the Community