What am I doing right? No problems with Roon

Seems that many Roon users have lot’s of problems. Not me! Have 14000 albums in my library, 1000 of them Tidal. Search is no problem, it all plays as it should.
I have a 6i5 nuc 2 usb hd drives, a Lumin D2. rock of course.
I don’t understand why so many have all sorts of problems. It’s just plug and play.
Continue with the good work Roonlabs, i’m certain that it is going to be just better and better.
Greetings fro Denmark.
Peter

When you read a forum that doubles as the support medium for a product you see all of the issues, but what is reassuring is most people can be helped. Apart from the Mac users. They’re too far gone!

Ho ho. The Mac user should know better.
Rock is the only way to go.

Well. I am a Mac user with no issues as well. 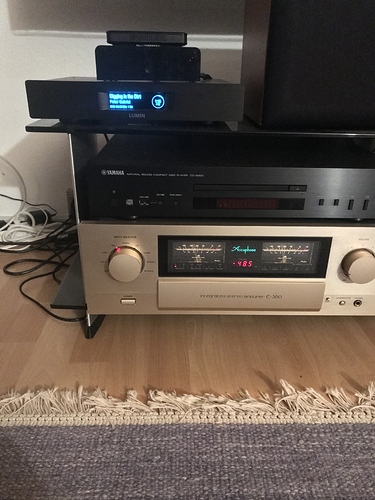 I also have no issues at all. However I am still on 1.5.
I always wait and see before upgrading to the next version. Glad I did.

Thanks for starting this thread. As with most products, the users who are most vocal tend to be the ones who are having a rough time while satisfied customers generally keep quiet and enjoy their systems. It’s nice to hear from someone else who’s enjoying Roon without any problems. Cheers.

Mine has been motoring along on roon radio all day with no problems. I signed up pretty soon after it was released and apart from some search slow downs occasionally it has been solid.
Certainly compared to the trials of getting upnp servers and metadata working and having to figure out what the music settings were on jriver each new release it’s been a dream.
I realise it’s not perfect, the horrors of the track editor for example, but it’s better for me than anything else I’ve seen.

I recall thinking the same thing after spending a few weeks with Roon on my desktop over a wireless connection. It just worked fantastic. I was impressed then and I’m still impressed. Have moved up to a NUC/Rock setup, and while experimenting with all the player possibilities on hand I have had a few issues, but nothing that was any big deal. Just identify the problem areas so they are aware of it, use what works best for your situation and enjoy the music. Reporting problems or issues so they can be addressed is helping Roon improve on an already great product. IMO anyway.

I too am a year in and it has been flawless. I fell out of love with listening to music as I would get frustrated finding what I was looking for in my collection. Roon solved that and now with Qobuz, wow I am so happy.

I have had a minor issue with getting a few Qobuz albums to work with Roon reported here Roon Playback Problem Qobuz “Track not currently available…” I mention as there may be a few software quirks out there.

I just love Roon, and really enjoy using it. I invested in a Nucleus six-months ago.
As long as you have a stable network, it doesn’t miss a beat.

Considering 100,000 + users, the number of issues raised here, the only support method, is trivial

I am approaching 2 years and totally stable, Ethernet and a i7 PC with grunt

To me a very stable piece of software

It seems to me that the majority of posted problems are related to underpowered cores, wireless core connections, and/or exotic configurations.

I have no issues either, especially since I got a Nucleus and started running the Roon core from it rather than from a Windows computer. I marvel at what this system does, seamlessly integrating my local, Tidal, and Qobuz music libraries, and enjoy its very nice interface. Roon has transformed my listening experience radically for the better.

My Roon also works without any problems. Just hit Play and it plays. Rather simple and easy to set up. Radio is very good and getting even better the more often I use it.
I have an Innuos server.

I am satisfied -500%. My wife does not accept any black and put as a stack components. So “front end”: Accuphase er-470 (with DAC-40) and 1972 refurbished Thorens. In the back of cabinet as a transport: Auralic Mini with extended power supply. The core and music is on Synology’s DiskStation DS918+ with SSDs. Synology performs fantastic, managing even Flac to DSD conversion (that takes a lot of CPU resources but NAS still manages. 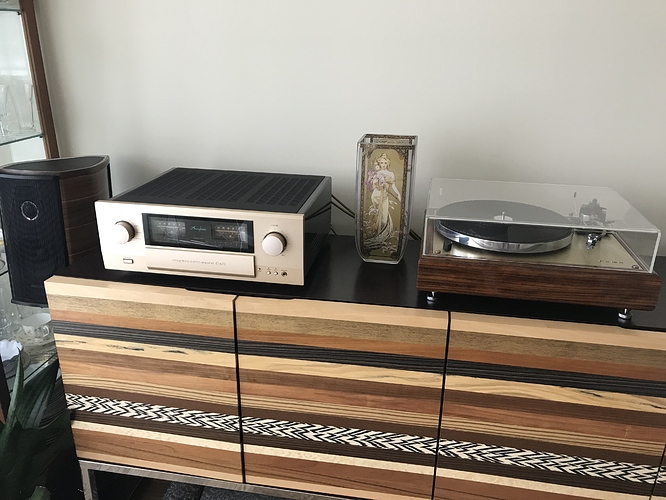 Mac user with no issues at all. Many end points throughout the house, the audio room endpoint is a ps audio DS dac/with bridge II. Even if you go the Nucleus route it’s still a computer. A friend of mine went the nucleus route because he didn’t know computers very well and wanted somebody else to maintain it