What is scrobbling to last.fm?

Can somebody please explain scrobbling to lastfm. What is it and why would I want to do it ?

Last.fm is a website that is helpful for finding music recommendations based upon your listening history. Scrobbling is just their term for sending track info to their website. It is like Allmusic where allows you to find similar artists or you can jsut use it to track what you listen to most frequently and check out what they think you may like.

Thanks for the reply

So if from the scrobbling something was recommended would I see the recommendation somewhere in Roon ?

At the present you would need to go to the Last.fm site to see them. For an example here are some of the albums recommended based upon artists i have listened to: 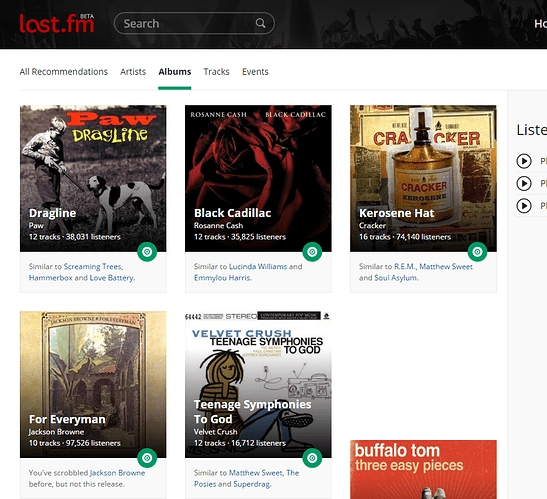 That being said adding those to the discovery tab or maybe a recommendations tab would be very cool if there was an API to do so, even better would be a link to the album to tidal from that.

Not yet. @danny referred to the possibility of importing the data back in May last year, but a couple of other things have cropped up since then …

I wonder if syncing problems could be managed by just updating last.fm data once per week (or other convenient period). Maybe if we all promised not to get upset that it wasn’t real time …

I’d love to have Roon construct a playlist of suggestions from last.fm available on Tidal.

Ok think I shall give it a miss for now

[quote=“andybob, post:5, topic:7077”]
I’d love to have Roon construct a playlist of suggestions from last.fm available on Tidal.
[/quote]Great idea IF the development effort isn’t huge, a sufficient proportion of Roon’s user base are Tidal subscribers and Last.FM’s longevity is assured. There’s been some controversy over its new beta site and afaik it’s gone subscription for those wanting an ad free experience.

is there any update regarding this?

integration of last fm recommendations in roon would be really great…

last.fm works great for Tidal and what’s in my library, however, when I play Internet radio (Digitally Imported), nothing gets sent to last.fm.

Still waiting on an explanation for why when playing radio, Roon knows the artist and song title, yet the song is never pushed to Last.fm.

Its either a bug or something else, either way I’d like to know why. The functionality is there, just connect the dots.

In your post 3 weeks ago, you referred to Internet Radio, and now you refer to Radio - these are different things in Roon (admittedly confusingly named). Because if you are meaning Internet Radio, it’s hardly surprising that nothing is sent to last.fm - in the current (beta) implementation of Internet Radio, Roon is just playing the internet stream, that’s all…

I meant Internet Radio, like di.fm–sorry I wasn’t super explicit.

I’m not sure what is so beta about knowing the current song and artist that is playing and forwarding that to last.fm.

Is it because Roon is afraid of forwarding gibberish to last.fm? I’ve certainly done that on my own when I’ve incorrectly mass-tagged my library in Foobar2000 and not realized it until much later in a listening session.

The functionality’s already there, IMO, just let what normally occurs happen with Internet radio. The metadata, at this point, should be completely decoupled from the stream, source, media, or format.

Erm, no it’s not. Roon currently does not read any metadata from the IR stream (as far as I’m aware). That’s why it quite clearly states on the Internet Radio screen in Roon that it is a beta implementation of this function in Roon. Roon will only pass scrobbling info when playing tracks from your own collection, or from TIDAL albums included in your library.

As far as you’re aware? Yet you seem to be so certain and I have to take exception to that kind of assertion, when I can prove exactly the opposite of what you ‘kind of’ insist.

If Roon isn’t reading metadata from the IR stream, then how is Roon able to tell me the artist and song name inside of Roon on a DI.fm premium channel ‘now playing’ screen?

My entire point is, the data is there, so why is Roon not forwarding song and artist info to Last.fm. It could be because IR is in beta but saying that Roon doesn’t have the metadata read in is woefully incorrect, tells me that you haven’t personally tried IR, and my initial question of W H Y still remains unanswered on top of being told incorrect information and ensuing aggravation.

If your assertion was true that Roon reads no metadata (that you know of), from an IR stream, there would be no song and artist info unlike what is depicted below in a Roon iOS screenshot of a DI.fm station ‘now playing’ screen, where the song info and artist info IS clearly populated (see the text in the red box that I’ve highlighted).

It could be because IR is in beta but saying that Roon doesn’t have the metadata read in is woefully incorrect, tells me that you haven’t personally tried IR, and my initial question of W H Y still remains unanswered on top of being told incorrect information and ensuing aggravation.

On the internet radio stations that I use (BBC Radio), Roon (the desktop version) shows no metadata (even though there is metadata in the stream), that’s why I said “as far as I’m aware”: 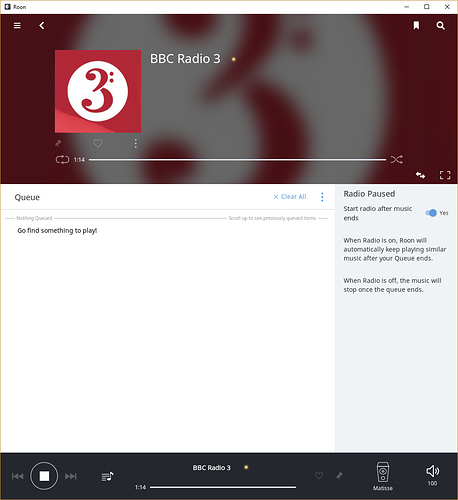 Have a nice day.

Last.fm also does a nice job of tracking your listening history… Probably a limited audience but I like it… 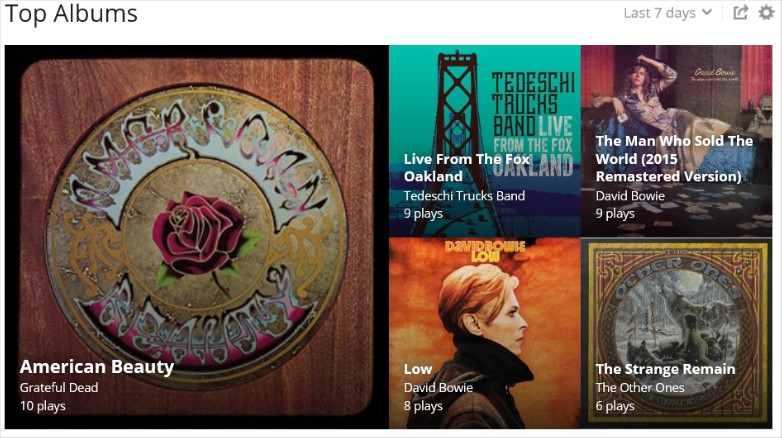 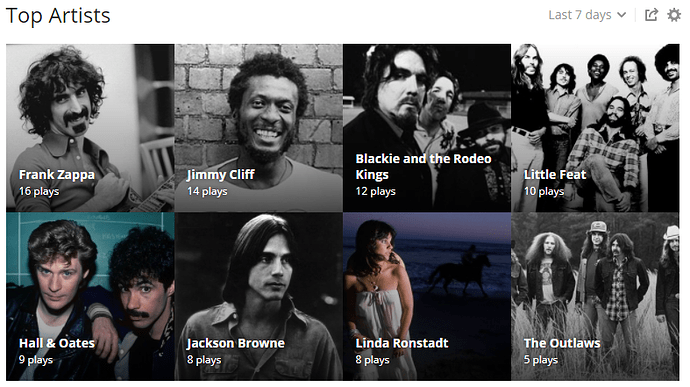 Either way, your assertion wasn’t correct, but that didn’t stop you from trying to sound like you knew for sure, despite your caveat to the contrary right off the bat. This isn’t the 1st time in my short stay here on the Room community forums where someone has tried to offer up an opinion, feeling, or some limited tested theory as fact.

From now on, I will have to ask questions like these with the disclaimer of something like ‘people who have access to the source code, or work on the appropriate internal Roon teams in-the-know,’ or just avoid the Roon community forums altogether and keep my blood pressure a few points lower.

Otherwise if I want a snarky respone to get my blood pumping that starts out with something like ‘erm,’ I’ll ask my questions on Reddit.

@RoonFAQ, as a new-ish lifetime member with not only a lot of money tied up in your product, but as well, emotional energy supporting a lifelong hobby, please take steps to ensure that your products are not mischaracterized or left wholesale-ly unrepresented or unanswered in your very own forums.

Yes, Last.fm does a good job of tracking listening history and is my primary go-to for when I want to branch out and explore an artist, song, or ‘other’ further.

IMO, listening should be a passive, laid-back activity, however with today’s tools and integrations, that should not preclude me from being able to figure out exactly what I heard ‘last night’ that I liked and not be able to dig deeper, because we’re stuck with some notion that Internet radio should somehow closely track FM radio’s ephemeral, transient, analog, nature.

The alternative to being able to figure out what was listened to is to just let that song escape to the ether, or listening rigidly, taking notes because your listening tool does not fully interface with existing services that do these kinds of things already and have existed now for over a decade.

This is why I am attacking this topic the way I am. I’m not asking Roon to do something new, I’m just asking them to remove whatever limitation there is for scrobbling IR sources with well-formed metadata (i.e. artist and song title info) like that which DI.FM provides, to Last.fm.

There is an existing Feature Request for scrobbling Internet Radio metadata where available.