Why does Nucleus+ go on strike?

I have a question for you, if my Nucleus+ performs scanning while playing music, Nucleus+ will go on strike, the PC control will be disconnected, the music will stop playing, after a period of time will automatically connect, this makes me very upset!Is this a problem with the ROON software or the Nucleus hardware?Or am I operating?Are you in the same situation?

Possibly a network issue. I have a Nucleus+ (the smaller older one) and this has never happened to me.

Do you think it’s the switch or the cable?

It will be helpful to specify what your network setup is and how things are connected.

How can I improve next?

f my Nucleus+ performs scanning while playing music, Nucleus+ will go on strike, the PC control will be disconnected, the music will stop playing, after a period of time will automatically connect

This is not normal behavior on Nucleus. Can you provide an overview of your network setup? What is the model/manufacturer of your networking gear and how is the Nucleus connected vs the Laptop?

What kind of scanning does it do? Where are your media locations stored, on the Nucleus itself or do you have some kind of NAS?

This is not normal behavior on Nucleus. Can you provide an overview of your network setup? What is the model/manufacturer of your networking gear and how is the Nucleus connected vs the Laptop?

What kind of scanning does it do? Where are your media locations stored, on the Nucleus itself or do you have some kind of NAS?

Hello, my network Settings are shown in the figure. When I edit music files while listening to music, when I import the edited files into NAS and start scanning, the situation I described before will appear.

Thank you very much! 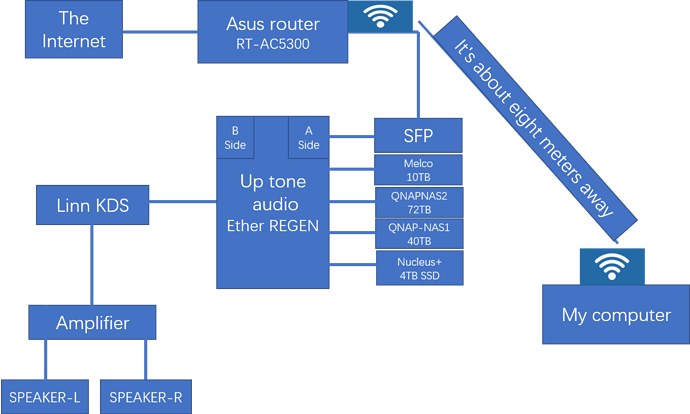 Is that clear to you

Also how big - ie number of Track/albums is your library?

There are approximately over 100,000 albums, and how many tracks are unknown. Due to the system disk being too small, only 64DB is now added with only a small portion in the Roon.

That is a seriously LARGE collection and will take even a blisteringly fast PC a long time (many days) to import. I have ~ 25,000 and it takes a long time on i7-7700 8 core setup. my database is already 20GB so a 64GB system/boot/databse drive will be too small perhaps if it really is 100,000 albums you have

As a very rough estimate, plan to set aside about 2gb of disk space on your boot drive per 1000 albums. Expect the app to use somewhat less at first, growing over time as we expand music metadata capabilities and improve artwork quality.

Since I started using Roon a few years back, there have always been some issues with maintaining the library for large collections. I don’t remember the details, but I think the consensus was that it was an OS X limitation, and that for large libraries a dedicated PC as core would perform better. So my question for the community / developers is: If you were starting from scratch with new hardware for Roon Core, and you intended to use a library with 200,000 tracks (just for example) what would …

Excuse me, is there anything wrong with my network link?

well run a speed test to somewhere there is an AWS node (USA maybe easiest) Singapore if you are in Asia perhaps.

propagation and speed are all going to be contributors to how well a library import is going to run.

try fast.com or speedtest.net and post the results. note that during these times of stay home orders networks are going to pushed harder than ever 24x7

Hello!The following picture is the result of my SPEEDTEST test. Is it normal? 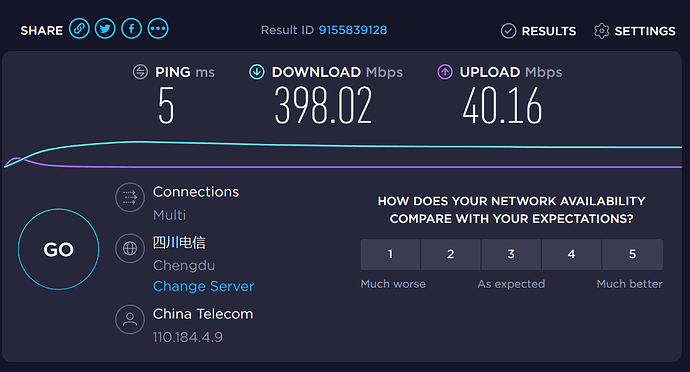 speedtest thats fine… but thats to china your home location as I recalled…try to San Francisco or Singapore by changing the server and see what those results look like. 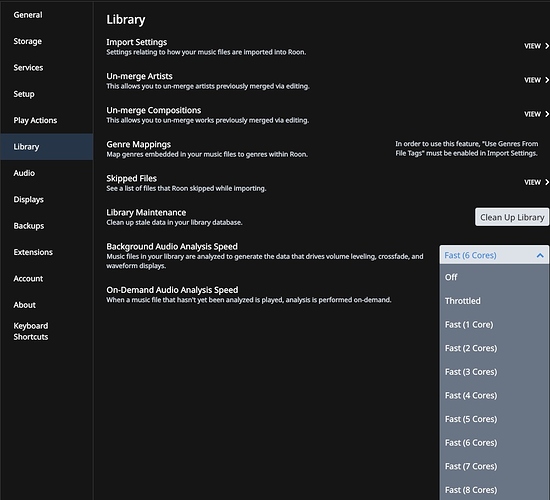 Generally speaking, China’s network speed is relatively fast, may I ask, what equipment do you use for nuclear?The CPU is eight-core, can you share your hardware configuration? 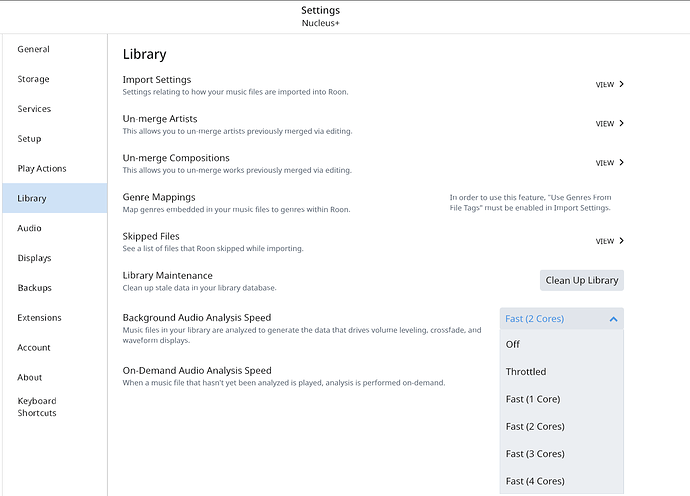 I use an i7-7700 Asus PC I built myself that runs windows 10 but now I run ROCK on it. Unlike a NUC that is very similar to your Nucleus but it still is able to run ROCK perfectly well but at higher performance than Nucleus can.

Maybe something like this will be better for such a huge library if your Nucleus+ is not coping well with windows or perhaps it can even run ROCK.

I don’t use the system interchangeably with windows and rock but it works for rock on the same hardware. As the system was basically roon only headless I tried it with rock and have it that way now. Both worked fine for my 275k tracks.

I did look at fidelizer but did not try it yet. I have wanted to tho. If I build an i9 machine maybe I will do that, or perhaps the option I linked above even with windows. But the current Covid situation means I am being more cautious about spending for a while.

Can you please navigate to Roon -> Overview and provide a screenshot of the number of tracks you see there? 100,000 albums is quite a large library, so I do want to make sure that this is actually your active album count.