just maximize or if already maximized click the “restore down” gadget, this will force a redraw…

Hi!
Thats not woking for me.
i can minimize / maximize / restore forever - once it’s gone white - it stays white

not minimize, that doesn’t force a redraw… you need to resize

Lee, thanx for pitching in here. The problem is that once the window is minimized, it will never again redraw. The application is quite usable so long as the user doesn’t Minimize, restore down works just fine.

OK , I have read these posts and I do have the same nasty driver problem. I have the most up to date driver and going backwards has not gotten me any improvement. I could build a new computer but this is the only program that I use with this issue.
So, I have been thinking about replacing my WD server with a QNAP or, more likely a SONICTRANSPORTER I5 that is USB connected to my music hard drives. If I do this I would move the Roon Core to the Sonictransporter or QNAP ?
If I do this does that solve my redraw problem with my windows machine?

If I do this does that solve my redraw problem with my windows machine?

Unfortunately, it will have no effect. You would be moving RoonServer to another machine, but to access the Core Server you would still need to run Roon on the Windows machine. What would solve your problem would be to install a video card if you have the space in your computer. Describe your computer, make, model, motherboard and I could suggest one.

This problem is down the graphics card / graphics driver combination rendering Roon’s GUI, so it does not really matter where the Roon Core is running (it is headless, no direct user interface) … it’s where the GUI is running. So if you still wish to run Roon (as a remote) on this PC you would still run into the same issue.

My main interest is not in gaming but home use and I like the machine to run silent or very, very quiet. Any suggestion for a good, resonable and quiet card would be helpful. Thanks.

If youve the space for a double wide card, this passive one from evga using an NVidia chip should work. 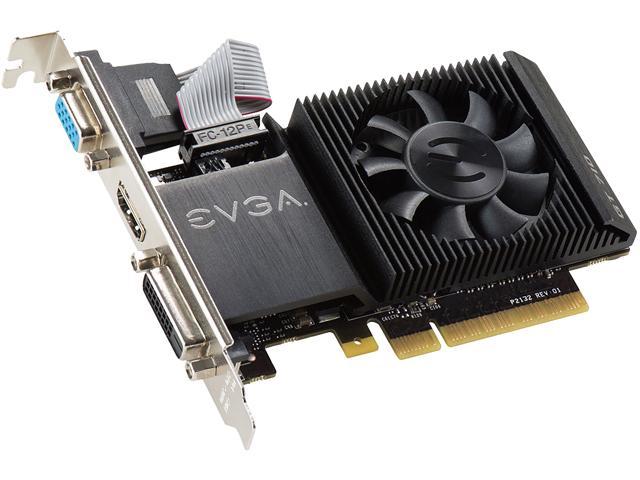 Thanks for the help. I will try it. Seems reasonable and cost effective.

This is happening on my computer too. I have the following specs: Intel Core i7-6700k, ASUS Z170i motherboard, Asus Radeon R9 380. With latest drivers installed. The white screen happens not every time. Maybe still a issue with the AMD drivers?

Hi,
I have installed the trial software on my custom PC with Win 10 Pro 64 running on it.
I have been using AMD Radeon R9 290 GPU with no issues so far. Latest drivers installed.
I have been running a number of popular productivity and multimedia suites, MS Office suite, a number of games and multimedia applications without a single glitch since I built the PC.
I am experiencing this minimize/maximize/disappear routine of Roon GUI from the very first moments of my installation.
I simply do not think this to be a graphics driver issue.
This thought is also supported by the spontaneous launch of Microsoft Windows Resource Leak Diagnoser after a few minutes that I have launched the Roon core. This was a first on my very powerful and stable PC.
I am monitoring my resources and observing very little utilization of any resource when this happens.

Maybe still a issue with the AMD drivers?

Probably, Never had an issue with Roon and any of the Nvidia cards.

Installed the latest drivers, same issue still. Not a big deal but irritating.

I simply do not think this to be a graphics driver issue.

Yes. I think it is a graphics driver issue. For me, this only occurs on the one system that has both Intel and AMD graphics hardware fitted. None of my other systems show this issue at all.

This is really frustrating!
I have a brand new Macbook Pro 15" with AMD Radeon 455 graphics card.
Hardly low end and not integrated graphics…
Bootcamped with Windows 10 Pro.
Up to date Radeon drivers. Includes OpenGL v 6.14.
… and the “fail to redraw” problem.
Only way this is avoided seems to be with Virtual Super Resolution on - which is a gaming feature and which I suspect will drain the battery.

This is likely to be a deal breaker with continuing with Roon.
Roon blames the graphics drivers on older, especially integrated systems. Surely, the architecture of the program needs to be compatible with common “in the wild” graphics cards and systems?? This isn’t Final Cut Pro for goodness sake, this is an audio program GUI…
I have never encountered this redraw problem with any program, ever!

If there is no Roon solution, then with regret, good bye.

I get the blank (white screen) screen after maximizing from time to time. What I’ve discovered (like others have mentioned above as well) is that if I resize the window it comes back to the Roon screen again and I can use it without having to force shutdown the software. It can even be done with key combination “Windows key + Down”. Then back to maximized screen with “Windows key + Up”.

This is of course suboptimal and it should be taken care of in a future update, but for now I’ve gotten used to this ‘trick’, it works every time and is quick.

I use that way to Gustav