Description Of Issue
Just installed a Nucleus Plus. I was running Roon on a Windows 10 PC also connected by USB . My DAC no longer appears to support DSD direct only over DoP. Previously it ran DSD Direct at 256.How can I get DSD direct working again ?

Does your dac require DSD usb drivers ? If it does thats why you only can play DSD over DOP on the nucleus plus

Jason - Yes - I did install a Wyred4Sound driver when I installed the DAC. If that means that I can not use DSD on the Nucleus that it is a show stopper for me. There is a 30 day trial on the Nucleus plus - Thank God !

DOP is still DSD just not native DSD.And if your dac does DSD 256 with DOP will only do DSD to128.

Nice DAC. I have a 10th Anniversary version with the red display. Makes great music.

Unfortunately it looks like this DAC has limitations on Linux systems that don’t allow for DSD support. One option is to use a Windows device running RoonBridge which you can connect the DAC to to get this functionality.

Dylan - I see how this would work but it means that I need to have a Windows PC. I moved off my Windows Laptop to nucleus+ to save cabinet space & improve ease of use for non technical family members - I could just as easily stay on my current laptop core setup since it was a dedicated music server on windows 10 Pro. I see that my DAC only uses a custom driver on windows which exploits a unique windows function. If the Mfg was to release a Linux driver is there a way to incorporate it in Nuc+ ? Is there a plan to upgrade the Nuc+ driver to add these functions ? It appears that this limitation exists on many DAC’s using USB. Would moving to a Streaming DAC from a partner such as PS audio with the
network bridge allow DSD direct above 128 ? Sorry for all the questions - I’m very happy with the nuc+ but this situation has really put my decision in question especially since there appears to be a move to DSD > 128 in the High end market.

If the Mfg was to release a Linux driver is there a way to incorporate it in Nuc+ ?

Ask the manufacturer whether they can upgrade the XMOS inside the DAC for you to support Linux native DSD.

Without that, no Linux platform can output native DSD256 to your DAC.

Would moving to a Streaming DAC from a partner such as PS audio with the
network bridge allow DSD direct above 128 ?

PS Audio DirectStream maxes out at DSD128 over USB, or DSD64 over network.

If you use our Lumin T2, you can play DSD512 from Nucleus+ over network.

W4S sells the nucleus. Use the support on the website and EJ will likely respond quickly and get you fixed. https://wyred4sound.com/products/music-servers/roon-nucleus

Robert- have you tried using dsd direct with your Roon ?
Did you have to do anything to make it support DSD ?
What DSD data rates did you try ? DSD 512 ?
I’m considering trading up my DAC 2 v2 SE to the 10th Anniversary model and would love to know it would support DSD - Thanks !

I can upsample in Roon to get higher DSD number, but I think its DOP. I’ll have to check the sample rates. I think DSD 256 is the highest I’ve seen.

Talk to EJ about the differences. I think the performance parameters are the same. You just get a few tweaks. The 10th anniversary is basically a souped up DAC2v2se. Better feet, red display, special case color, and a couple of other tweaks.

I do not have anything native above DSD 64, and those are DSF files that were converted from SACDs. 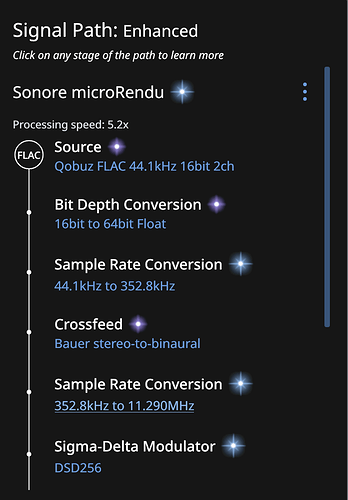 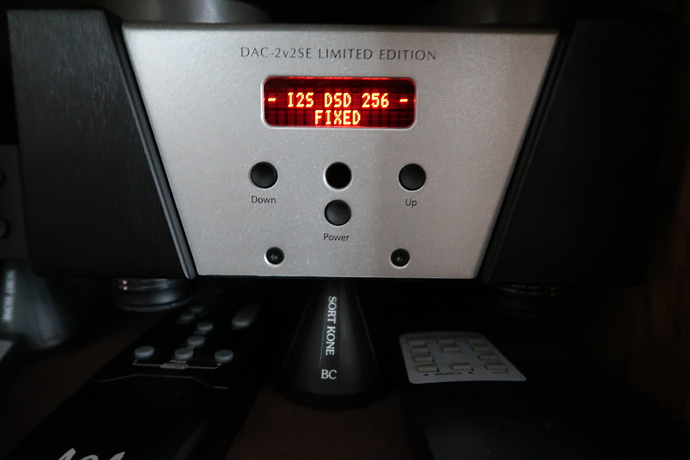 Please try DSD256 output direct from microRendu USB to the W4S, not i2s via ultraDigital.

I will try so later. Thanks.

Robert - thanks for the quick response !
I have some DSD X2 &’DSD X4 material and have really enjoyed the naturalness & how open they sound.
That’s why I have been seeking DSD direct from my Roon / W4S setup.

Peter - just to be clear - if I used a T2 connected to the same Ethernet network as a Roon Nucleus plus I could than play DSD Direct 512 files from the Nucleus internal drive and that the T2 would not be connected to the Nuc + with a USB cable or require drivers or modifications?
Thanks !

Yes, with a T2 you can play DSD512 from Roon via network because it’s Roon Ready. T2 does not support USB input. (However, T2 can optionally output to another USB DAC.)

As for the DAC you originally asked, I worked with a customer years ago to get Linux native DSD working but not successful. At that time he claimed he had the latest XMOS firmware, but the USB VID PID was not expected, and even if I made a Lumin U1 custom firmware for that Linux USB native DSD output to that USB VID PID it still did not work. Anyway, that a was a few years ago. If you choose to purchase it, I suggest you check with the manufacturer first.

Robert’s photo above only proved his microRendu can output Linux USB native DSD to ultraDigital (not the DAC), and proved the DAC supported DSD256 via i2s (not Linux USB). That photo does not confirm or deny Linux USB native DSD output to the DAC. If he gets bit perfect DSD256 playing without the ultraDigital in between the microRendu and the DAC, then it is proved that a recent enough hardware / firmware version of the DAC supports Linux native DSD as you need. 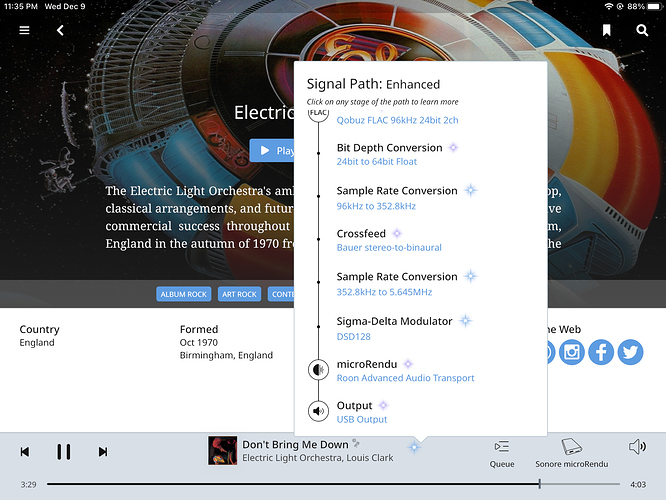 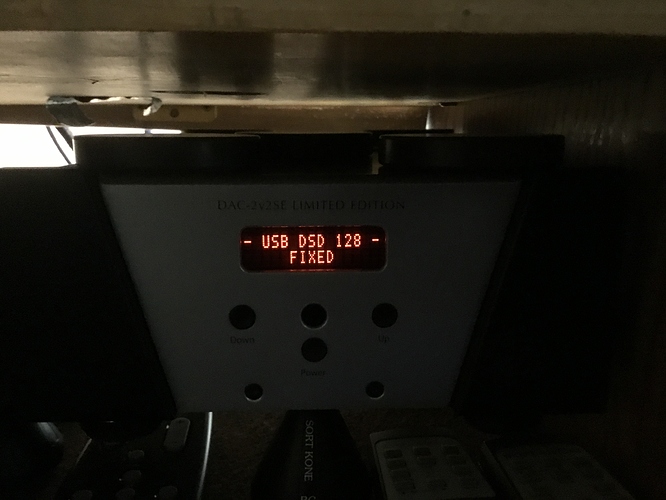 USB direct from microrendu - DSD128 is the highest DSD rate Roon will permit me to upsample.

Peter - Thanks ! I’m going to give the T2 a much closer look.