Any idea why the new Taylor Swift album Midnights isn't showing up on Roon yet?

I can see it on Qobuz directly but not through Roon.

My daughters are ready to move out of the house!

This has been asked many times before. Here is one solution:

If you really cannot wait, you can get the new albums in Roon almost instantaniuosly (most of the time) Go to Qobuz website / app and Heart (like) the album(s) you want to listen to. Go back to Roon - open Settins - Services - Qobuz - synchronize now Click done when synchronization has finished. Go to Albums, wher you should find back the albums newly added to your Library. If you do not like an album, just delete it from your Library, it will be unhearted in Qobuz. Dirk

Hey everyone, for some reason, we didn’t get metadata for the full album in time for its release today. It will probably be streamable in Roon in full tomorrow. Our apologies, but as has been mentioned, this is quite unusual and somewhat out of our control.

Hi @David_Schamis. Please accept our apologies for this, but the album dropped very late: TIDAL managed to get the details to us in time, but Qobuz didn’t receive the metadata in time. We’re working with them to make the album available as soon as possible (but not earlier than tomorrow unfortunately).

Just FYI if you need to perform manual actions:

There are 2 versions of the Taylor Swift album. One of them (Midnights 3am Edition) is also not on Roon’ TIDAL integration at the moment. I guess because AFAIK they released it as a surprise last night US time.

Thanks for pointing this out. Here’s a Billboard article with comments from Taylor about what’s going on with the 20-track 3am Edition release: 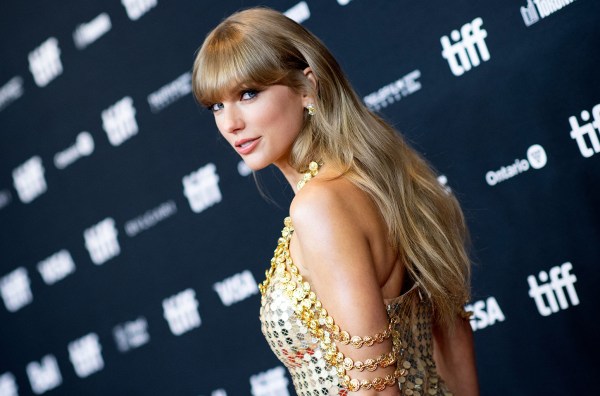 “There were other songs we wrote on our journey to find that magic 13,” she wrote.

Edit: It appears the 3am Edition release is not yet available on Qobuz (so it’s obviously not going to appear in Roon yet). You can listen to the original 13-track release today by playing it directly from Qobuz if you wanted.

The 3am Edition release is available on Spotify, Apple Music, and Deezer, or at least it’s available in the U.S. for these streaming services.

Since I want to listen to the 3am Edition today using Roon, and since the album’s most likely going to be available on Qobuz tomorrow, it makes hoisting the

There is also a 16 track limited edition of this album.
Because why not drop 3 versions at once? I’m simply ignoring the versions named after the vinyl color used.

Listen to it when it’s available. It will still be new then. I’m listening now to the Qobuz released version on Audirvana. I’m not using Roon right now being away from home and my Nucleus off line for some reason. 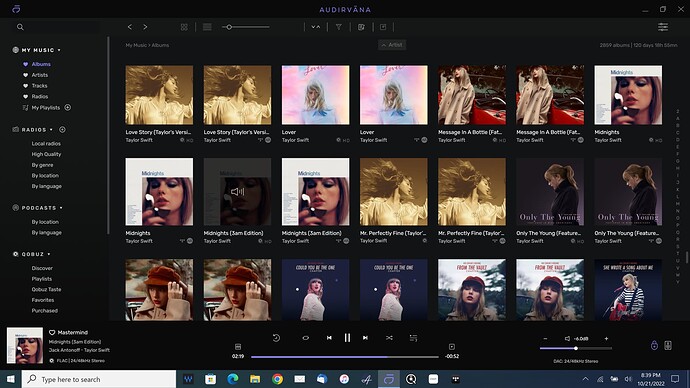 EDIT: I went ahead and activated my Dell Roon core and have the Tidal version, but not the 3am yet or the Qobuz versions. 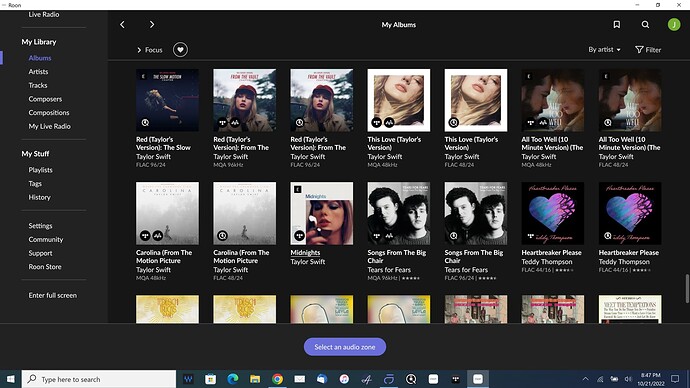 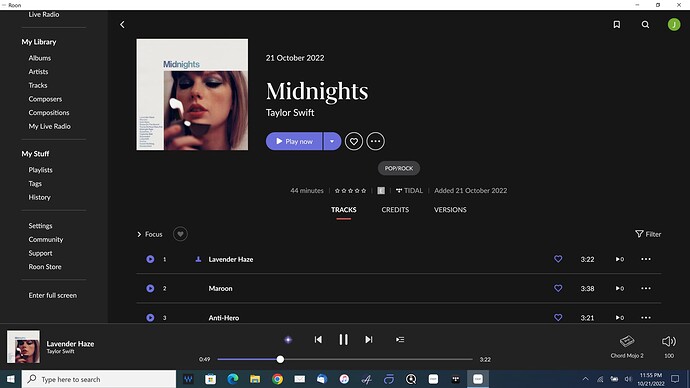 Looks like the 3am Edition is now available on Qobuz. It wasn’t earlier today. However neither it nor the 13-track version are playable through Roon. See @joel comments above.

The 3am Edition is still not visible in Roon when using TIDAL as well.

Yes I see it (3am Edition) on TIDAL, not on Roon yet. That’s not going to happen? 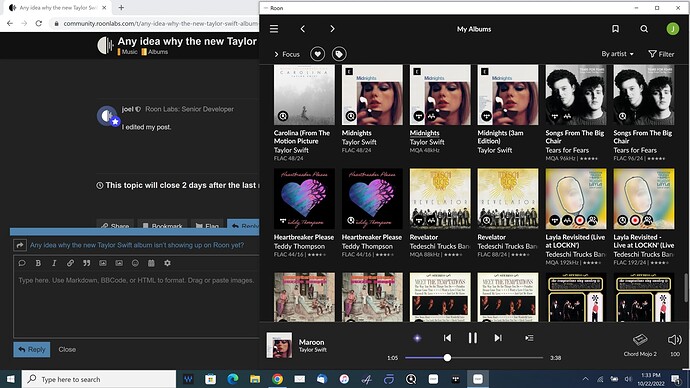 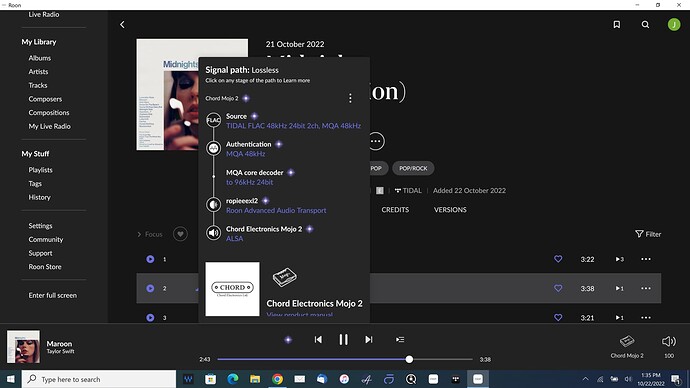 Same problem again, and as with Evermore: New album “Midnights” is on Qobuz, but not showing up in Roon (but all (most?) other albums released today are.

Hm, is there a special Taylor Swift delay in Roon?

That said, the speed that Roon indexes and serves new albums (typical on Fridays) are MUCH faster now than it used to be.

Any idea why the new Taylor Swift album Midnights isn't showing up on Roon yet? Albums

Hi @David_Schamis. Please accept our apologies for this, but the album dropped very late: TIDAL managed to get the details to us in time, but Qobuz didn’t receive the metadata in time. We’re working with them to make the album available as soon as possible (but not earlier than tomorrow unfortunately).

Weird. I’d think someone could get a couple hours of overtime….And provide the info for what’s likely going to be the biggest drop in streaming history? Sucks listening again… through my iPhone.

The challenge is deciding which version to listen to first. 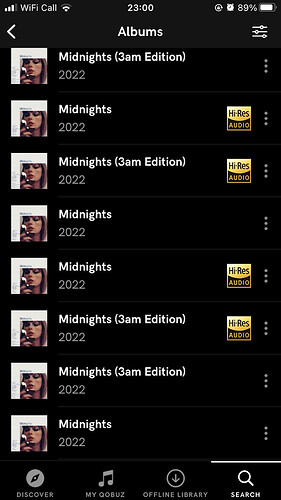 That’s easy. I link to the highest resolution, explicit version in both Tidal and Qobuz. Just waiting on the Qobuz 3am version.