Seeking to optimize, difference between Renderer and Decoder, vs no MQA. Which is best given this newly Roon Ready Device?

The settings are largely determined by a DAC’s MQA capability. In the case of the CXN, which doesn’t offer MQA, the setting is ‘No MQA Support’.

Finally, some DACs such as the DragonFly are only renderers. So, that’s the setting you’d chose.

As far as I can see, your DAC has no MQA support.
So, you should select “No MQA Support”, and also activate “Enable MQA Core Decoder”.

So I just took some screenshots. It seems as if sound plays regardless of the different modes: 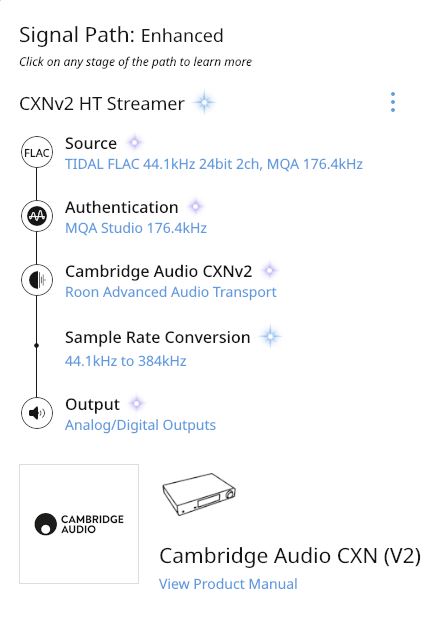 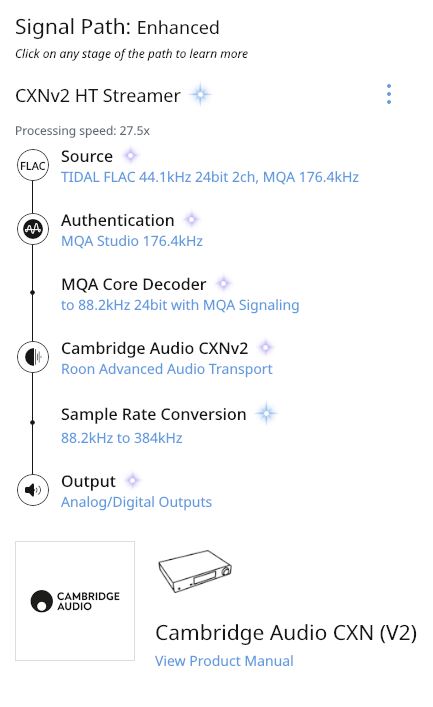 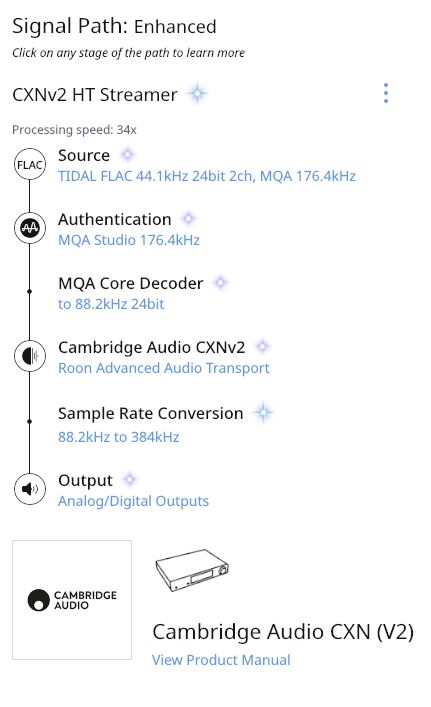 It will work with it set as renderer or with no mqa support it won’t make any difference as your DAC in the Cambridge is not MQA compatible so nothing changes. It will only effectsanything if your DAC is an MQA DAC. I had my Naim Atom as a renderer for nearly two years. I only just changed it but it made no difference to anything.

That’s exactly as described in my post–each signal path is different. The setting you need is the last; you’ll only get the first unfold*, i.e. Authentication and MQA Core Decoder in the signal path.

Regardless if the device is configured for “MQA Renderer” and “No MQA Support”, Roon will perform the MQA Core decode during MQA playback and unfold the content to 24bit/88.2kHz or 24bit/96kHz.

The difference between the two modes is wether the MQA signaling information is included in the audio stream.

Configuring the setting to “No MQA Support” results in the MQA Core Decoder not including the signaling information in the audio stream.

Hi John, appreciate the answer. The question I have is why include the option at all if the result is effectively the same? In all cases as I know my DAC isn’t MQA I suppose I could go with that option.

But theoretically, based on your answer, there would be no harm in putting MQA Decoder as the only “downside” is that it includes additional information that may be ignored by the DAC?

I think you mean to say “Renderer”. And then, yes.

If you set your DAC to decoder, like in your first pic, Roon does NOT do the first unfold, just an authentication. If you look at your pic, you will notice that there is no “decoding” line from Roon and that the CXN is receiving 44.1 and doing an upsampling from that.

That clears everything up. Thanks so much for helping me squeeze the most out of Roon. I’m now a fully fledged paying member of the community, this software is great.