Clearing Cache from my Roon Server

I’d like to clear my Roon Server Cache and I was wondering if I could get some detailed instructions to do same?
Also, further to the attached screen shot below, do I delete all of the subfolders? 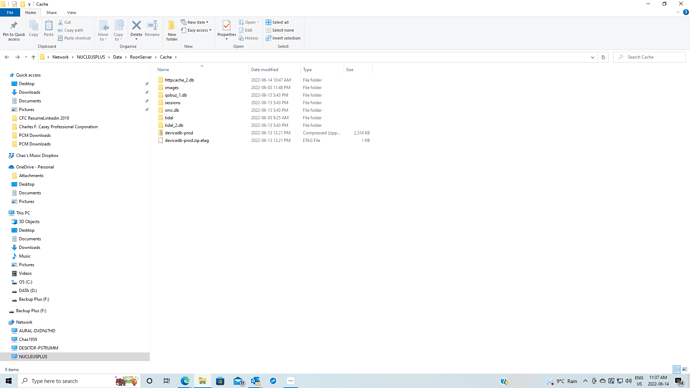 Go to settings: setup and clean the cache from there

Not official support, but it might help them to understand what you are trying to achieve from clearing the cache as it shouldn’t really be necessary.

Thanks guys,
I had read that one should periodically clear the cache from Roon server periodically and I guess I may have misunderstood what they were saying. It sounds like the “Cache” subfolder in my RoonServer folder located at \NUCLEUSPLUS\DATA should never be deleted. Instead, one should just clear the cache as noted above.
Cheers,

That’s correct. The official steps for clearing the cache on the Nucleus+ would be as follows:

However, this troubleshooting step is largely deprecated, as we’ve found a Core+Remote(s) reboot will resolve the vast majority of issues for which we formerly recommend clearing the cache. If you don’t mind specifying, is there a specific reason for why you need to routinely clear the cache?

It won’t hurt to follow the steps above, but it’s not something you should have to perform manually in most circumstances, and definitely not habitually. A Core restart will generally stabilize the system, so we usually recommend that for the routine refresh you’re discussing.

Thanks Connor!
I didn’t have a particular issue in mind. It was just an attempt to clean up any old/corrupt files on my server.
In any event, in future, I will just reboot my core.
Cheers,
Charles