Description Of Issue
Since Latest update the Black / grey levels in roon are totally screwy. Was absolutely fine pre update and every other application looks perfect.

Image attached, you can see some albums have true Black, while others that should have Black / grey in them appear washed out and pale. This only happens in Roon and all other applications work perfectly 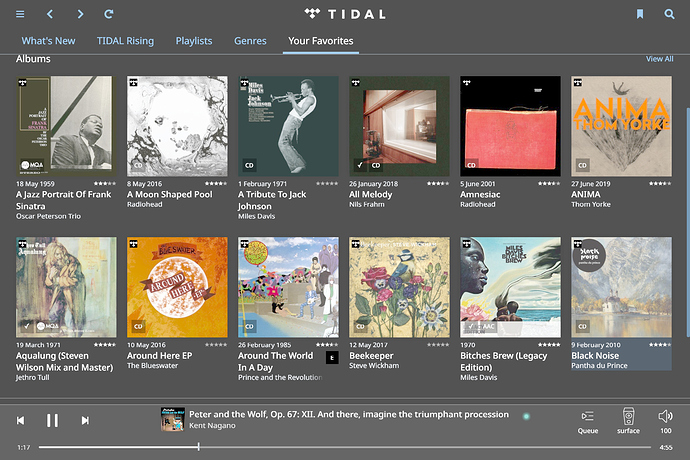 Is the core (surface) the control device as well?

At the moment yes. I’m between houses and my core is in storage. So I’m using my licence to give me better control over my tidal subscription and using my surface as core and playback for headphone listening

They pushed the graphics in the last release and there are anomalies in a few graphics cards. Work is ongoing for a fix for old Android and some specific cards but no idea if it includes yours.

We are aware of a few reports of this behavior and we are looking into it. Our next Roon release has some changes coming which will hopefully help you here as well. For any status updates, please refer to this thread:

Over the last week our team has continued to work on resolving issues impacting certain older GPUs. Roon is built on a custom UI engine and as we continue to push our graphical capabilities forward, older chipsets may struggle to keep up with the improvements in cases where their drivers are not performing properly. We regularly test with a variety of devices new and old, but some of the recent issues affected devices roughly a decade old, or devices only used by a small fraction of our custome…

Once the new release is finalized and published, we can circle back to see if it has resolved the issues on your end as well. Thanks!

Will try that tonight. Thanks 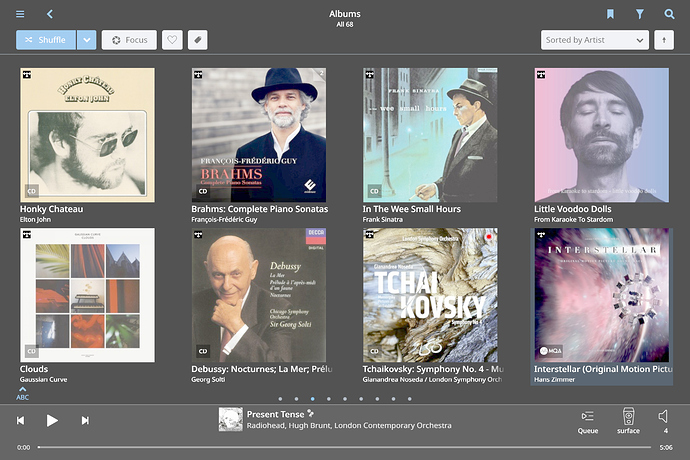 Didn’t help. Still looks rubbish. This is a surface 3 with Intel HD chipset. It’s not that old and not that obscure. Every other app in existence seems to have no issue with this chip.

This is my primary control mechanism, and my continued use of roon will depend on this working better than it currently does.

The Black issue around interstellar is particularly horrific here.

Yes, it’s a known issue. I’m seeing the same thing on my Surface 3. The Roon Labs team have been collecting logs from some of us who are affected by this. I think we can assume that they are investigating a fix.

Yes Geoff, if you look up they just suggested they’d done a fix.

I was confirming that their fix has had no effect.

Apparently, but again, as you’ll see, they specifically suggested it would. I’m merely confirming the opposite.

They specifically suggested that they believed it would help…

We did release an update that made some changes in this area which seems to be working for some GPU devices, but unfortunately it looks like some GPUs are still affected. Would you kindly use the directions found here and send us over a set of logs using a shared Dropbox link?

We’re still looking into this issue, but can you please confirm a few other aspects?

No issues prior, all looked fine. 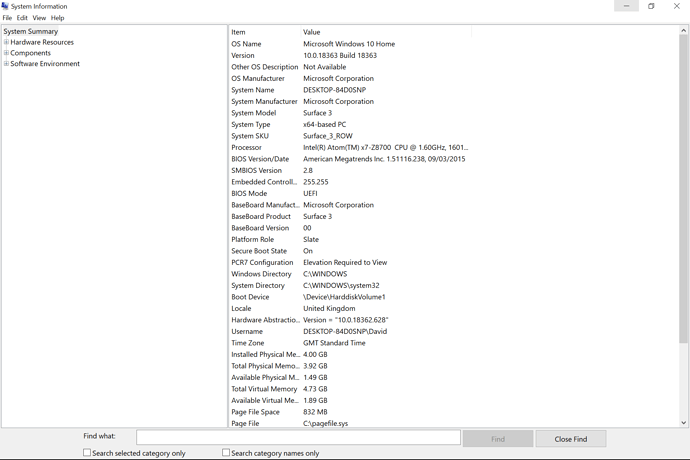 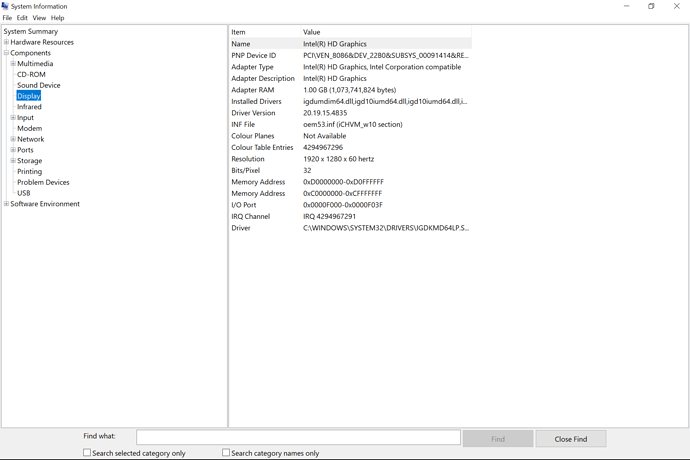 Thank you for sharing those screenshots, I have attached them to your case notes and have informed QA. This investigation is still ongoing, but if we require further information from your end, we’ll be sure to let you know. Thanks!

A lot better in this latest release. Still not 100% but it is at least bearable.