Android and roon rock is working fine after 1.8update. However, Roon on my WIN10 notebook is not displaying normally. Problem persist after I reinstall it on my notebook. 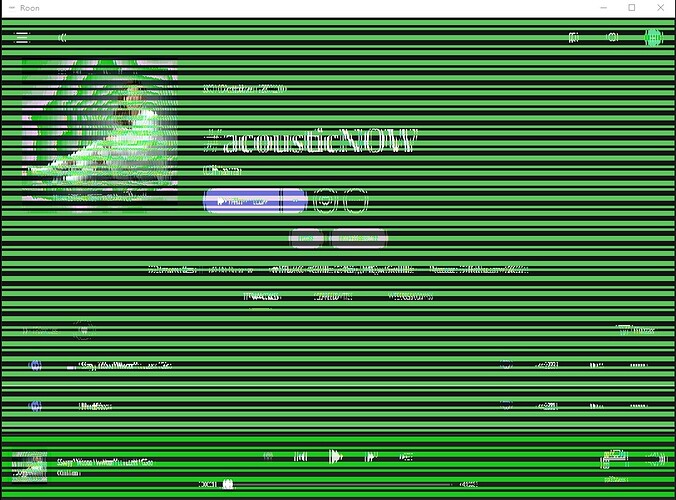 Hi @LEE_HEYMAN - Can you give some additional details about the notebook? What GPU does it use? Do you have any UI overlays running like MSI Afterburner?

Roon 1.8 will not properly display on my portable computer. Works on my desktop and my three ios devices. After update, I did an uninstall and did a reinstall to same results. Use Roon ROCK Core. For computer with display problem below is system and display info. Graphics is Intel ® UHD Graphics 620

Reboot and reinstall does not help. 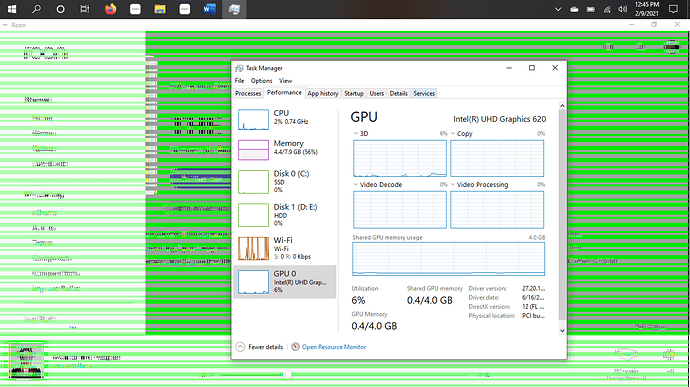 I am not able to upload photo now. The Forum Server seems busy.

My notebook model is DELL latitude 3410.
GPU: Intel® UHD Graphics
No, I don’t use any UI overlay.

well intel graphics is the same material, the probable culprit

i reinstalled it, this is what appears 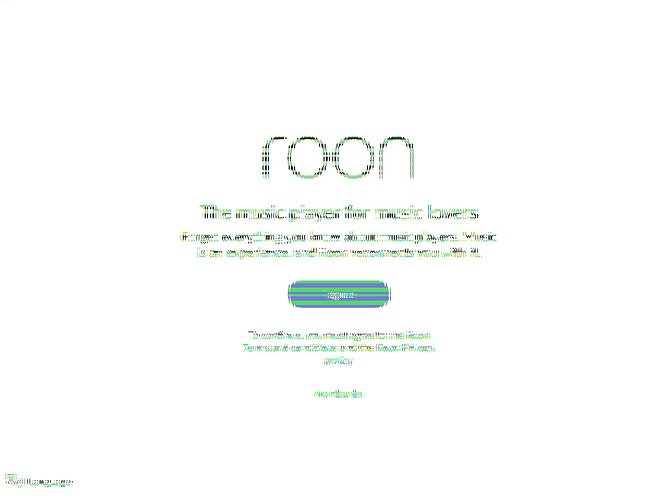 Thank you for the reports, we are looking into this.
To the users impacted by this, can we please request the following information from you?

here are my logs 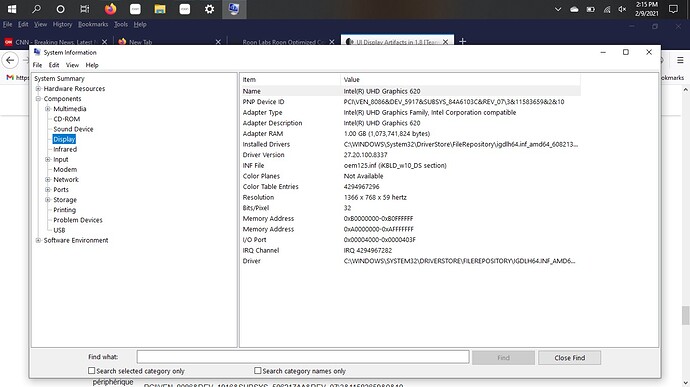 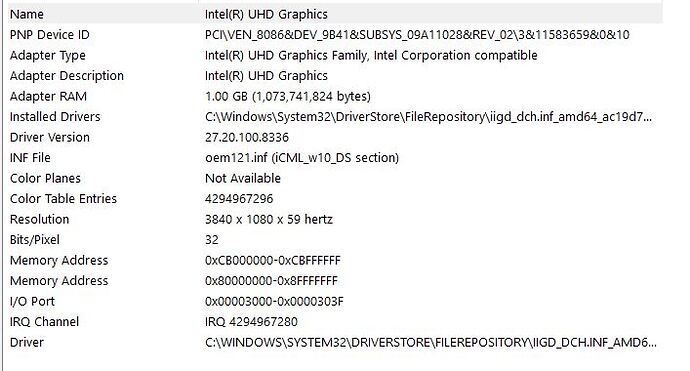 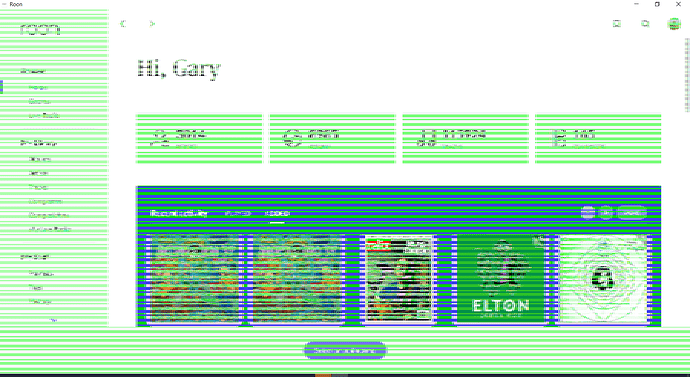 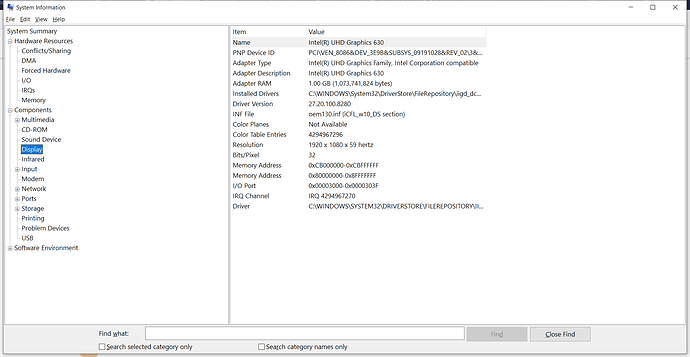 I have so much love for Roon Labs. Thanks for working on this issue.

Thank you for the screenshots and log info! For those affected by the issue - can you please confirm if you have the latest Intel Display drivers installed from your manufacturer or via the Intel Update Tool?

If running this tool resolves the issue, please let us know!

I have weird green lines appearing on the screen, unplayable… I have this issue only with roon, and only since the update

I updated the display driver on my windows 10 machine and now problem solved!

Some additional specific instructions that might help. The Intel driver support assistant link that Roon supplied above failed – the driver update failed. I then downloaded the driver manually from the link below. When I ran that driver update, it also failed and reported that I already had that version of the Intel graphics driver installed. But when I checked the graphics driver version number by comparing what the web site reports and what device manager says, it was clear that I did not have the latest driver installed. So I deleted the Intel driver that I downloaded. I downloaded again. Ran the update again. That time it worked, and now Roon is fine.

Download the Intel driver manually; run the install several times as may be necessary; and with a little luck Roon will work OK.

Only the absolute latest version of the Intel driver worked with the new version of Roon, at least on my PC.

With that said, hopefully those Roon users having this problem can solve it by downloading the Intel driver from the below line. Again, run it more than once as may be necessary.

Warning – based on one report below, the latest Intel driver can cause more problems that it solves on some PCs. So your mileage may vary.

1 Like
Laptop as Remote Screen Does Not Work
next page →