One of the artists that I listen to has had her entire collection of albums wiped away from Qobuz, and this is the 2nd time. Worse yet, I can’t get a response from Qobuz on what happened and when it might be restored. This artist has not dropped off the face of the earth and the whole collection including her latest release (which Qobuz has not been updated with) is available via Amazon Music.

There are other artists (not obscure) that Qobuz simply doesn’t have and seemingly will never have, where again, Amazon has.

This kind of Mickey Mouse stuff is frustrating and really makes me want to walk away from these small-time players, though I have paid for Qobuz until December and own Roon with a lifetime subscription.

So, I get the point about big bad Amazon, but c’mon, in the end we are consumers and want to have a reliable service. Particularly, since we are spending a lot of time and big money on getting the very best out of music to enhance our lives.

I agree at least at this point in time. Amazon has a long way to go and may never arrive.

If I only listened to classical, Jazz and Blues which I love , then I would be content with Quobuz BUT I also enjoy contemporary Christian music and Metal. They are missing two artist one from each Genre Whom I love.

As a matter of interest, who is this artist & I will check Tidal to see if she has been removed from there as well.

I am not sure if you were implying this, but the ‘fault’ if there is one almost certainly doesn’t lie with Qobuz. There are a number of reasons why this might have happened.

It’s unlikely but possible that Qobuz have re-indexed their library and you need to carry out another search to get her albums re-instated in your Roon library. It’s also possible that her record lable or agency has decided to remove her from digital streaming platforms for commercial or other reasons, in which case she has probably disappeared from Tidal as well. Finally, and hopefully not the case, there may well be some skulduggery going on with Amazon (and potentially any of the other giants in the mix) approaching certain artists to offer them higher rates on Amazon if they remove themselves from other streaming platforms. I hasten to add that this is pure speculation on my behalf, and I have absolutely no evidence to suggest that this sort of thing might go on.

Thanks, the artist is eevee.

And, you are right, and I was out of line placing (blame) on Qobuz in this instance. As it turns out, Sébastien (Qobuz) replied to me just this morning and explained that there may be many reasons why an artist may no longer stream with a given service. Also, he said that he would try to contact the Label to see what may have happened.

This is the gal that produces the instrumental music under the name of eevee: 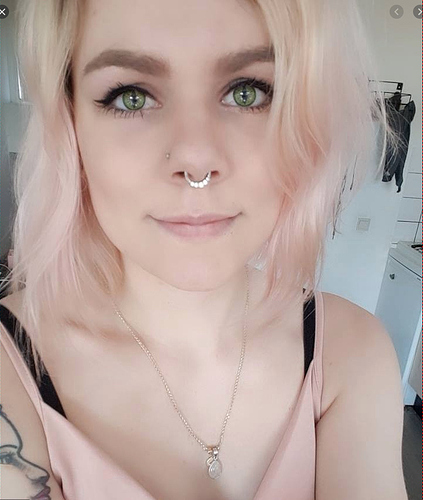 We are getting a lot of “unavailable” tracks and dropped albums as well. The pattern we notice is a segmentation of the market. New releases being initially unavailable on Quboz and other streaming platforms until, it looks, downloads and/or physical sales have plateaued.

But there might be another explanation for eevee. In my Qobuz territory (Ireland) she is being mashed up with a Filipino pop band, also called eevee. Eevee was apparently a popular Pokeman character. It’s a long shot, and it may make no difference, but if you have email contact with Qobuz it might be worth them looking into that.

I can see 12 albums by an artist called “eevee” on Tidal.

However, they look as though they may be by the Filipino pop band mentioned by tripleCrochet. The albums all have cartoon character cover art which may be of Pokeman origin.

Thank you and yes, that Filipino mashup happened at the same time that her releases went away!

I have been touch with Qobuz, and they are going to look in to it.

Yes. And, on Qobuz she went away a few weeks ago, when the Filipino band appeared.

Why? I just don’t understand!

Surely sound quality should be number 1 priority and cheapness should not even be on the list if you have an interest in artists getting paid.
Price of everything and value of nothing is a phrase that springs to mind.
I’m sorry, but the race to the bottom leads to Ryanair…

Cheaper and Amazon has a family plan (which puts it above Qobuz). Sound quality is just as good.

Sound quality is just as good? How do you play Amazon music? Via Amazon native player?

Amazon already has true hires files. So sound quality shouldn’t be an issue. If integrated with roon, any of the technical issues would be resolved.

Currently to get bit perfect output from Amazon can be an issue, but once you do, their sound quality should be same as Qobuz.

For me, I’m still facing issue with Qobuz library lacking in some places but not enough to go back to Tidal. Didn’t like that some of their newer albums were only available in MQA format.

Why? I just don’t understand!

Cheaper and Amazon has a family plan (which puts it above Qobuz). Sound quality is just as good.

A post was merged into an existing topic: Integration of Amazon Music High Resolution

A post was merged into an existing topic: Integration of Amazon Music High Resolution

But then you’ve just lost Roon!

Just throwing in another voice here – spent the past week in the Pandora’s box of Tidal, Qobuz, Amazon… exploring endpoints, building Hifi-Berries with SPDIF outputs. Amazon HD has 192/24 files that no one else has. By example Stevie Ray Vaughan albums that nobody has HD. It’s my guess that given their budget, they can buy anything they want – and I don’t believe the artist payments are significantly different No matter what file they stream. I will likely keep them all active, because sub $50, but adding Amazon HD to the already AMAZING Roon app would be sweeeeet. Ps my favorite feature besides everything else? Live Radio streamed from jazz stations around the world. What a gift! WBGO of New Jersey!

Amazon HD has 192/24 files that no one else has. By example Stevie Ray Vaughan albums that nobody has HD. It’s my guess that given their budget, they can buy anything they want

or that they simply up-sample some of their albums in order to make them appear to be higher quality in the event that they are not available in hi-res format.