Well I’m able to jog the resolution up and down under Mojave And I’m listening In a recording control room So I’m pretty sure I would be able to hear the difference. Are you suggesting this is something you know for sure?

Please consider that not everyone is served well by Tidal and Qobuz, like me.

There are genres that Qobuz simply doesn’t have much coverage of. I subscribe to Qobuz, because of ROON and Amazon HD, well, because they have everything that I like to listen to. Tidal is more complete than Qobuz and close to Amazon, but their streaming tech is bad and customer service worse.

Yes, we love these niche service providers that feed our audiophile appetite, but we are consumers too and shouldn’t simply become purists in some respects while being OK to look another way in some other respects.

Statement: Amazon is a giant evil corp and I don’t want them to serve me music!
Question: Are you a Prime member or have you ever bought anything from Amazon?
Response: Um…I mean…yeah.

No - it’s not something that I know for sure. However, if the original recordings were in hi-res (24bit/192KHz), then I would be very surprised that they haven’t surfaced elsewhere before now.

They have. HD tracks.com has them for sale. My guess is Amazon simply buys everything and runs it. As stated previously – I don’t think there’s a difference in music licensing for the resolution of the format you play… So for Amazon it’s simply “buy all the stuff” and run it. That’s why I’m a fan of them being added.

I actually do have a couple of hi-res albums by Stevie Ray Vaughan on my NAS, although I can’t remember where I bought them. They are both 24bit/96KHz though, not 24/192.

Are they available as 24/192 on HD Tracks? I haven’t used HD Tracks for many years since they stopped allowing purchases from the UK or Europe.

in Canada, we have tidal only and Qobuz wrote me recently that they have no plan for Canada

use a VPN to sign up. You can then choose which one you wish to subscribe too. You will be billed in the local currency

A post was split to a new topic: Roon should have a lower tier sub that just plays from music services but without integration

Paypal is a good option to use when signing up.

Five of SRV’s albums are available from Qobuz in Hi Res.

@pierre_jubinville - pick a publicly available VPN service, connect to a country that has an exchange rate that you find favorable, signup using PayPal as your payment method, establish your account. You won’t need to keep the VPN account afterwards so you don’t need a year subscription.

The Best VPN Services for 2020

A VPN, or virtual private network, is one of the smartest ways to protect your online privacy and maintain your data security. We've reviewed scores of them, and these are the best VPN services we've tested.

If you have the 24/176 SACDs, ripping them to FLAC/DSD is much cheaper than buying them from a hi-res source. And you know the provenance of the files,

Exclusively available at the Amazon Music HD streaming service with up to 24/192.

Amazon’s mobile and desktop apps are so bad and counterintuitive that the only way I would subscribe is if it had Roon integration.

I hear ya. The Android App is pants and as for the desktop App, don’t even go there!

Have they fixed exclusive mode yet?

Have they fixed exclusive mode yet?

You can now cast bit perfectly from their iOS/Android app, to a WiiM Mini streamer (TOSlink output, up to 24/192)

WiiM are working on making it gapless next.

I’m sure Darko will make a follow-up video to his previous WiiM Mini vids/articles, when somebody tells him about this recent firmware update

Not even Bluesounds can do this

So a competitor to Bluesound

Somebody made a video of casting bit perfect from Amazon Music UHD app to the WiiM Mini. Right now it’s the first and only on the planet allowing this.

Watch the sample rate change on the DAC itself. 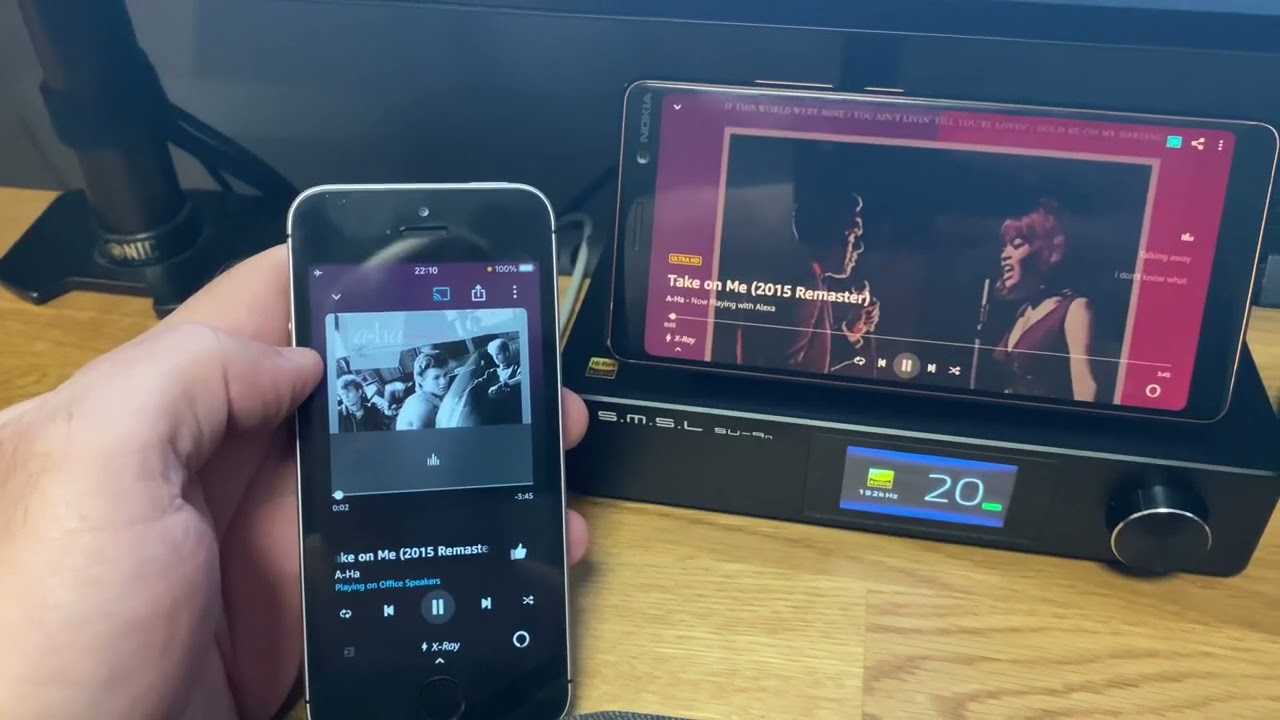