Router/Modem: Fritzbox 7590, Core connected via Ethernet to Router. No VPN.

Lumin U1 Mini, connected via Ethernet

Restarted the Core, no effect.

@support Please give advice on how to tackle this issue (e.g. opt out from earlyaccess). Thanks! 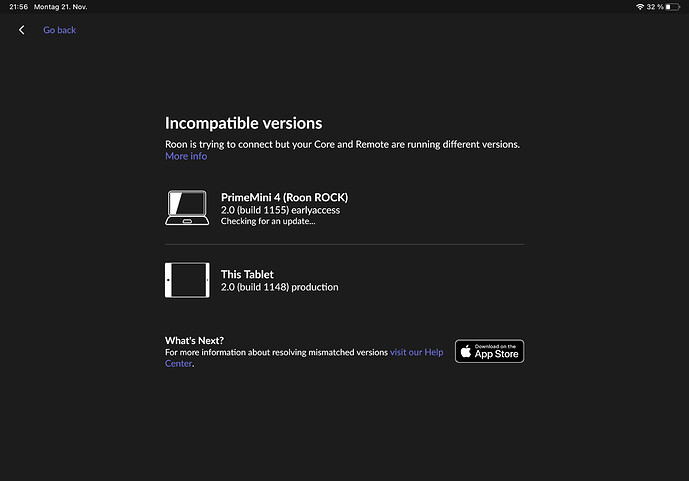 After „Go back“ it says „Update required“, but doesn’t do it. When tapping „Connect“ the next screen (1st screenshot) flickers and freezes with „Checking for an update…“ 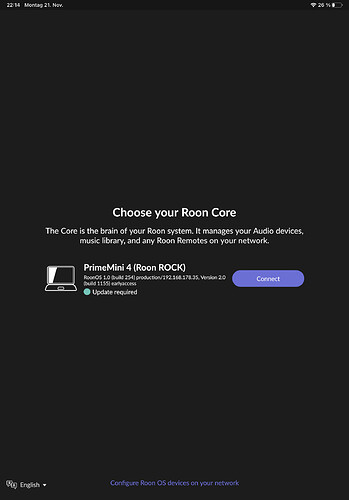 same here, it just happened like one hour ago…

And again here, working fine until a few mins ago, same versions as original post

Same here. Downloaded fresh MacOS roon from site, same symptoms. Funnily enough, my iPhone can control the zone that’s on the Mac that says it has an incompatible version - it’s playing right now! 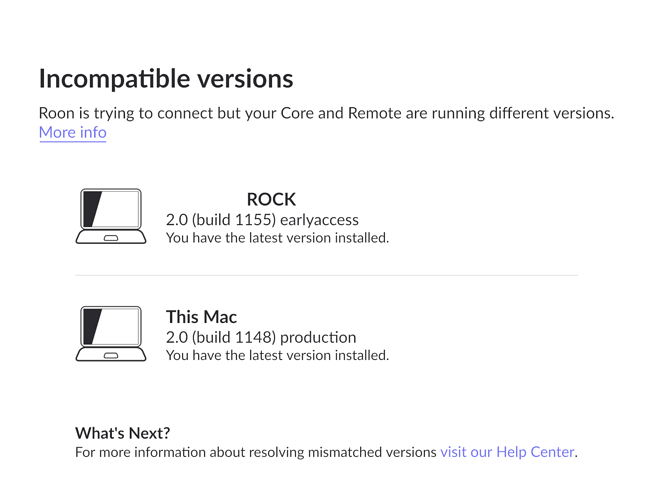 @noris i saw you replied on a different “incompatible versions (1155/1148) thread, so I thought I’d copy you here. Thanks.

Same here. My issue is for both my iPhone and iPad…both incompatible.

Yes, that might be the solution. Until today, the production builds of the remotes worked with an earlyaccess Core. I only have an earlyaccess Roon Core and ARC client. Is there a (public) link to the earylaccess remote via testflight?

That solved it for me! I also had TestFlight of ARC but been using the production version of iOS.
There was no communication of ROON about that.

Well obviously many didn’t know. And in the last paragraph it says:

Those should all be resolved before the next cycle starts.

which so far didn’t work out as planned it seems.
But I hope users affected will find a fix here easily as described.

I am running earlyaccess version of ROON as shown in the picture below.

The client is no longer working from Android, iPad, or Desktop (Win). Likely due to the version of the supported client published. 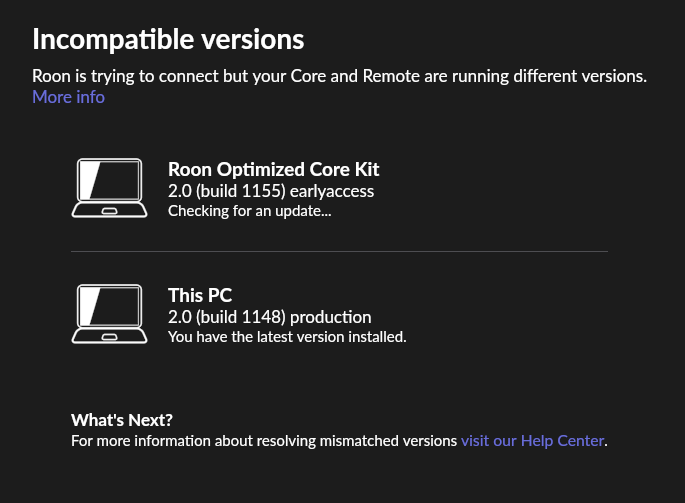 I’m wondering if some got pushed to build 1155 before the app stores released the remote??