Moved from another topic - creating a new topic for visibility:

Blank tiles in the "Discover" Page

That is partly true, but it will also use the second most tagged artist if the first has already been used in another genre, and so on… I think based on the alphabetical order of (top-level?) genres. But even this doesn’t seem to be a consistant behaviour - so possibly something else is at play.

Also, the photos on a specific genre page can differ to those shown elsewhere:

Hard Rock (which is a sub-genre of the Rock Roon genre moved to the top-level) for example: 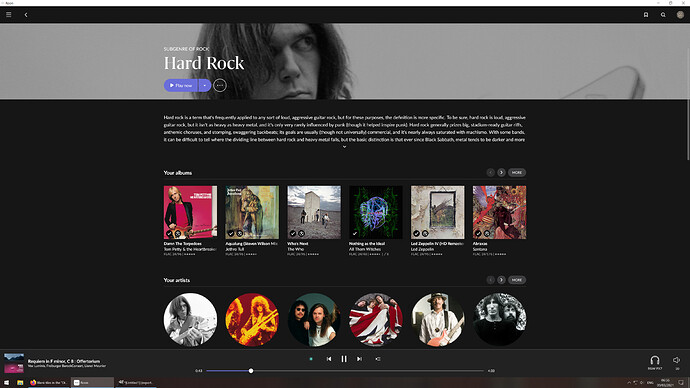 After deleting all my history and seeding Roon Radio from Hard Rock - playing two tracks from Led Zep, my artwork has just changed to the third most tagged artist (note the art used in the dropdown is also different) - so literally playing tracks also effects the artwork shown: 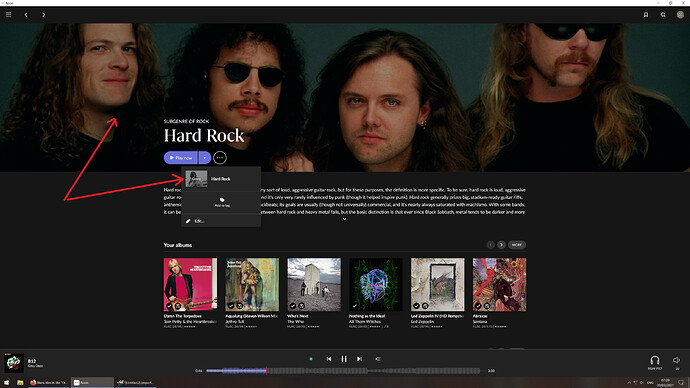 And then on the ‘Genres for you’ on the Home page. Note that the art for Heavy Metal (which I’ve moved to a top-level genre) is also different than that used on the specific genre page and main genre screen: 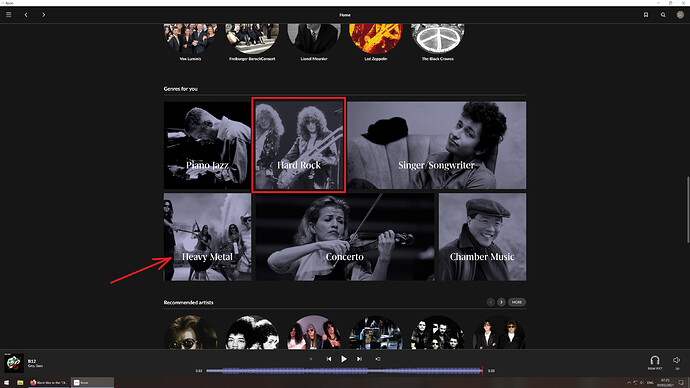 Again, note the different artwork showing on the dropdown (Led Zep, which is the artwork for Blues): 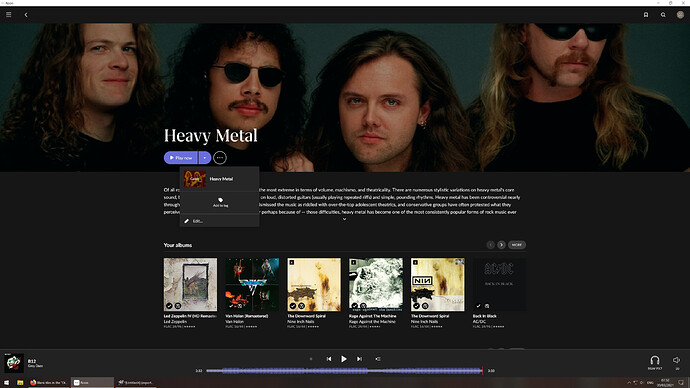 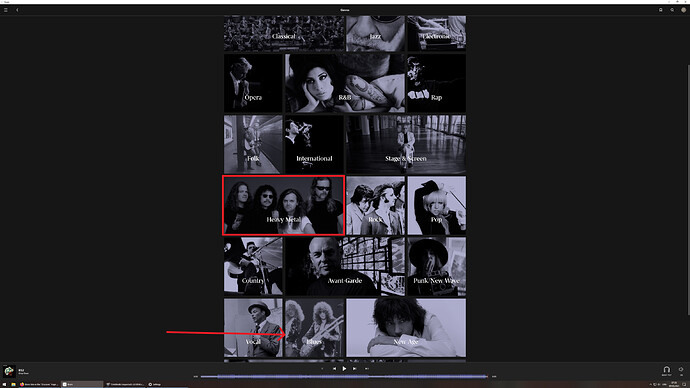 And now after restarting Roon, the previous art (Neil Young) is back for Hard Rock. And then switches back to Metalica when I start a new Roon Radio seed from Hard Rock, playing AC/DC.

Another restart, and Neil Young is back. I also noticed that the order of the ‘Your artists’ panel changed as shown below: 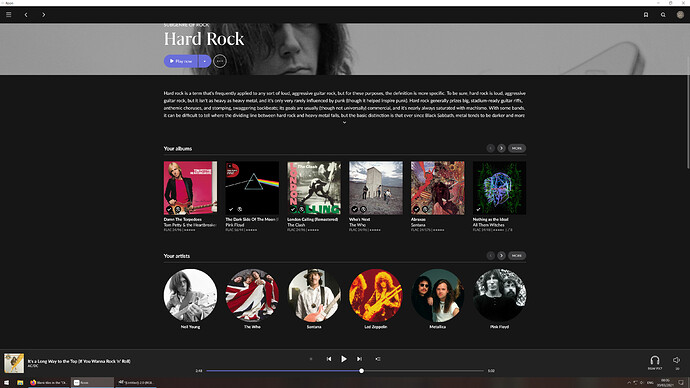 So Roon seems to be creating a genre tag play history which modifies the order in which ‘Your artists’ is shown (artists with most albums with tag + number of plays), which also effects which genre artwork is used.

Edit: Removing the Hard Rock tag from the artist will also remove them from ‘Your artists’ and genre artwork, even if they still have albums with that genre tag.

For example, each of the first five artists shown in ‘Your artists’ above have 3 albums in my library with the Hard Rock tag, so playing Led Zep moved it to first place in the order, but as the top-level genre of Blues already uses Led Zep, Roon selects the next in the original order - Metalica.

Although The Who and Santana aren’t in my history, they were seemingly moved up the order as I did play them (after Led Zep), but not long enough for them to appear on the ‘My history’ screen.

I started another Roon Radio seed, and the artwork changes again: 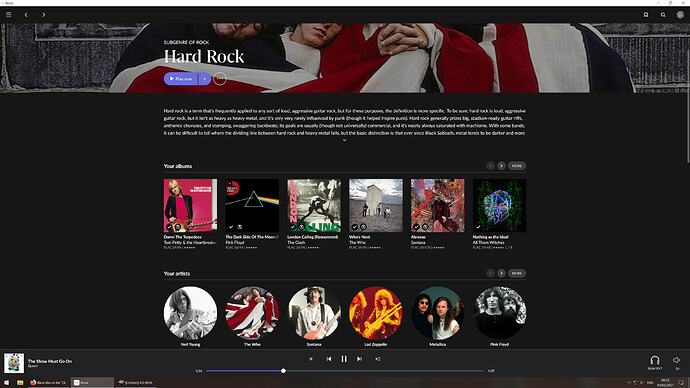 When the track (The Show Must Go On) is from an artist (Queen) that isn’t in my library (but obviously is an album with the Hard Rock tag) it seems that the genre artwork automatically changes to the next in the order.

After restarting Roon again, Neil is back with the ‘Your artists’ in their original order.

I think the above partly explains why we are seeing so many changes when we use user defined genres.

I haven’t tested it yet, but I assume the same behaviour appears just playing tracks from albums tagged with Hard Rock (not using Roon Radio).