iTunes doesn't update automatically, and the app is so slow I can't troubleshoot anything [Resolved]

I just got Roon a few weeks ago, and I jumped in with both feet by purchasing a Lifetime membership, but so far, I’m not sure I made the right decision.

Why? I bought Roon to integrate Tidal with my iTunes collection ( which contains all my imported CDs and lots of stuff not available on Tidal). I’ve got an iMac running OSX 10.11.6 and I’m using my iPhone as the remote and an AppleTV as the endpoint. My iTunes library is stored an external hard drive, and new music that I drop in there shows up perfectly in iTunes.

But, my iTunes doesn’t update automatically update my Roon, so that new albums ( you know, the one you’re most excited to hear ) aren’t available to listen to via the remote. This means I end up bypassing Roon and just defaulting to iTunes. Not good.

I’ve read all the troubleshooting tips on how to fix this, but I’m unable to put any of them into practice, because the Roon app ( though playing perfectly and accessible via remotes ) loads approximately 10% of the visual information when I load it up.

For example, this is what my Roon core looks like on my screen right now. Completely unusable for troubleshooting…except my iPhone is still able to connect to the Core and play music…just not recently added tracks. For context, Roon and iTunes and Chrome are the only programs running right now on my iMac which was just restarted. 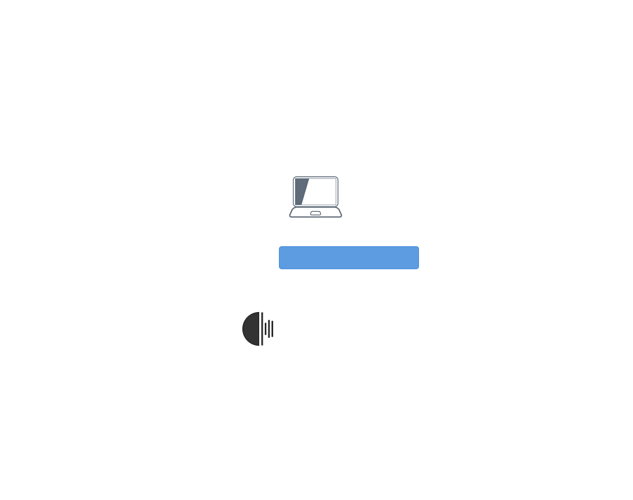 Anyone have any idea what’s going on? I don’t mean to sound frustrated, I really, really want to keep Roon, but right now this experience has me doubting.

For more context, this is what my Preferences window looks like: 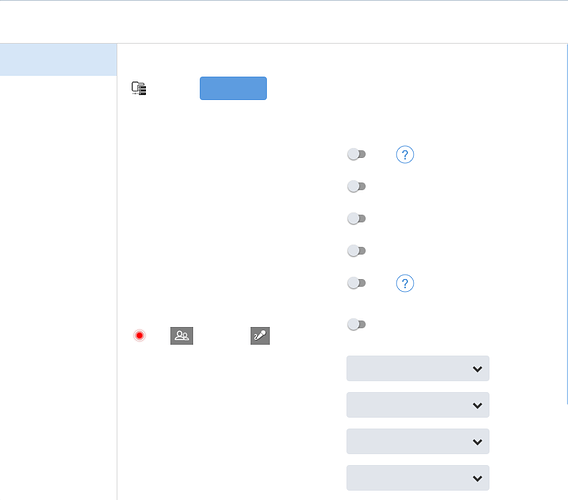 And this is what my profile page looks like: 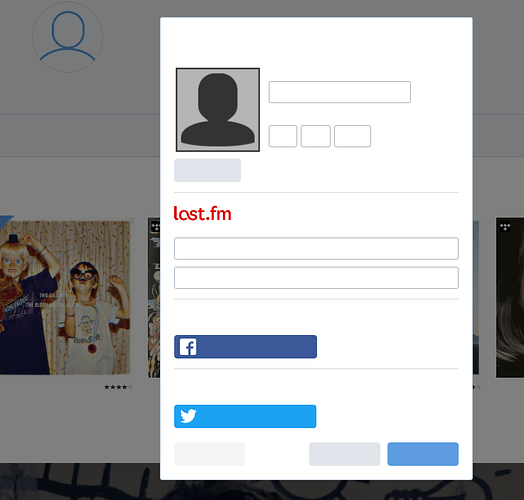 Any advice would be much appreciated - thanks!

I can’t help with the whole roon not seeing your new tracks thing, but once you start using a better playback device (i.e. a DAC) and stop using the ATV you will get an even bigger smile on your face.

Personally I dumped iTunes a long time back and now use Roon exclusively in the house, and there are many other better playback options on the iOS platforms when going mobile.

Great point, @seaharp1, thank you. I meant to do exactly that.

@support got any ideas?

True, @wizardofoz. I’ve got the ATV hooked up to a Schiit Bifrost MB via optical at the moment.

While not the ideal transport, AppleTV makes it easy b/c it means I don’t have to do any switching but I would definitely be open to building a Roon exclusive system…provided I can get it all working!

Hi @mike! I’d be happy to try. Unfortunately, I’m not able to get into my Roon settings for the reasons described above - I simply can’t get them to load visually.

what version of Roon you are running Can’t check this in app as above. is there another way?
What operating system you are running OSX 10.11.6
Basic information about the device you’re using iMac Core 2 Duo with 4GB of RAM - computer is older, so naturally I’m looking at it skeptically, but keep in mind the only thing I am using it for is Roon / iTunes
Describe where your music is stored USB connection to a 2TB hard drive ( plenty of room to spare )
Let us know your collection size looks like 1,103 albums in iTunes, I believe Roon said it was indexing 14,500 tracks ( which seems about right )

Remotes are iPhone 6+ 64GB and a MacBook Air ( used sparingly for this purpose ) purchased about 5 months ago. Dont have the specs on that handy.

Endpoint is an AppleTV connected to a Schiit Bifrost MB

No issues with Router connectivity - if the iMac is awake and Roon is open, it connects.

The little issue is the syncing of iTunes. I say its little because I assume we’ll get it sorted

Hope this helps - thank you!

The iMac looks like it is not up to the job. The one time I have seen Roon running badly (slow load up times, needing reboots often) it was on an elderly Macbook being run wireless. Sticking Roon on a headless Celeron NUC transformed his experience. I would be interested to see which spec iMac this was. It may well still be doing its housekeeping, especially if only switched on when being used. That means it is continuously maxed out.

Based on what you are able to see I would get the core off the iMac, still using it as a remote if you need to.

You really MUST ideally use a mac/pc with SSD boot drive otherwise its going to be a pedestrian experience to say the least for indexing the library and thats probably where the system is at now or at best still analysing the tracks. This can take a while even in a fast system.

@wizardofoz @Henry_McLeod It would make sense that my computer is some kind of bottleneck, but to be clear, Roon has already indexed my entire library. The 14,500 tracks are already in there as of a few weeks ago when I started the trial. That did take some time, but it’s definitely been completed. The issue is that new albums subsequent to the initial setup aren’t showing up.

Also, I did a “force rescan” to see if it would pick up the 4 or 5 new albums, and the rescan was completed pretty quickly, but the new albums weren’t present.

Note: I checked the MBA running as a remote and was able to verify that the iMac is running Roon Version 1.3 and is stable / current. What else can I provide from the MBA that would be useful? And can I solve the iTunes not syncing issue from the Macbok Air?

The iMac is almost always on, for whatever its worth, so perhaps you could clarify what you mean by housekeeping in this case? Is bringing the computer back from “sleep” likely to cause this problem?

@Roeyjose Roon’s specs for the device housing core are minimum i3 with 8GB ram and SSD for hard drive. You’re running a Core2 Duo with 4GB ram and tunes on a USB2 connection. You cannot reasonably expect to have a good experience with the setup you’re using.

@evand Please don’t be offended but I disagree with your final statement. The i3 etc spec is pretty generic and is there to cope with larger libraries. I have run a far larger library on an atom running linux and it ran fine. Given the library is already indexed I would suspect something else as the problem. What I would do first is delete the current roon core from the iMac and download and install the latest 1.3 version and add the library from scratch. Then at least the version is known if the problem persists.

Version is known now to be 1.3 on both MBA and iMac core. Entirely possible that my iMac’s not up to the task ( although roon specs 4gb not 8gb, you’re right it’s not SSD and it’s not i3 ).

I DID reinstall Roon, but I have not tried deleting the library and re-indexing. Given that the Roon app won’t even load - see my pics of the settings above - so I don’t know how I can navigate the menus to handle re-indexing the library.

To be clear, I just installed Roon and indexed my library two weeks ago and nothing’s changed on the computer in that time.

For larger libraries an i7 is recommended. Your library must be fairly small if you found performance to be good on an Atom. I’m running Linux too and switched from an i3 to an i5 because performance lagged (large library).

Bottom line, you want the best experience from Roon give it the resources it needs. Database on SSD, music stored locally, or on USB3, or on gigabit network. 4GB may suffice for a headless Roon Server, but I doubt it’d be enough not to have to compete for resource if running a full GUI OS.

It is difficult to see specifically what you might need to change on the iMac to fix this. All of the symptoms point to Roon having insufficient resources to do what it needs to do. I just fixed my Wife’s Core2Duo laptop by adding memory to simply enable it to run W10 properly. It wouldn’t run on 3gig, it is fine with 8. Most knowledge sources told me 3 was enough but it wasn’t. Graphics memory allocation may be an issue too. Do you know what that is set to?

67000 tracks. Currently running on an i3 NUC and no lagging at all. Using SSD of course and 8Gb on NUC. The atom was 4Gb

Term it what you like but the OPs library was only 14,500 so for comparitive purposes…and if you want to be pedantic the minimum recommended spec is i3, with 4GB ram