I am having exact same problem on a freshly installed latest version Roon Server on Mac Mini running OSX 10.12. At first I can connect and set up the server, then a short while into the scanning process it goes into a loop:

…and no clients can connect. I believe the Roon Server is crashing and restarting continuously. At first I thought it might be some kind of network issue, but the same thing happens from a Roon instance on the same machine as the Roon Server i.e. locally. I uninstalled everything and reinstalled but same thing. I could create a new thread but figured I would post here first in case anyone found any easy solutions.

1.3 no luck at all beyond RoonServer being installed but that's it
Roon remote can not connect to Roon server anymore [Resolved]
wizardofoz (Mr Fix It aka The Wiz) November 9, 2017, 11:52am #2

also add details of the network setup while you are at it. 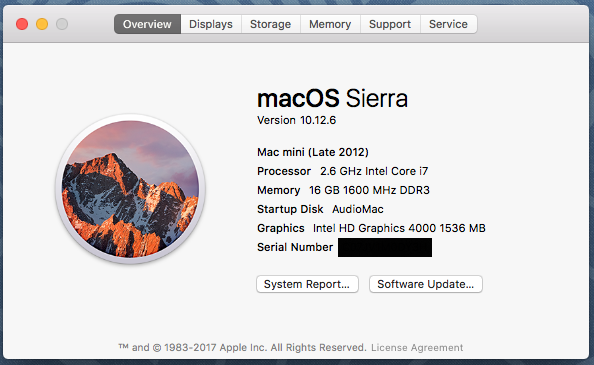 Yes of course, see above for Mac Mini specs.

I did read some of the threads implying that network issues could be the cause, and I already enabled Flow Control and disabled IGMP snooping on the netgear switch. However my gut feeling is it is not a network issue, because:

a) Watching the CPU usage in activity monitor on the Mac Mini it seems fairly clear the RoonAppliance process is actually crashing and restarting continuously, rather than just not being able to receive connections etc.
b) The Roon Server cycles between Running > Error > Started > Not responding even when no client is running or trying to connect. And the “Roon” in client mode installed on the same machine is also unable to connect at all.

Any other info you need, happy to provide…

The only other thing a little strange is that Little Snitch gives me a missing code signature message for the process Roon.

I have set that to be ignored, but still seems a little odd.

Hi @Ben_Curtis ----- Thank you for the report and sharing your feedback with us. Both are very appreciated!

Moving forward, I am going to be discussing this behavior with our team this afternoon to get some feedback, but in the meantime I am curious if this is being triggered by your security settings on the mentioned device/networking hardware. I know we’ve seen issues crop up in the past with little snitch and I noticed that you are also running pfSense which is a firewalls/Security software if I am not mistaken (please do correctly if I am wrong

With the above in mind would it be possible for you to try again with any active firewalls and security application/settings temporarily disabled? I would like to see if this triggers a change in behavior here

Thanks for your reply and for creating this new thread. I already turned off the firewalls completely on the core and client macs. As for Little Snitch I created Manual rules to allow any/any/any incoming and outgoing connections. But in any case I also tested with the Little Snitch filter disabled completely. Yes pfSense is a router/firewall distro. But as it’s “above” the switch in the chain I don’t think it shoudl be affecting anything except connections to/from the internet, not connections around the LAN. It would be quite time-consuming to reconfigure it however, so I’d rather not try that unless as last resort. If however there are any particular server addresses/domains etc to whitelist, I can do that. But really it shouldn’t affect anything LAN>LAN.

I don’t want to rule anything out including some kind of network issue, and those could all be plausible reasons for the problems. However I don’t see how any of these types of functions could prevent a Roon client talking to a Roon Server when both are installed on the same machine.

The other thing is when I first installed it did connect, even from remote clients. It was only after a little bit of scanning that it suddenly (and permanently) stopped working. When I uninstalled everything completely and reinstalled, I could then connect again and thought I had fixed it, but then the problem of the repeated crashing loop reoccurred again after scanning around 27k tracks.

Happy to send you logs if you want. Also as this is a fresh install I have no existing working library to be concerned about, so happy to try anything.

I wanted to rule out any network issues, so I uninstalled everything (Roon Server & Roon) from the Mac Mini and re-installed Roon as Core (not Roon Server). It is still scanning but so far everything seems to work perfectly, which leads me to think it is something specific to Roon Server that is causing the crashing. I liked the idea of the lower-resource Roon Server but for now I guess I will stick with Roon as the Core.
I did however save all the logs of both server and client taken during the failed attempted connections, before I uninstalled, in case it is useful for you to troubleshoot.

Update: Looks like I spoke too soon. Roon as Core crashed completely. I uninstalled and re-installed, and it crashed again (I saved the crash logs). But interestingly the crash was at the same “number” in the track-adding process. Could it be that some kind of corrupt music file is what is causing the crashing of both Roon Server and Roon? If so how would I go about identifying the culprit?

I have had issues with Roon crashing on scanning a bad file (DSD 512 in my case of a download site as a demo IIRC) there was a thread on this. it should be findable in the logs.

A file that was called Wechseldominante - Babel DSD512\Wechseldominante - Babel (DSD512).dff caused an issue in the V1.3 Build 216 scanning and resulted in a crash loop so if you have this on your system suggest you remove it and perhaps others from the same source http://www.wechdomi.org/english/index.html Use at your own risk until support gets a wiff of the issues with it

Thanks, appreciate the info but I don’t have that or any DSD files, only Apple Lossless and MP3s/AACs. The logs are quite extensive, is there some phrase in particular I can search for?

Moving forward, I would like to have our techs take a look at your logs so we can try to determine what may be causing the issue here. Being as the RoonServer/Core is offline currently can you please send us a set of your logs using the following procedure:

I did some more digging in the logs and identified the last tracks scanned before the crash. I removed two albums of MP3s and now it seems to be working, fingers crossed. At least Roon has successfully added all the tracks and it’s part way through the analyzing process. I’m going to leave it doing that overnight. Maybe I’ll migrate to Roon Server later but for now I’m happy if Roon works.
Happy to still send you the logs (the ones I saved when it was crashing) if you think it would still be useful… which address or person should I send the dropbox link to?

Thanks for the update, @Ben_Curtis! Very appreciated, and great work tracking down those two problematic albums

Moving forward, I would definitely like to have a look at your logs and being as the core machine is now up and running I can enable diagnostics on your account. This action will automatically generate/upload a diagnostics report to our servers which will contain a set of your Roon logs.

Furthermore, would it be possible to send us over a copy of the mentioned albums that were removed for analysis? I will be contacting you via PM with upload instructions momentarily.

@Ben_Curtis ---- Thank you so much for the PM, confirming that all materials have been received!

Again, can’t thank you enough for the diligence here

Thanks for the report @Ben_Curtis – we were able to identify the issue with these files, and we’ve implemented a fix for our next Roon release.These files should work once that goes live.

So you know, the issue we were having was related to the file tags, so in the mean time you might be able to use a tag editor to clean things up if you really want to import these files.

Just let us know if you have any other questions, and thanks for the report here!

This topic was automatically closed after 36 hours. New replies are no longer allowed.