Has anybody successfully connected their Nucleus/Core into a Orbi satellite into on of the ethernet connecters? Any success? Might need it as a band aid until I run a ethernet directly into my Nucleus.

If you search the forum there are a few threads about it, for example.

Core Machine (Operating system/System info/Roon build number) Mac Mini OS X 10.14.4 Roon version 1.6 (build 401) Network Details (Including networking gear model/manufacturer and if on WiFi/Ethernet) Orbi RBR50 to RBS50: WiFi or Ethernet Audio Devices (Specify what device you’re using and its connection type - USB/HDMI/ect.) LS50 Wireless Description Of Issue Roon Core is found if I connect wirelessly or by ethernet to the base station (RBS50). However, I get a message that flips from Co…

I had many issues when I initially connected Roon Core to a Orbi network. It took time and some fiddling but what seemed to work was adding unmanaged switches between the Orbi router and my core device and I also plugged my DAC connection into the switch.

Thanks. Like I said it’s just a temporary solution until a CAT 6 wire is run from my router. The Orbi mesh system is in AP mode connected to my FIOS router, which is not broadcasting a wireless single.

So you connected the unmanaged switch into the satellite? Then core and DAC into the switch? 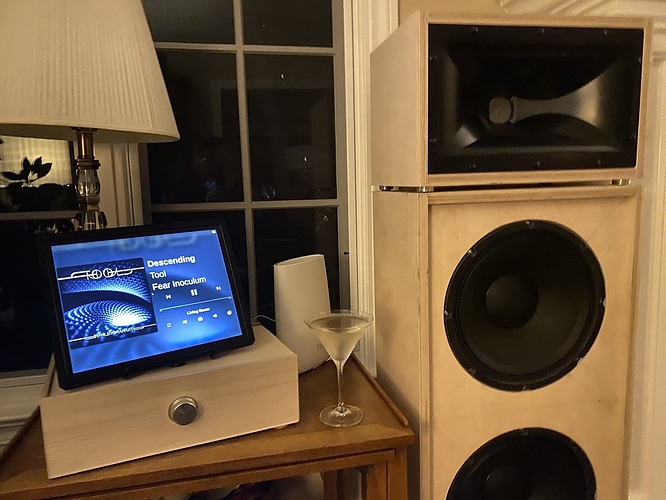 orbi2048×1536 770 KB
I bought an extra Orbi sat for just this purpose. Macbook Core, CCA and Raspberry PI control display all connect to the Orbi Sat’s ethernet bridge ports. Works flawlessly. This is probably the next best thing to having a direct wired ethernet connection. One dedicated channel for cross Orbi communication really improves the latency and reliability.
1 Like
Larry_Gelman (Larry Gelman) February 26, 2020, 9:16pm #7

Comes with a martini as well.

Nope. Sometimes Qobuz will just quit on a particular track, but that seems to be a reliability issue with the Qobuz service vs. any local network issues. I’ll often have a remote connection open to the Macbook Core when this happens and the Core’s network connection is always fine.

Maybe not. I never have that problem with Qobuz. 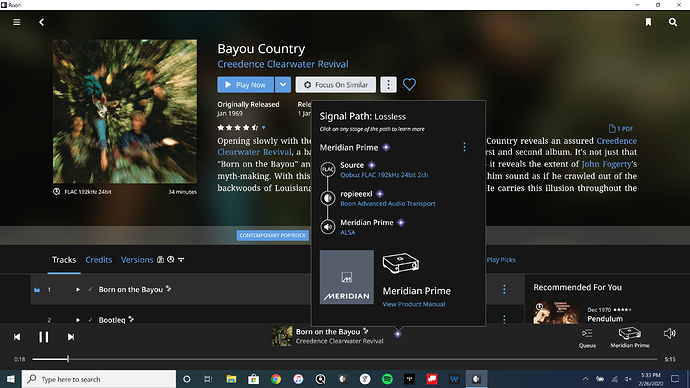 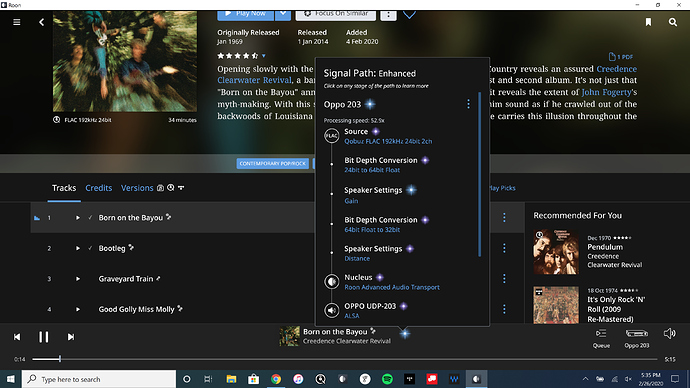 Tidal has 24/192 but they are folded in MQA to 96 or 48. If you don’t have an MQA DAC, you should probably subscribe to Qobuz instead of Tidal. 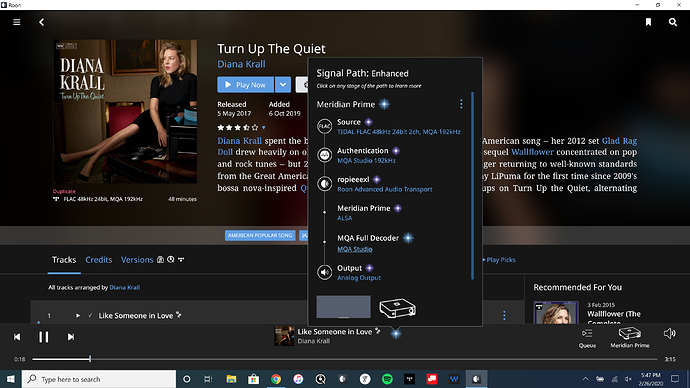 Maybe not. I never have that problem with Qobuz.

I could run a network analyzer on it, but it happens so infrequently it’s not worth the trouble. Maybe a couple of times a month. And honestly Comcast is so sh*tty in my neighborhood it’s just as likely that.

I was referring to your Quboz files streaming. Or @MenloBob streaming his files. BTW. I see a Beck Mutations is available on Tidal 192. I’ll try it later.

It depends on your DAC. If you don’t have an MQA DAC, you will get the first unfold from the Roon core which will give you 24/96. Of course, you have to have the Roon software set to decode MQA.

Thx. My Oppo 105 DAC can decode 192. I have several downloads from HD tracks that play perfectly. Just haven’t seen them on streaming services.

But, if you have Tidal, you can’t decode to 24/192 unless you have an MQA DAC which your Oppo does not have. You will get 24/96 by virtue of Roon software decoding of MQA from 48 to 96. That’s why I suggested you would do better with Qobuz.