Hi, my Qobuz favorites have disappeared from my Roon library. There are still accessible through the Qobuz section but my library only contains my local music

/Phew. Not just me then - I thought I found a bug when removing a duplicate from a Qobuz store purchase earlier today. It is inconsistent - some favourites are now back yet not in a date order and a fraction of what should be there.

Hi, I have observed the same problem: all Qobuz albums have disappeared from my Roon library today. And they still exist as favorites.
My situation is the same as for Luc_J_Meeus. (My backup is unfortunately too old.)
What can we do to solve the problem?

And another one bites the dust.

I also lost all Qobuz albums in my Library, whilst they are still there as Favorites in the Qobuz app.

Apparently the link between Roon and Qobuz is ‘disturbed’ !?

For the moment it is best to wait and see.

Update:
I have 59 Qobuz albums in My Library 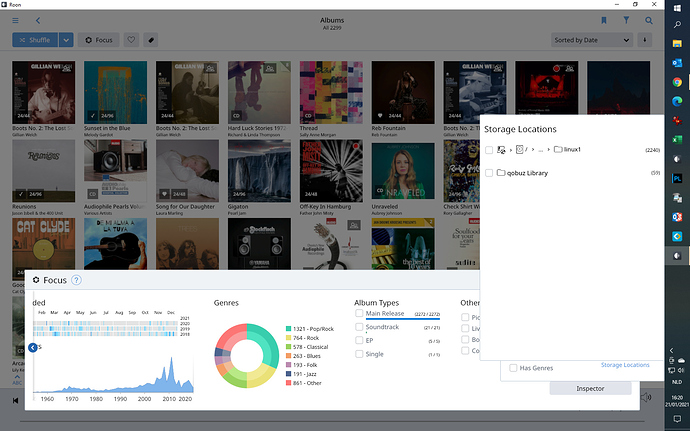 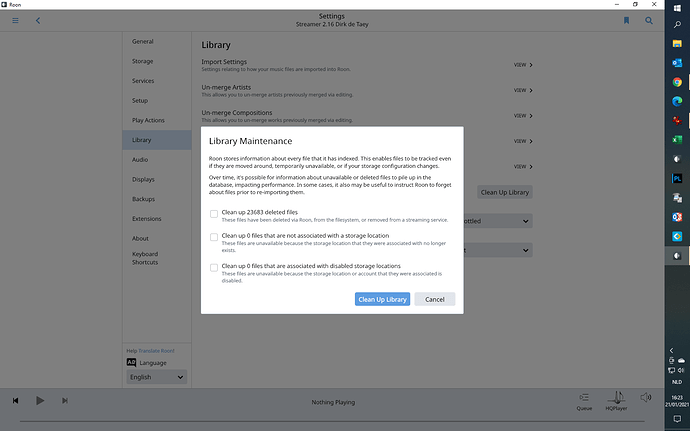 Looking at Favortite Albums in the Qobuz section, they are supposedly all still there 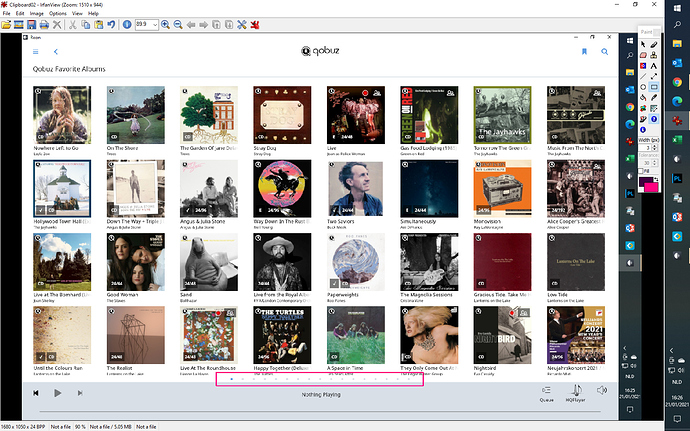 Update: I am almost fully restored.

Update 2: I’m now fully restored in all my Qobuz glory.

Further update : my system seems to be slowly (VERY slowly) recovering, I have now 120 Qobuzs albums 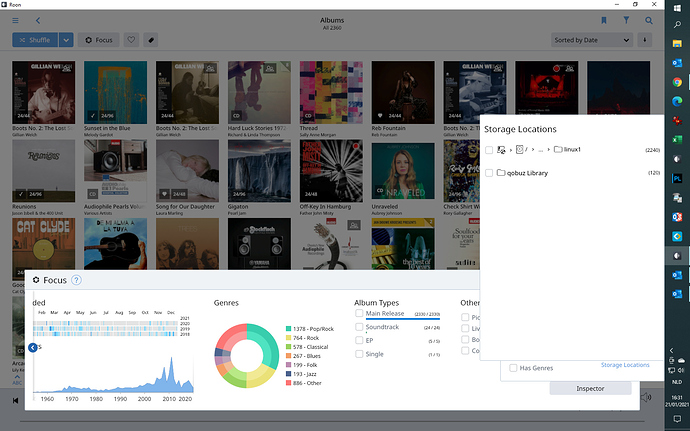 Thinhs have come to a complete stop, no further progress after 120 albums

In order to make sure that it is not my system, I have done a restore from a backup of this morning (before problems with Qobuz arised).

Restore is complete. At first sight, all my LOCAL albums are there.
However, no Qobuz anymore in Albusm - Focus - Inspector - Storage Locations (or in Format - …)

I have logged out and logged in from Qobuz, started a Sync Now, which took a couple of seconds) with no results.
However, aal information in the Qobuz section, including My Favorite Albums in My Qobuz are all there.

Anybody else with an update?

Everything’s back for me (just under 600 Qobuz albums). I too did a restore and restarted the Core. I restarted a few times and, gradually, the albums came back.

I have tried a library maintenance. A bit worrying as it said thousands of tracks had to be cleaned but Apparently all Qobuz albums ate back. Some playlists have lost albums or lots of tracks.

Add me to the list. All existing Qobuz albums seem to be there if added before this week. Anything added via Qobuz this week isnt syncing into my Roon albums view. I can add them via the Roon interface no problem.

Clearly something amiss with the API.

**Network Details (Including networking gear model/manufacturer and if on
Virgin media 200mb, router connected to evo432

Description Of Issue
Over 550 albums have suddenly disappeared from my Qobuz Roon library … I watched as the number of albums shrank from 740 to 80 … it is not this device, as my phone app confirms 80 tracks, implying this is a Qobuz problem, but when I check online, library is intact on qobuz.com.

I have tried reconnecting the Roon app to my Qobuz account, to no avail.
Help !!!

Update : all restored, seems that i am not the only one to have experienced issues
Had to sync the library several times, all albums and tracks back where they belong.
Seems that the link between roon app and qobuz broke

BTW @Carl, thank you for moving this post, I tried (and failed) to find similar thread before posting

Have a look at this thread.

@dylan, @support,
Multiple users reporting, Is there a backend issue?

What exactly did you do in Library Maintenance? Have you cleaned (/deleted) all the files that were indicated as deleted in Library Cleanup?
Dirk

I relaunched roon several times until it filled the library.
Looking in cleaning and see if there are any tracks to import.

Qobuz albums in library not visible anymore
SukieInTheGraveyard (Some people call me Daniel) January 22, 2021, 9:59am #16

Is the matter resolved for everybody yet? The issue of unsupported countries is mentioned in another thread.

Is the matter resolved for everybody yet?

Not for me, Germany.
Only local files are still there.
But something strange, suddenly I’ve got 7278 deleted files in my library.
@support
My Qobuz favorite albums and playlists are still there and I have tried to sync the library, but without success.
What else can I do?

I had a complete library earlier, including items added yesterday. I added a new release that wasn’t available yet in Roon (released today) via the QoBuz application and this didn’t come through.

Now that release has come through but over 1000 albums have disappeared.

I’m in the UK with a UK QoBuz subscription. Albums play OK so it’s noting to do with international settings I believe.

Once again all Qobuz albums disappeared. Settings/Library/cleanup library once again proposes to clean up 17557 deleted files, but I didn’t delete anything. 17k files must be roughly my Qobuz albums. There is a bug between Qobuz and Roon and I won’t clean-up everyday

This time, I’ll wait a few hours and see what happens. Frustrating …

Nothing happening at my side neither.

New Qobuz albums can be added to My Library without any issue, but +/- 1500 Qobuz albums are waiting to be re-added again.

This is indeed frustrating, as one can not take new backups (risking to override a good backup with something that is definitely not OK.

I also hope that Roon will solve this issues that some of us have, before they launch a new version. Otherwise, we will probably be in deep s…