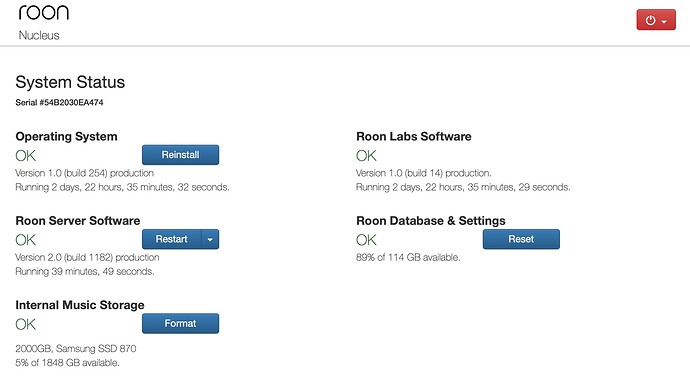 Dedicated Netgear GC510P with only Nucleus and dCS Bartok connected. No VPN.

Main: dCS Bartok> on the same switch. Further down the network and mostly not switched on with crashes KEF LS50w, Project Streambox Ultra, Auralic mini.

Roon is crashing on a regular basis. It is unpredictable when, and I cannot find a pattern.It is really a poor experience now. I have invested in a lifetime contract (I think since 2016) and a Nucleus. When it happens it takes upon to 5 minutes(!) for the system to be back. Which forces me to switch to the dCS app, which is not convenient but never crashes.
I do experience these issues since a year now.

In the meanwhile I have changed the DNS to the Cloudflare settings. Faster reaction. But I still had a crash since. I have tried a lot.I think it is caused by the Nucleus.

Thanks for your patience while we work through each thread. Following up on this issue, can you please take note of the date and time the next time you experience a crash, and share that information?

From there, we’ll be able to pinpoint what might be going on at the time of the crash

With that, I would also do a fresh OS install via webUI and see if the crashing continues. I’ll be on standby for your reply.

OK, I have done the OS already and will monitor the next crash and report it to you.

It just happened again. At 20:40 CET. At 20:54 (14! minutes later) Roon came alive again.Then it takes a couple of minutes more to have everything from Qobus,Tidal and the built-in SSD visible again.

Thanks for the info @Hans_van_Mierlo!

What external devices do you have connected to your nucleus?

With that, I’m seeing that you’re close to hitting the limit on your internal music storage space on the device. This doesn’t directly relate to your crashes, but things can certainly start acting funny when you’re out of space in general.

I’d be curious to see if you run into the same issues on a fresh database. Steps to follow below:

Thanks Benjamin. Right now, the Nucleus is standing next to my main renderer in my music listening room. This is in the back my garden, which is approximately 75 meters of cable and three switches in between the nucleus and the router. So I can imagine that this is giving some errors. However, I do not have hick-ups or other bandwidth issues. I have a dedicated high-end switch, where only the Nucleus and the Bartok are connected, both with high-end CAT8 cable. Actually this is one of the mitigations I have tried to solve the frequent crashes. I use to have the Nucleus on the first switch close to the router. But even then I also had the crashes. Also when playing on the other renderers on the same switch.
What is better? The Nucleus close to the router (modem) or close to the renderer?
Also I did experience another crash on Sunday at 21:10 CET.

Oh and I have done all that you have mentioned. I am reluctant in doing it again, as I will lose my last added selection again.

Generally speaking, having your core directly hardwired to your router will almost always provide a more stable environment.

as I will lose my last added selection again.

To confirm, did you first test out using your Nucleus on a fresh database before restoring from a backup? Did you still run into regular crashes?

If you don’t run into crashing on a fresh database, you could have a corrupt database, or you may want to consider increasing your internal space on the Nucleus.

Thanks again Benjamin. So I will install the Nucleus again close to the Internet modem / router. Question: should I connect directly to the router or to the first switching the circuit. I always read that the built-in switches are not that good. The modem is the Gigabit connect by Ziggo (I think the manufacturer is Arris) 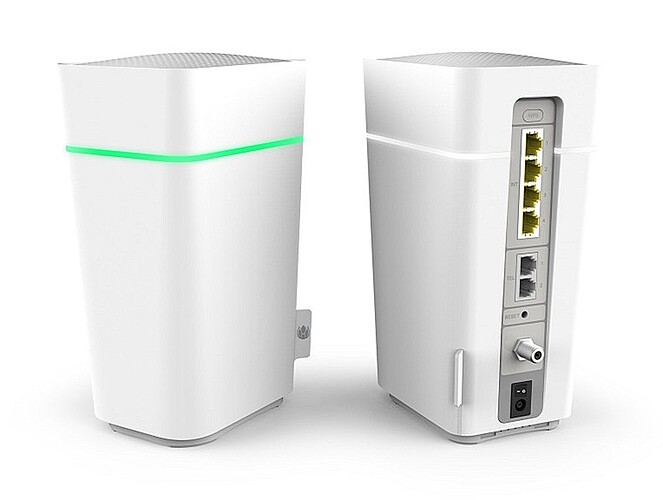 When you mention the limit do you mean the hard disk? I should just remove files or install a bigger SSD (this one is 4TB)? Or is it RAM memory. In that case how should I do that?

This is in the back my garden, which is approximately 75 meters of cable and three switches in between the nucleus and the router. So I can imagine that this is giving some errors.

Just a note, this is from your router manual.
I don’t know which cable was used and how serious is this to be taken.

have a dedicated high-end switch, where only the Nucleus and the Bartok are connected, both with high-end CAT8 cable

Thanks Axel! But I think a hub is different than a switch. Switches are used just as a direct connection. So I guess regular ethernet cables are ok.

should I connect directly to the router or to the first switching the circuit.

Directly to your router should suffice.

When you mention the limit do you mean the hard disk?

Take a look at the WebUI of your Nucleus - you’ll see only 5% left of 1848GB remains available. Removing files or getting a bigger SSD would certainly help with managing available space. You can check out this thread here on a more detailed step by step on replacing the SSD :

John, thanks for the suggestion. I have considered a NAS many times, and while I may get one in the future, as long as my music collection will fit on an internal SSD in the Nucleus, I would prefer to stick with that configuration. It’s silent, takes up no extra space, is cheaper than a NAS, and requires no management work. While a RAID 5 configuration offers drive failure tolerance, a friend of mine had his RAID 5 NAS fail recently due to a motherboard failure in the NAS, so they’re not a 1…