This thread is for feedback about Roon 1.8 (Build 880), which brings a number of new features and improvements you can read about in the release notes.

The R&D team also took some time to write up more detailed posts about Valence, Art Director, and Search. Check them out below!

The latest Roon release talks about Art Director as a way of fixing up artist photos in Roon, and I’d like to expand on that. We’ve been testing this internally for a while now, and a small number of you (a few hundred) have already been using Art Director as well. I wrote this post for those early users, but I’d like to share this with you all now that this stuff is out the door for all to use. Getting high-quality (and highly accurate) photographs of artists has been a challenge for everyone…

With the release of Art Director, we’ve added an “info page” at https://valence.roonlabs.com. Here, you’ll see a page with a reasonable explanation of the types of things Valence does and how Roon + Valence is different than any other player out there. I know it’s not quite “the formula”, but it’s the best overview we’ve written up to date. If you have questions or want us to add more detail to this page, let us know!

Hey all, I wanted to fill you all in on what’s been happening with search, and we have done in this release to make things better, and a little bit of what we have planned for the future. Before I get started, one piece of background: we feel strongly that it’s best for the product to present a single, clear answer to a search query that blends both library and streaming content without putting them into separate “silos” as some other products do. This allows Roon to give a single set of answer…

If you’re having trouble with the new release, create a thread in #support and make sure to fill out the template with more detail about your setup. Thank you!

Rock would not update again without a full reboot. Other than that all seems fine.

Really glad to see Art Director. I’ve been hoping for a feature like this for a long time. Thank you!

I think this would make a good addition…

For bands that have had personnel changes or for performers who have had long careers, the picture is often not a good choice in relation to the album. In Art Director, let users set the year on each photo. Then use the photo closest to the track’s original release year in Now Playing.

Don’t know if anyone else would care but I would like to see some kind of visual indicator for the Playlist by Roon when one is selected and playing. I picked one at random to check it out then could not recall which one was playing. Old-timer thing. If that is doable how about including that for Daily mixes.

All good so far.

If browsing to an album, like Quobuz → Qobus grand selection → select album, the album is marked not in library, even if it is. It shows correct in library if I search for the album. It’s not a album version issue.

Roon 1.8 Build 880 has caused a corruption of the database in Roon Core.

I can restart Roon Core but it quickly reverts with the database corruption message.
I have already tried to restore from a Backup, and when the latest version of Roon Server tried to update the database from the previous build to current build, the corruption was back?

What does one do now? 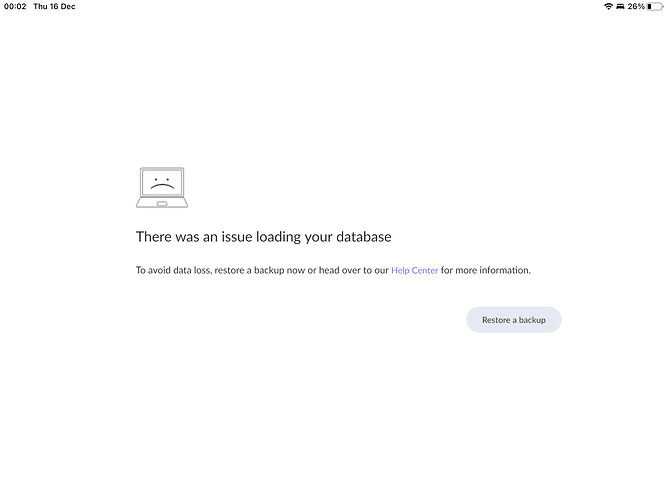 Is it just me, or has there been a change to how wide the content pages now go on large screens? I have a lot of white space around some of the pages now (Home, Artist and Album views), which then snaps out to full width in grid views (Albums, Artists). It’s quite jarring. Or am I just noticing this?

Upgrade with M1 Mac as core.

Core drops off line continuously and also looses connections to all audio devices.

Has rendered the system non functional.

Have rebooted all devices, checked network status, etc. System will connect for a few minutes then all will drop off again.

Create a thread in #support as indicated in the first post is probably a good first step.

Roon crashes quickly on a Mac Mini (2012) running the new build on Catalina 10.15.7. My entire streaming platform is now kaput.

Are you running your Mac mini headless?

I was just able to get a little stability by using screen share on my Mac mini and just leaving it up in the background. If I close screen share Roon crashes shortly there after.

Updated Roon Core first, next iOS followed by Windows 10 Roon application. After update, iOS phone and computer do not show up as selectable audio playback devices. I have tried to disable and reenable, reboot and reinstall updated applications.

All endpoints that did not require a software update (like Sonos) are selectable and can play music, while all endpoints requiring the software update, while showing enabled in the settings menu, are absent from selection for audio device playback.

A smaller issue in addition, but despite all the reinstallations the Roon desktop icon is now just a plain white file, no Roon logo.

Why were artist thumbnails replaced with logos? I had artist images for nearly all my collection, now the images are gone replaced with another image or a logo. That’s a lot of work wasted.

early indications are looking promising! One issue I was having was with Roon not adding certain files to the library - for the life of me, I couldn’t create the issue - with this build, hundreds of songs were added - I won’t ask, but thank you! Just beginning to play with the search, but so far it appears to be a vast improvement - thank you for the hard work getting that pointed in the right direction -

hi. i finally got the mac os software updated on both the server core and the roon bridge (yes, two mac minis). that seems to have solved it.

Can’t seem to get Android update?

Same here. Play Store is at 831 as is Amazon Appstore. My remotes can’t connect to the core which is now 880.

After uninstalling and reinstalling Remote on my LGV40 Android multiple times, Playstore finally shows as 880 and it updated remote to 880, and is now seen. Trying to do the same to my FireHD via Amazon’s Appstore.
OK…after some trials & tribulations, my remotes are back.
I know what happened. Your doc says to update the remotes FIRST and then the Core. I turned the Core (HP Laptop) on, when the remotes were ALREADY on. I went to my LG first, and it DOWNLOADED 880 TO THE CORE & REMOTES CONCURRENTLY, INSTEAD OF JUST THE LG. AT THAT POINT, THE REMOTES WERE HOSED AT 831.
Eventually, Playstore updated to 880. YEESH!!!