After installing the 911 update on my Macbook Air M1 running Moneterey 12.2.1 Roon wont start playback via HQPlayer 4.17.0 and instead freeze HQPlayer. 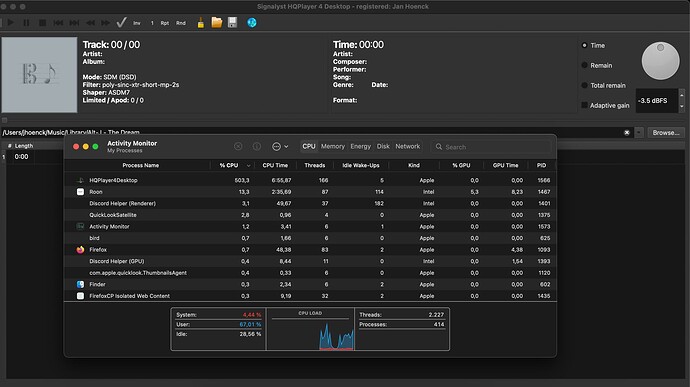 Doesnt matter if I play local files or try streaming Qobuz. Neither SDM nor PCM will work.

Do you have the allow network control button toggled ON? On the PC version it is a little icon where your blue globe icon is. 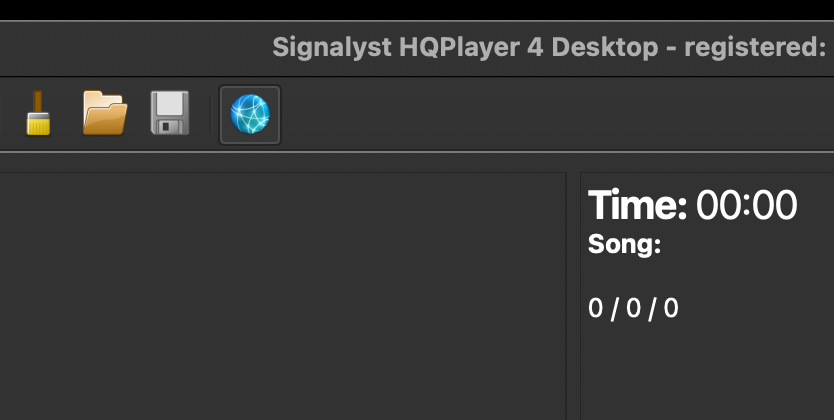 So I finally managed to get the playback starting… but it took 1 minute and 22 seconds to start. Stopped the time with my phone… when skipping to the next song or trying to start another song from another album it takes super long or doesnt start at all…

Something is seriously wrong here…

Have you checked out this thread yet?

Just updated to Build 911 on my SonicOrbiter server. Running HQP 4.30.2. Playback via HQP fails with message “Playback couldn’t start. Make sure you’re using HQPlayer 4 or higher. (Error: AUTH)”. I rebooted the server and playback started successfully. However when I went into the HQPlayer set-up and changed one of the parameters (a filter selection) subsequent attempts at playing resulted in the same error message and no playback. It seems that if I make my filter selections and reboot the …

Ok, appears there are a few " issues" ATM.

Not sure if there was anything useful in that thread to help your situation.

Yeah. Did you take a look at the screen capture i shared in this thread?

I did but I really don’t know much about HQP.
You are in good hands with @Rugby on that score.

Just including that thread in case it was helpful.

Alright. Thanks mate. Appreciate your help.

took 1 minute and 22 seconds to start

Hmm. can you list the filter, modulators used as well as source resolution. Those things can affect the time for playback to begin as it is doing processing. See, this post for an extreme example.

The same filters and modulators I used for months and playback alwas started after a few seconds. This changed with the update.

Hmm, yes the DSD playback, that took about 1 second on my PC from a local 24/192 source. However, I am not familiar with Mac as to other suggestions. But, I’ll ping @jussi_laako who might have some ideas what could be going on.

Thanks @Rugby. We’ll se if Jussi can help.

Will do. Thanks again for your support. You guys are great.

So I finally managed to get the playback starting… but it took 1 minute and 22 seconds to start.

Perhaps you have a filter like poly-sinc-long or something similar?

Longest initialization time I’ve got was around 48 hours…