Big fan of your work (as some of you already know).

I’m sure improvements are coming in this area of Roon but I do hope Roon can incorporate the data Tidal now has.

Here are some examples of old, classic albums where Roon’s is very ‘limited’ compared with Tidal’s desktop app… I could literally list hundreds, maybe thousands more examples, especially with newer music. But here are some old classics. 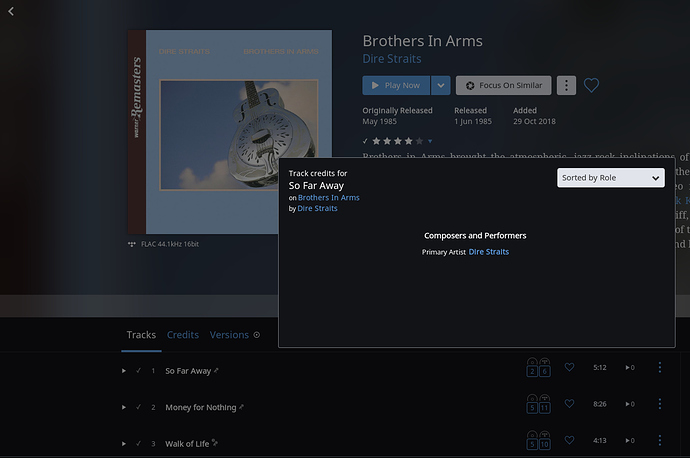 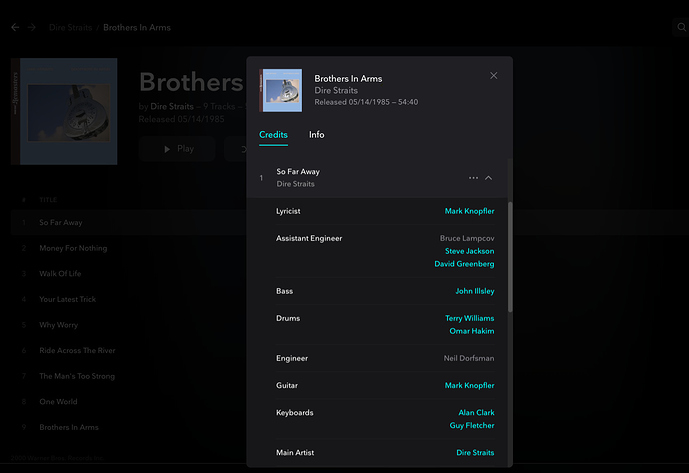 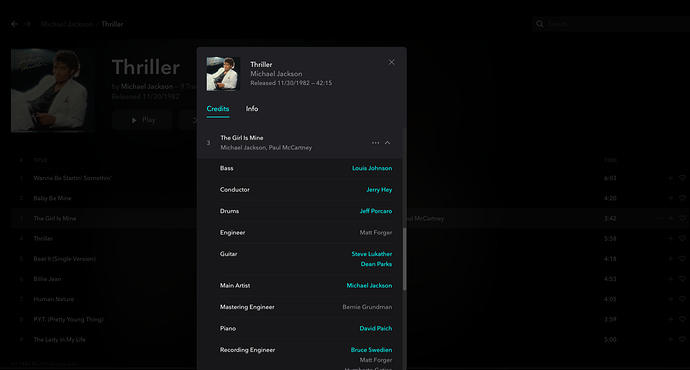 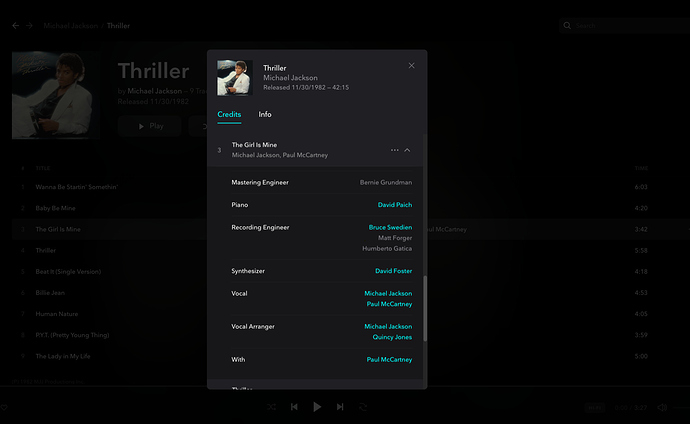 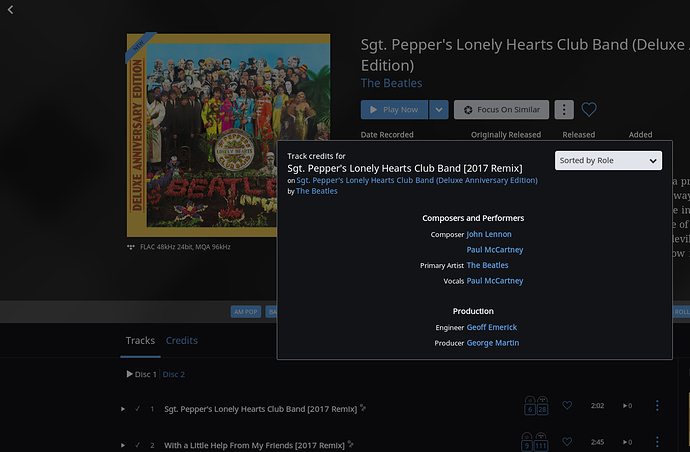 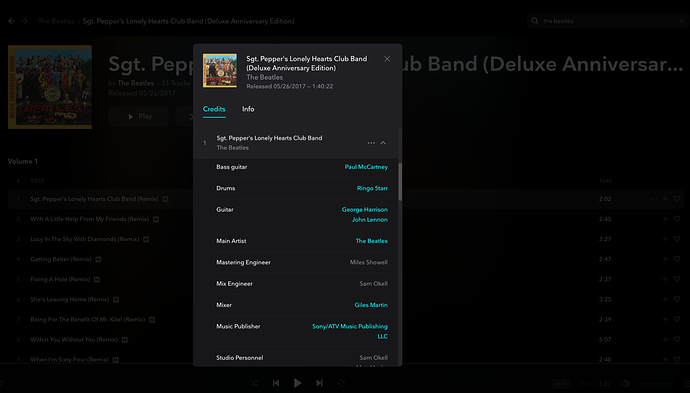 And one for the ECM fans, Keith Jarrett - Survivor’s Suite: 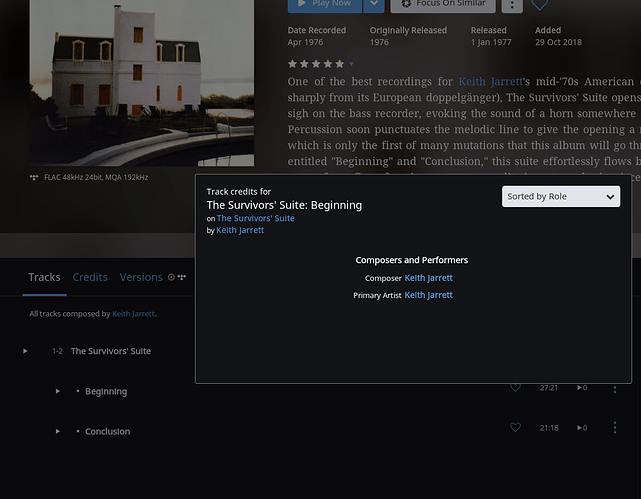 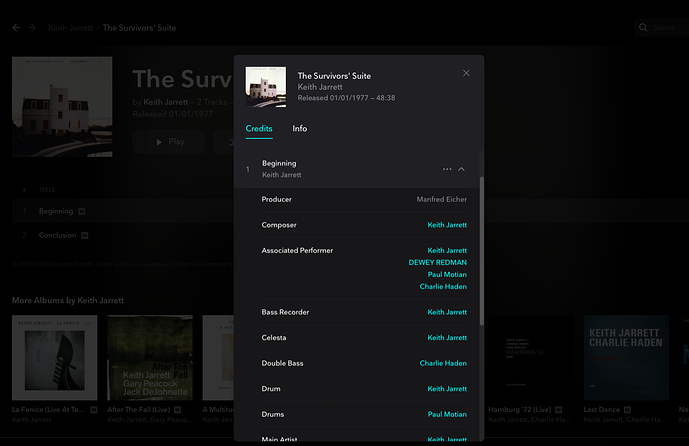 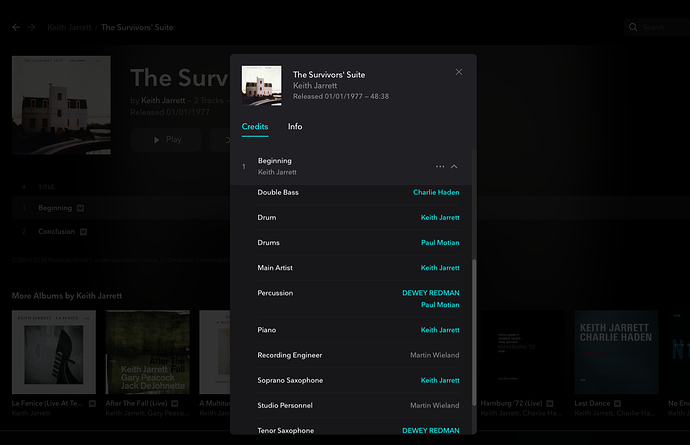 If you add the examples you listed to your Roon library from TIDAL then it shows all of that information.

Hi Mac, all those examples are in my library already…

As mentioned in my opening post and the track screenshots I included, I’m talking about track by track data…

… which Tidal shows in detail but Roon doesn’t (for my old classic album examples and hundreds many more albums that I could show).

But yeah seems like a simple thing to remedy on Roon’s end.

This is about track by track data, where Roon is lacking behind the Tidal desktop app, per my track examples. The data is there, so hopefully this comes to Roon.

I’ll add track data to the thread title, in case it gets missed from my opening post and the specific screenshots.

Any response from Tidal on this?

Are Tidal willing to share all that fantastic individual track info that’s inside the Tidal desktop/mobile apps, with Roon?

Or are we stuck with what we have, per the examples I shared above?

I would like to see better per-track credits as well, and hopefully it carries over to focus.

I would love to be able to focus on specific tracks that feature a certain bass player, for example.

This is all understood. We have plans to make this a lot better, but it’s not going to happen overnight!

A post was split to a new topic: Tango in the Night not MQA

Many thanks for considering this. I have the same issue; also love Roon; and thank @dabassgoesboomboom for raising it.

And another vote for this, it’d deliver so much more value being able to explore one’s music using this level of metadata.

@joel, Do you have any news to share on this? 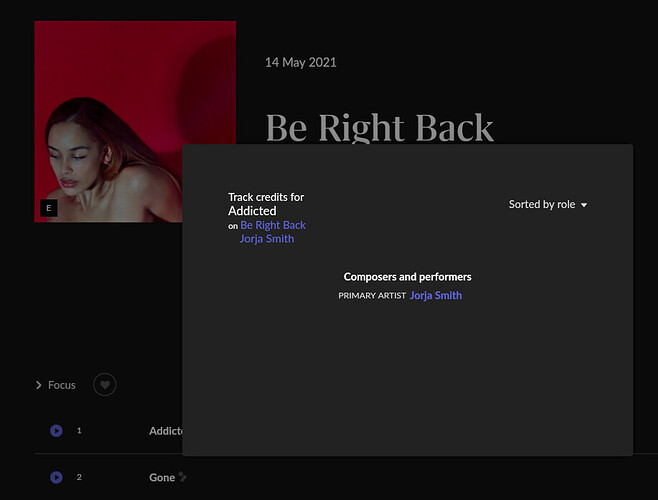 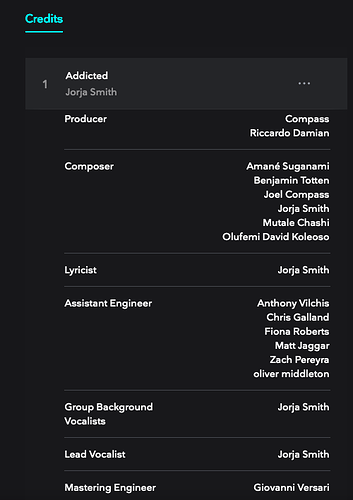 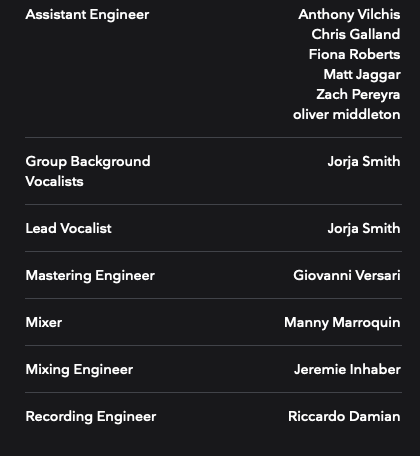 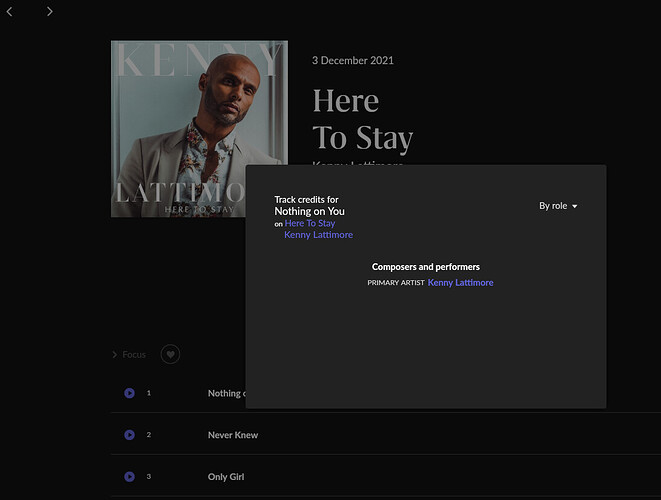 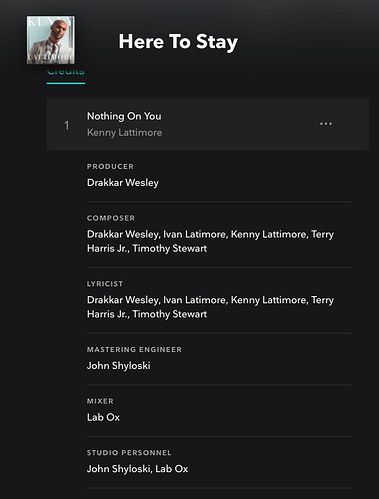