Looks like I’ll be spending New Year’s Eve fixing Roon again for the umpteenth time this winter! It asked me to update my Rock server and control apps, now refuses to work once more! So, it’s back to square one. At this point I have zero confidence in their software engineers to get a stable release.

I’ll try to reset to the previous backup, and avoid clicking foolishly on the update button.

Hint: Roon should relabel the update button as “do you want to screw up a perfectly working system? Please proceed to click and waste a few hours of your time!”

Why not put Linux on your server machine, install the Roon Server on that, and skip the whole ROCK thing?

Been there, done that! I’ve tried to install Roon on a Mac Pro, a Windows 10 server, the ROCK server, and more… the bugs continue unabated. Each time there’s an update, it’s a rocky road. For all the years I’ve had Roon, I don’t think I ever had it run stably on my iPhone, which is the most problematic app on my iPhone in my memory!

Lucky you! You must have the right genes!

Meanwhile, here’s my bug #N (N > 10,…). Rock is running, and the control app asks me if I want to unauthorize it, or simply hit the back button. I hit the back button, and once again, it asks me to log in. I log in, the loop repeats endlessly. Just another bug in the Roon experience… 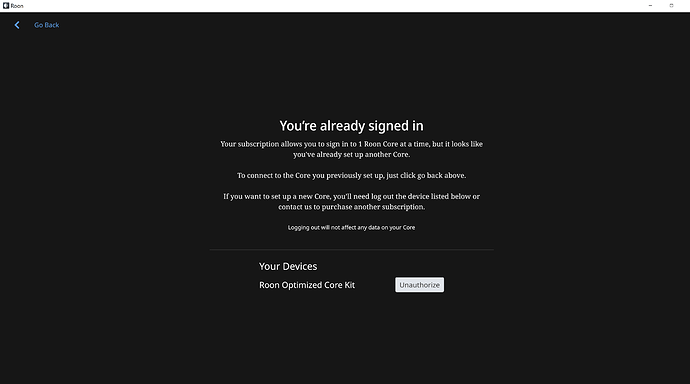 Meanwhile, once again, the blue update button is flashing on my Roon control app on my iPad, but this time, I will not be so foolish as to click on it.

Happy new year, everyone! Sorry to waste your time on this frivolity, but I had to get this off my chest. Why, oh, why, can’t software be more reliable! (I speak as a 35+ year veteran of this industry, sadly!).

on a Mac Pro, a Windows 10 server, the ROCK server,

Interesting. I’ve never had an issue with an update, that I can recall. I’ve run on a Mac Pro (the trashcan model), a Macbook Pro, a Windows Home laptop, a Linux box with an AMD CPU, a Mac Mini with an old Core Duo processor running Linux, and am now running on a Synology NAS DS918+.

Yes, the iOS app is definitely broken. Keeps freezing and having to be re-started. Luckily I use an Android tablet and an Android phone.

Sorry to hear about your woes, though.

There is something very wrong with your environment.

Now that we’ve established that. Can you provide details so the community can help? What hardware are you using? Where is your library? Where is your music stored? What does your network look like? How are you installing?

Roon is stable when following the reference deployment.

iPhone App is awful. Keeps saying I haven’t any music, refresh, wait, refresh and it pops up. For years, Roon always seems like it’s almost there and that I might finally not have to think about it. But not so much. Way too much user intervention. The only app I have to screw around with. 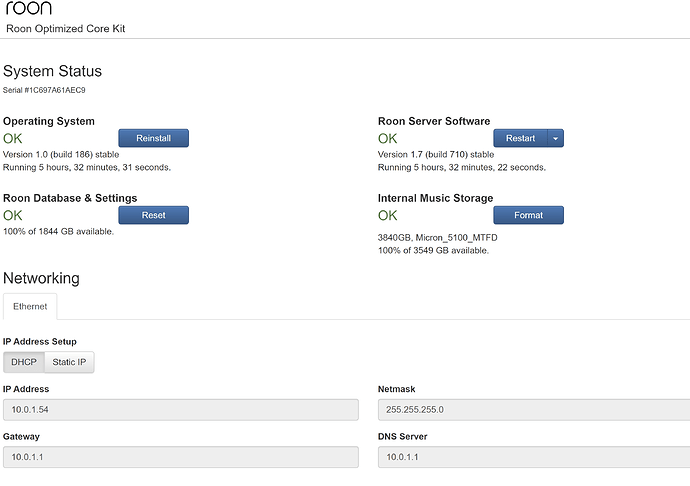