I am using a MacBook Pro 2019 16 inch running Mac Catalina 10.15.2 / Roon 1.7 build 511 as the remote. When using Roon, CPU and GPU usage is normal until an album is opened. GPU utilization then jumps to at least 50% with peaks hitting 90%. There is no unusual behavior on the sever. This occurs whether or not the album is actually playing, and is the same for local or streaming sources. This causes the display to exhibit some jerkiness when scrolling as well as some mouse lag. If I return to the library/album listing the problem disappears.

Here is a screenshot in the album list view:

After opening an album:

Was this device working with Roon previously? If so, was there any change in your setup?

Can you confirm which of these graphics settings is being used? 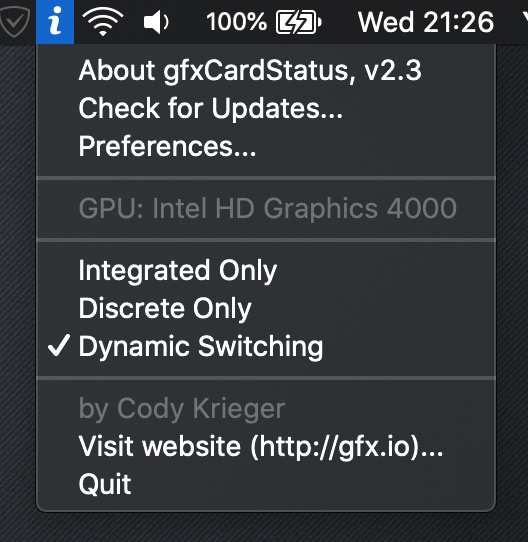 @Dylan Interesting little app available at http://gfx.io in case anyone missed that. I have noticed high utilisations too but its not consistant. Mine is set to Dynamic for the record and is a Radeon Pro 5560X

The system is running in dynamic switching mode.
I bought the new Macbook and updated to Roon 1.7 at about the same time so I’m not sure where this began, but I never noticed this issue before these changes. I haven’t had any graphics issues with any other applications.

Can you set it to Discrete Only and let us know if that results in any change?

I switched to discrete and graphics processing switched to the Radeon GPU; the utilization was normal.
Upon resetting to dynamic mode it seems the problem has disappeared, even after a restart! Sorry to waste your time. It never occurred to me to try toggling this setting.

Thanks for the update! If you see the issue return with the Dynamic settings please do let us know!

I wanted to check in with you to see if this issue has re-occurred?

We are currently investigating this behavior internally and if this issue is still ongoing, one thing that might help us better understand the issue is to install the Intel Power Gadget and share some screenshots of the GFX Frequency line when this issue is occurring. The screenshot would look like this: 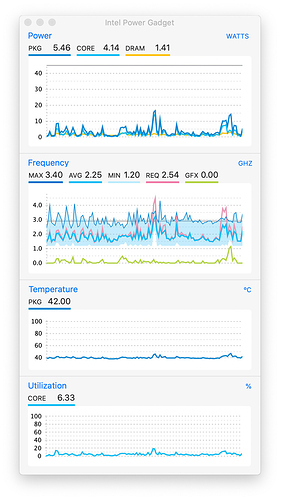 If you have noticed the same behavior, I kindly request that you run this tool for both discrete and dynamic mode. Thanks!

Thanks for reaching out. Yes, the problem is recurring. If anything it is worse.
Here are the screenshots you requested: 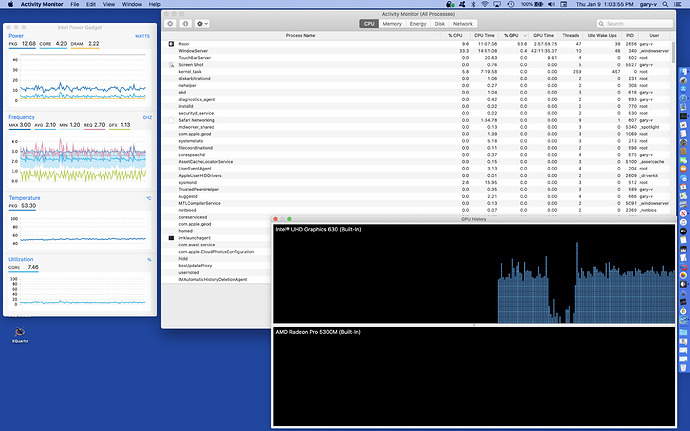 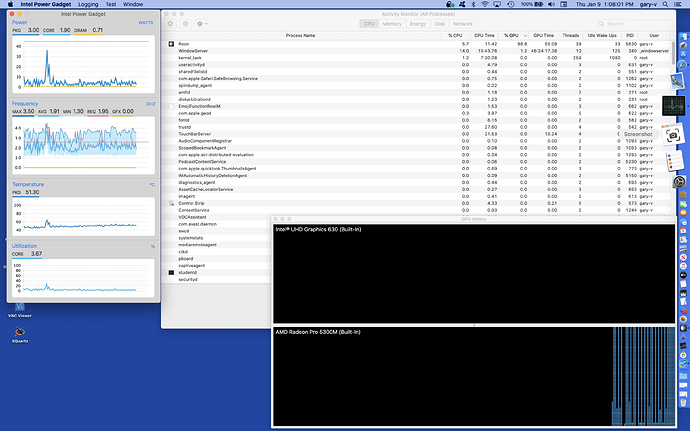 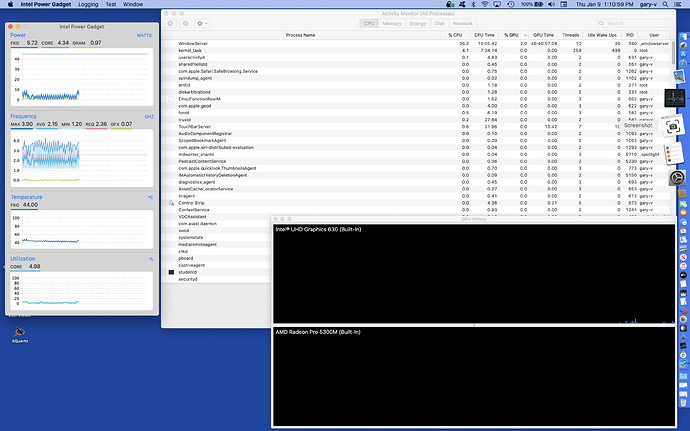 Thanks for sending these screenshots over, I have forwarded them to the technical team for closer inspection!

A post was split to a new topic: Macbook Pro high GPU usage

CPU and GPU usage is normal until an album is opened

At this time I only see this behavior when the album is playing, it disappears if playback is paused.
The problem only occurs on the Tracks details page. There is no issue if Credits or Versions are selected.

The largest multi-disk album I have is 4 disks. The problem only occurs when either viewing the tracks of the currently playing disk or if the All Tracks option is selected.

I have also noticed that GPU usage drops in half if I scroll down the track listing until the cover art and synopsis scrolls off the screen.