@support I have an issue where Roon unexpectedly loses control of my Sonos devices and music stops playing.

If, for example, I start a genre on the iPad app and walk away, within about 10 minutes the connection would drop and music stops playing. I then have to wake up the iPad and press play again. The iMac is always on and always connected to WiFi.

Hi @rianvdm ---- Thank you for the report and my apologies troubles here. I would like to grab some logs from you and will be contacting you via PM with instructions.

I’m having similar issues with a similar configuration. I have a Play:1 speaker in my kitchen connected via WiFi and one of two things happens pretty regularly:

I have no such troubles streaming to the Play:1 using the Sonos app. Also, the Roon client on the iPad never loses connectivity to Roon Core running on a Mac Mini when these issues occur.

Hi @mrvco ----- Thank you for chiming in and sharing this feedback with us. My apologies for the troubles here.

To help aide in our evaluation of this behavior being experienced may I very kindly ask you to please expand on the description of setup as seen here.

Furthermore, having some insight into what your network configuration / topology is like would be helpful as well. I want to have a clear understanding about what networking hardware you are implementing to make the communication between your devices possible. 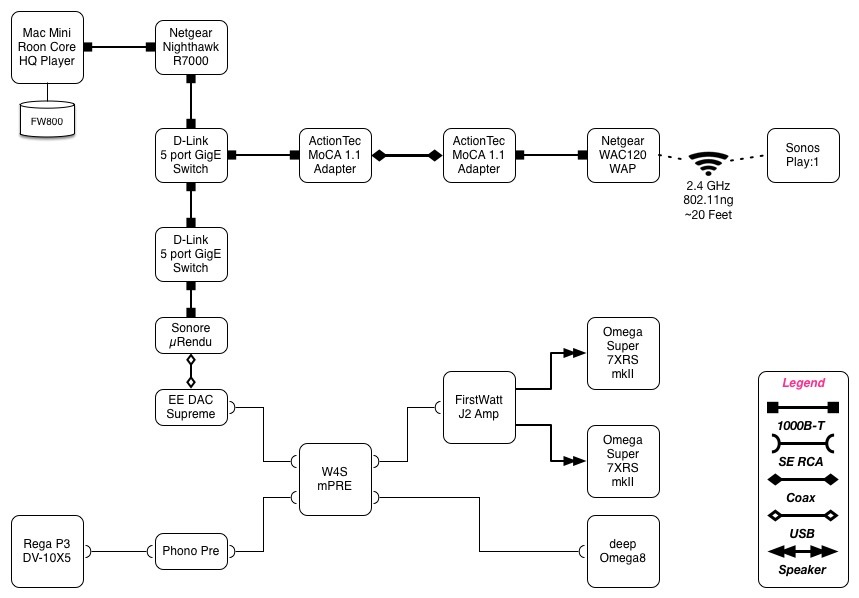 Build 204 had made the issue with Sonos dropping worse. Before, Sonos would sometimes drop only within the first few seconds at the start of playback. If I just press play again playback will work just fine for the rest of the queue. With 204, playback will now sometimes randomly stop in the middle of the queue.

I can also report that in general, streaming to Sonos is a lot less reliable than when using the Sonos app or when streaming directly from Roon to another end point. I use a total of seven ZP80 and ZP90 units, and often find that one or more units in a group will just disappear during streaming. To put that in perspective, I would say that issues that I may see once a month with the Sonos app are now appearing once every day or so using Roon. That said, I still think that Roon 1.3 is amazing, and has more than justified my life membership over the last 18 months or so.

Just an update…Sonos is having a lot of issues today. Stopping frequently.

I have an improvement for this in the current alpha build, coming out whenever we do our next stable build. It seems to have completely fixed the problem for our alpha testers, but I still get dropouts on my system if I leave enough streams up for long enough.

I think the fundamental problem is that Roon is hitting a particularly bad corner of the Sonos networking system. We are trying to stream uncompressed, at the highest bandwidth they will accept, with very long streams that don’t give restart points to fix problems. I’m sure this will get better over time, but it probably won’t be one single fix where I just find the one thing that’s wrong and fix it.

Build 207 with this fix is live, let me know if it helps.

Downloaded build 207 and playing Sonos now. So far so good.

No issues with connection dropping when I start playback directly. However, if I transfer a zone from 1 Sonos to another, I occasionally get a dropped connection. That being said, it seems this version is definitely an improvement.

I canceled my subscription. It just became completely unusable with Sonos. Really bummed

The latest update(208) seems to have resolved the issue with streaming from Roon to my Play:1 speaker. I did have one instance since the 208 update where playback stopped, but I haven’t been able to repeat the issue and it has yet to reoccur so this appears to have been an anomaly.

Hey folks – lots of Sonos improvements have gone out with the last two builds.

I’m going to close this thread, but if anyone is still having issues, please start a new thread with all the details of your setup, and @support will take a look.