On some albums, Roon lists several tracks as “unavailable”. I checked alternative versions on Roon and the same tracks were marked unavailable.

If I play the album, those tracks are skipped over. If I go to the Tidal and Qobuz web sites, the tracks do work.

One example is the Linda Ronstadt album Just One Look where Roon shows four tracks as unavailable.

This topic has been discussed here many times but I can’t find an explanation or solution. Every time it comes up, support post some version of “we’re looking into it” or “we need more information”. After that, there’s nothing. It seems to be a very common problem, based on the number of posts.

Can you share a screenshot of an album where you’re seeing this issue?

Can you confirm the region for your TIDAL/Qobuz account?

I am in Northern California 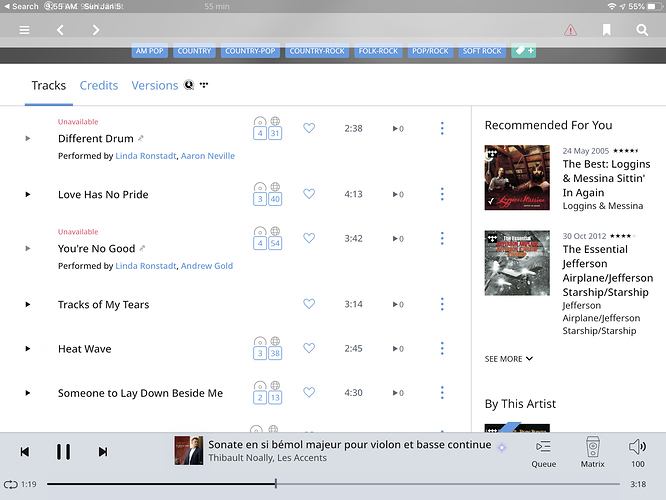 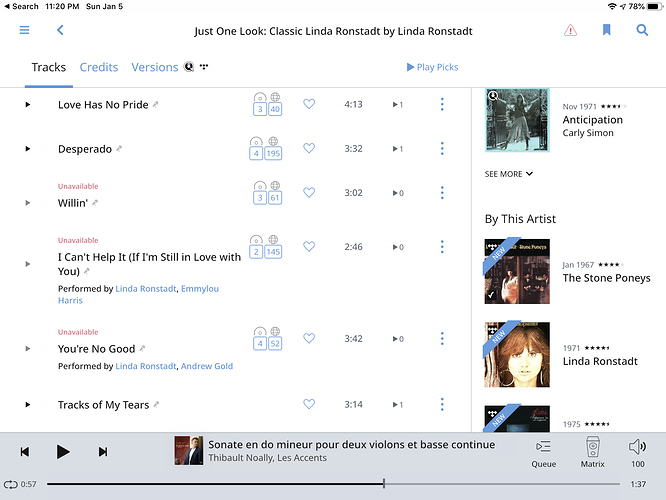 We looked into this and confirmed that these are marked as non-streamable by Qobuz. When I go to the Qobuz web player I’m seeing the same thing — Only 30 second clips of these tracks will play. 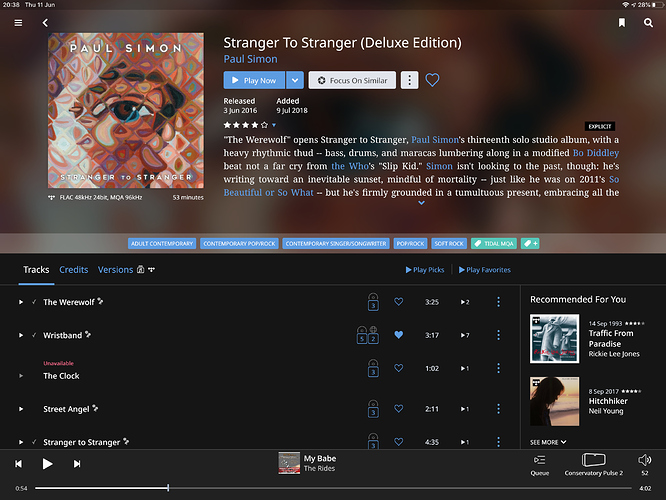 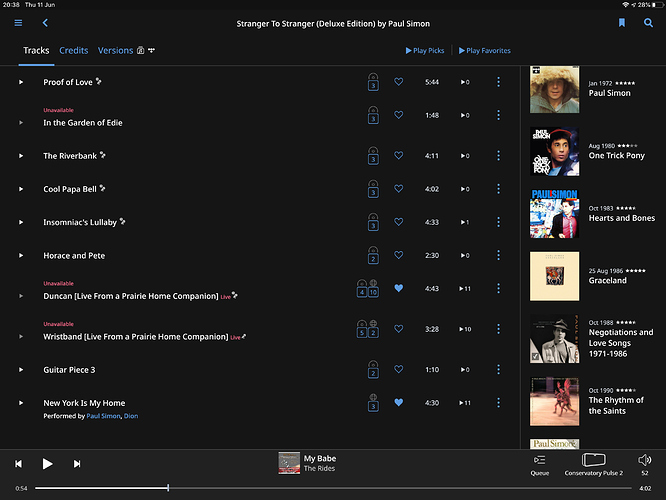 The tracks play on Tidal though via my iPad. 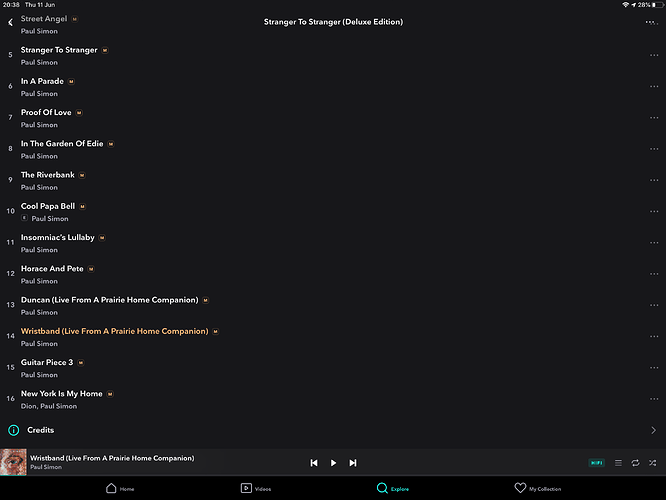 4 posts were split to a new topic: Unavailable tracks in playlists

The point is that the files were NOT “unavailable” and shouldn’t be marked as such nor “cleaned out” of my playlist. Searching from Roon found all those files both in my library and in Qobuz.

There seems to be two bugs: one related to those pointers not being refreshed when opening the playlist. And the other one with the cleanup process removing those files from the playlist despite them being there.

Can you double-check those files in Qobuz (by using the Qobuz app, rather than Roon)? You may find that even though they are listed in Qobuz, they are 30 second samples, rather than the full tracks…

Keep in mind that for the 3 songs with the “unavailable” issue, they were in my local library.

In any case, I just checked two of them in Qobuz and the full tracks are in there as well.

OK, so if you want to take this further, I suggest you open a new support case with the Support Team, because you seem to have a different situation from that being reported in this thread - here, tracks are being made unavailable by Qobuz, and not by Roon.

Thanks @Geoff_Coupe, before I open the support case I’ll try to repro and keep an eye for the problem to re-surface so I can capture the screenshots and provide logs as needed.

Any update on this? I am trying roon and this has happened to me. I was already decided to get the lifetime plan of roon but now i think ill wait until this bug gets fixed and just use the tidal//qobuz app

Any update on this - I’m having the same problem - I’m in my trial period with Roon - was quite excited to buy a lifetime membership - reconsidering since the principal purpose is allowing me work through Tidal and Quobuz at the same time - but losing availability to music (frequently apparently) kind now defeats that purpose.

Was there any resolution on this @support?

I get the following screen shot for Iron Maiden’s latest album
All items listed ‘Unavailable’ are available on Tidal and Amazon Music. 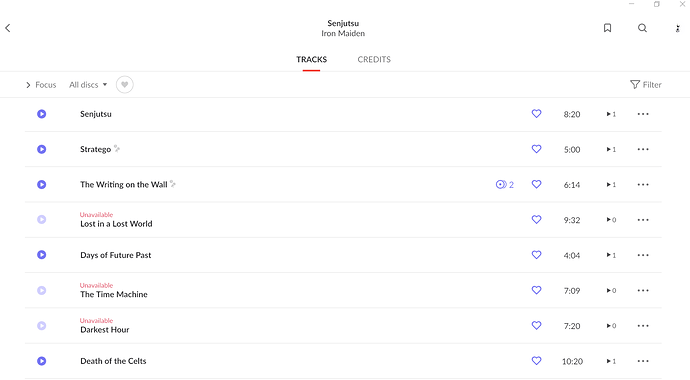 Cancel that @support - tracks turned up this morning! 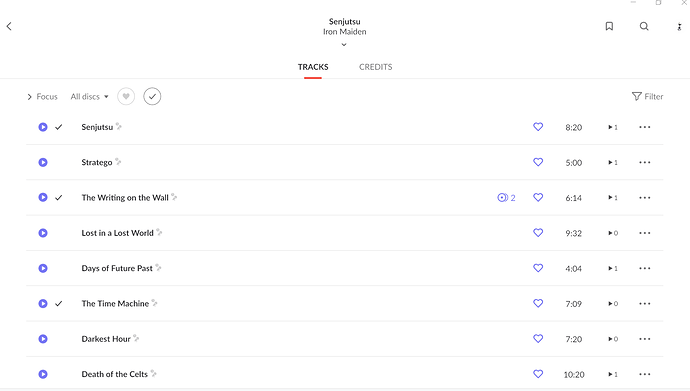