i’m one of those MR owners who is undecided as to either send in my device for the 1.4 upgrade or to sell it and start fresh with an Ulrarendu.

and as an additional scenario, a question: would adding in an iso regen enhance the SQ still further…or is redundant.

1 - he is talking about ISO Regen. Not just Regen

I am referring to the USB Regen from Uptone. I have one of those, not the newer variant.

That said, why don’t you provide your thoughts on how performance is improved to @j_c

What do you see as being improved? I’d be interested in your feedback.

The guy (j_c) specifically asked about ISO Regen. Not the Regen. See above. I already provided my impressions on the ISO Regen (used with microRendu). On its thread here:

Eagerly awaiting this new product from Uptone Audio. Provides galvanic isolation between computer and DAC plus an uber Regen with much better clock amongst other things. Hoping this will mean optimal Roon sound quality can be achieved without the need for an NAA/Streamer…

Also, there is an entire very popular thread over at CA on ISO Regen impressions. So many people:

ISO REGEN Listening Impressions (kicked off with some measurements)

ISO REGENs (and ISO REGEN/UltraCap LPS-1 bundles) will begin arriving to first buyers in just a few days, so here is the place for everyone to spout off about what they hear with it in their music systems. An Operation and Pre-purchase...

Thanks for the background. I’ll take a look a it. Hopefully @j_c can make his decision on whether on not an ISO Regen would benefit him.

Personally I’m going to wait on the rebuilt Rendu, which will do Ethernet to l2s. If it supports native DSD 512 and PCM 768 then I think it will be a better option for my DAC (Holo Audio Spring) than USB.

Pulled he trigger on the ultraRendu! Exciting times!

In that particular setup, it will replace a “regular” SOtM SMs-200, which I like, but I am thinking the ultraRendu will bring that system to the next level.

If using the ultraRendu, is it beneficial to add an ISO Regen to the chain, or redundant?

Even if it were I might leave it a while so you can properly appreciate any difference.

Leave the Regen out, do a straight swap with the Ultrarendu.

I’ve recently (Thursday) added a Innuos Zenith SE (running Roon) to my set which replaces a iMac, and thus far it sounds excellent, a significant upgrade.

I’m initially connecting the Zenith to my Chord Hugo TT DAC from its dedicated Ethernet port via a microRendu 1.4 + LPS-1 which is how it was with the iMac. However, I’ve read that the USB output is superior. This I tried briefly with a Chord USB SilverPlus cable and I could hear little or no difference. Is the cable not good enough or perhaps the Zenith needs more miles on the clock?

So the question is where to go from here as it’s difficult if not impossible to try all the options.

Possible options I have in mind - 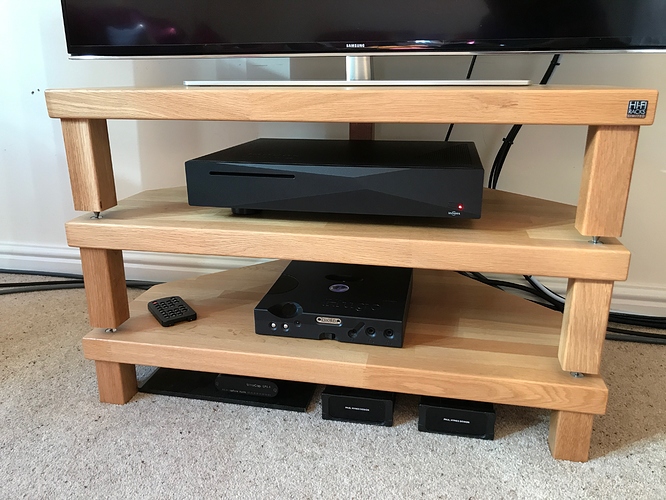 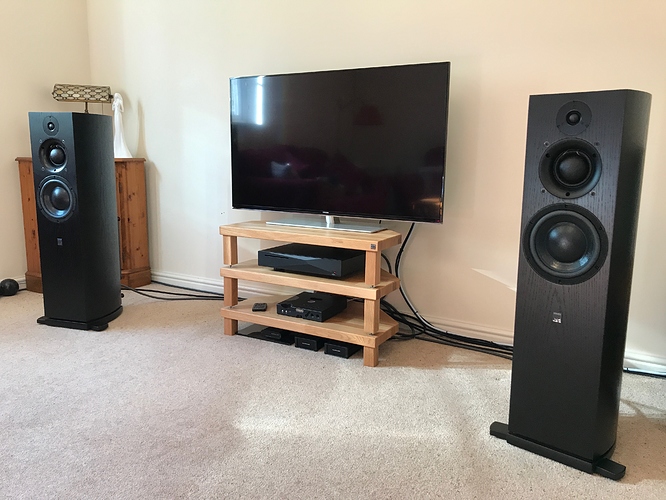 Paul,
You have a nice system going on and IMHO,I would gravitate towards the ultra rendu with the very nice and quiet UpTone Audio LPS pwr supply and also the curious usb cable.I use all of these in my system with a dedicated I7 pc running roon and hq player,that has been optimized with Fidelizer and Audiophile optimizer.

I’m honestly hearing the best most analog sounding digital that I’ve ever had in 36 yrs in this hobby.A friend of mine has the new signature rendu and just loves it vs the ultra.Maybe in time I may buy one for myself and see.

Also,having fun with trying all the filters and upsampling options that both programs have,but certainly roon by itself is pretty darn good too.

This is some interesting stuff here. I have also been interested in the Ultrarendu. What are folks powering it with? If it is the LPS-1, then what are you powering that with? I came across a fairly thorough examination of these devices over at the Audio Science Review forum: Recently I measured the performance of UpTone ISO Regen, a device whose purpose is to clean up the USB power and signal. Alas, as shown in that review,...

It seems to suggest that the LPS-1 does not stop AC mains leakage (it is advertised as doing so), and can actually adversely affect SQ if used with a MeanWell power supply (as tends to be recommended) for the LPS. Keen to hear others’ thoughts.

Amir at Audio Science has it out for UpTone Audio so I would take his conclusions and dump them.

The LPS-1 one does not pass on AC mains leakage boogeymen to the devices it powers. The MeanWell SMPS does dump stuff into the AC mains. You can minimize that to a degree by grounding the DC “-” line coming out of the MeanWell SMPS.

What Amir shows is the crap the MeanWell puts in the AC mains affects the output of the DAC (the DAC gets power form the contaminated AC mains). He doesn’t show how clean the power is coming straight out of the LPS-1.

Well, I think whether or not he supports UpTone is irrelevant to the data he is presenting. His methods should be scrutinised, not his affiliations.

You mention that what he shows is the crap the MeanWell puts into the system - yes that appears to be true. And I think he does show how clean the power coming out of the LPS-1 is - though he had to use his lab power supply to do this. What he concluded however is that the LPS-1 does not seem to stop the AC leakage coming through. He also showed that the micro rendu did not lower the electrical noise floor compared to a direct connection to his laptop.

The LPS-1 does not pass on AC leakage and gunk (high and low impedance noise, leakage current induced ground loops, etc.) through to the DC power it provides. That is what is claimed by UpTone and that is fact.

What happens on the AC mains is a whole different can of worms. Personally, I would not put the energizing supply for the LPS-1 on the same circuit as the audio devices. That would avoid the AC mains contamination Amir saw.

By the way, bias affects everything in a review and Amir is biased. The data and conclusions are all suspect.