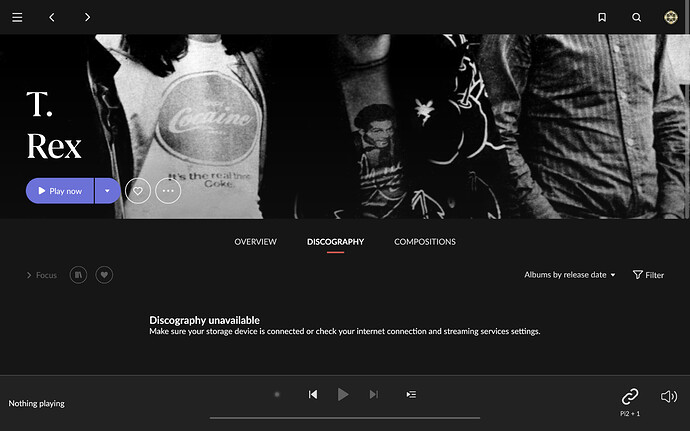 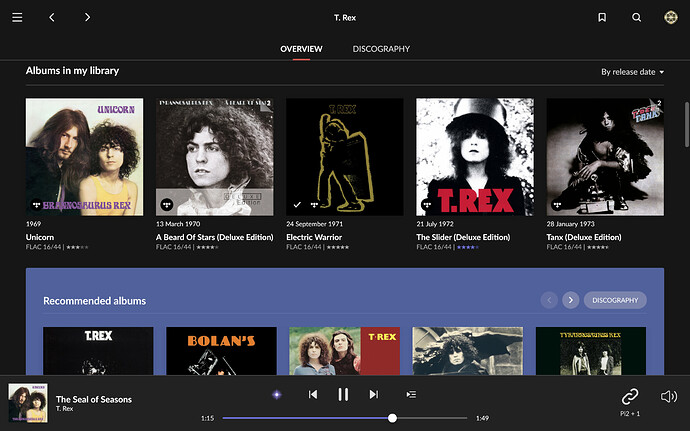 Another issue is that Selected Discography and My Library sections on the album page don’t show all albums. Where is “A Beard of Stars”? 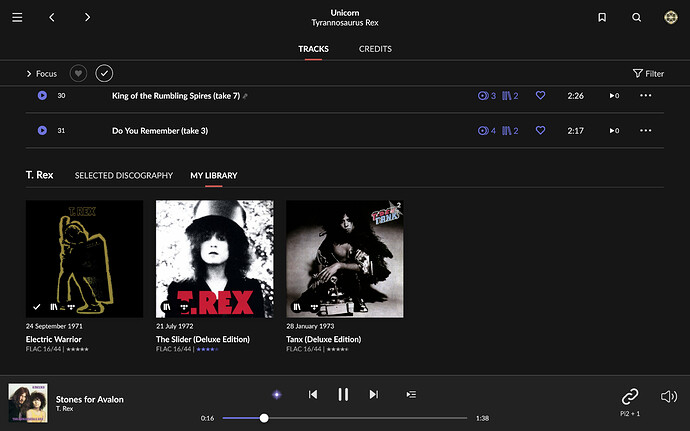 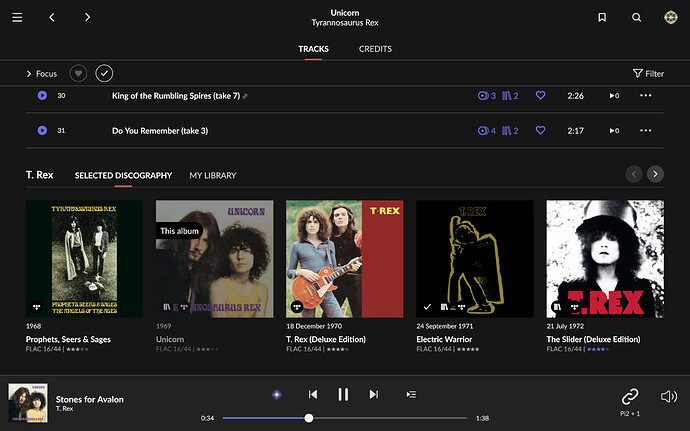 I’ve got the same “Discography unavailable” problem for John Coltrane, Miles Davis, King Crimson, Pink Floyd and so on. What’s happening?! There was no such problem before 778!

FYI, just linking to this topic (where Roon have acknowledged the issue):

Discograpy empty for several artists after 788 update [Ticket In] Support

Core Machine (Operating system/System info/Roon build number) OS: Ubuntu Linux 20.04.2 Roon version: 1.8 788 Network Details (Including networking gear model/manufacturer and if on WiFi/Ethernet) Not relevant Audio Devices (Specify what device you’re using and its connection type - USB/HDMI/etc.) Not relevant Description Of Issue After the update to 788, the discography on several artists have become empty. It seems to affect all artists not linked to Valence. So any artist that has be…

I don’t think it’s the same issue for the following reasons:

I’ve got the same “Discography unavailable” problem for John Coltrane, Miles Davis, King Crimson, Pink Floyd and so on. What’s happening?! There was no such problem before 778!

Exactly same problem here. Also when I change sorting orderit is suddenly back. This problem is new, since last update

I was wondering, is this behavior happening in any other case? Are there any steps that lead to this issue every time? Can you reproduce this?

Hi Rebeka,
Unfortunately this still happens sometimes, but less often than before. And there was no such problem before build 778 with the same setup.
I don’t understand what “any other case” you mean. There are no special steps to reproduce this issue, I just open the Artist and Discography tab. But now this doesn’t happen every time as before. And there is no correlation with the number of albums, it can open a huge discography without any problem, but shows me an error for discography with only one or two albums. Next time I’ll check the logs.

Another issue is that Selected Discography and My Library sections on the album page don’t show all albums. Where is “A Beard of Stars”? 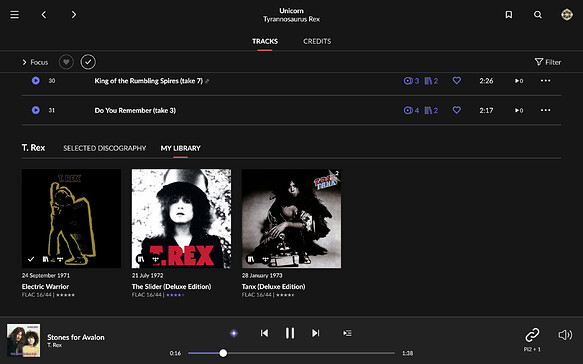 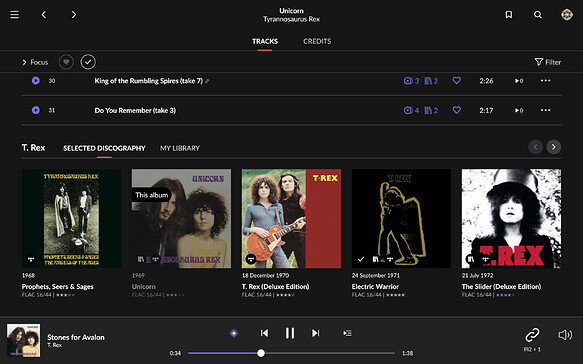 And what about the second issue? Why can’t I still see “A Beard of Stars” on the album page? All albums are from Tidal and all in my library.

Why did you post this here? This has nothing to do with the original issue and discography.

Hi Rebeka,
Unfortunately this still happens sometimes, but less often than before. And there was no such problem before build 778 with the same setup.

This is the same issue I am still having in this meanwhile gigantic thread. I have had local issues, but since 778 I also have the Discography unavailable issue, I actually replied in this thread 19 days ago.

this is the thread and @danny and @thebiglebowski have been very helpful in getting rid of my local problem. But the main issue is still there - As @Alexander_Bashlaev states, less but it still happens.

I already have rock on my other setup, in another place. This nuc I would like to keep with windows. Up until 2 weeks ago this was never a problem, been running it like that for a long time. All I want is what I had 2 weeks ago ;-))

I am having this issue as well. Practically any artist that I attempt to access their discography for (Tidal, Local, or combined) I get this error. Running Roon on ROCK and accessing/playing from the Windows app.

A post was split to a new topic: Error for certain artist discography

Thanks for keeping the conversation going on this thread. To make sure issues don’t get mixed up and each of the problems is treated separately, could I please have a kind request?

@Stefan_Andersson, could you please create your own thread in the #support category? You’d simply be clickinon on New Topic at the top right of this page.

@Alexander_Bashlaev, even though delayed, we’d still love to help. I’ve moved this thread into the technical team’s queue. Do you have any updates to share while they get a chance to reply?