As you all know from all my glowing posts, I love all your work.

And I know from posts buried in other threads that this request is being worked on. But I thought I’d capture it under a Feature Request anyway.

I just woke up to messages from friends asking if I’d heard a new track that dropped overnight and that’s trending globally.

I got up out of bed, put some clothes on, made a coffee, loaded up Roon and to my anguish it hasn’t shown up (did the services refresh and all, like I do every Friday with new Tidal releases).

I had to resort to Audirvana’s Tidal to hear the track - which meant I had to login to my microRendu and change from RoonReady mode to UPnP mode. Not a great experience, especially since it’s a weekly thing every Friday with new Tidal releases.

First world problems indeed so I don’t want to blow things out of proportions too much but Roon is about the best user experience.

Can you please make Tidal new releases appear at least as quickly as Audirvana does.

Cheers and keep up the fantastic work !

It’s Friday so you know what that means. Lots of great new albums released on Tidal but I gotta use Audirvana until they show up in Roon (tomorrow) 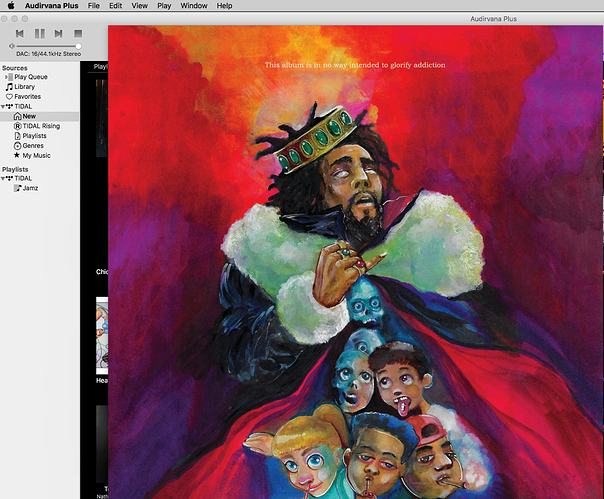 Not sure if this is random good luck today, but Leon Bridge’s new album showed up in Roon Tidal today, at the same time as Audirvana Tidal.

Actually I favourited 4 new albums in Audirvana’s Tidal, and went to refresh Roon and all 4 showed up and played in Roon. Hopefully a good trend of faster Tidal album updates in Roon.

Do yourself a favour and check out this track. 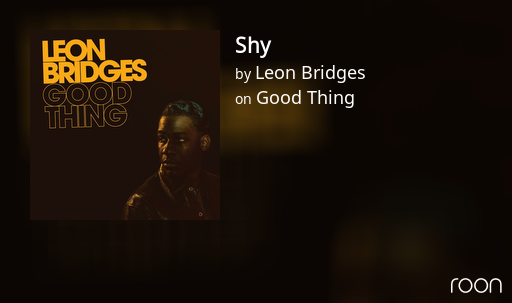 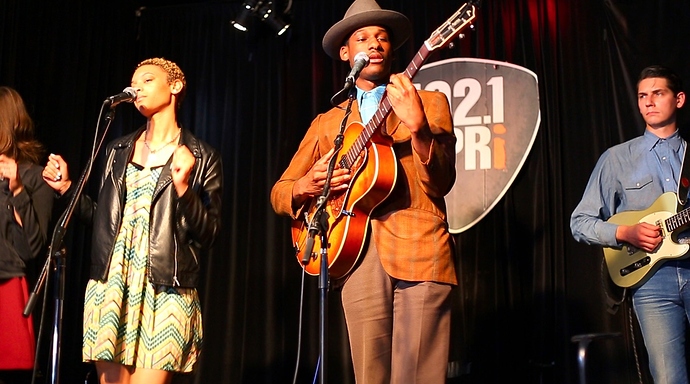 I had the pleasure of seeing him just a few weeks ago at Bluesfest Festival here in Australia.

After listening to his new album, just out today, I only now realise he played us half of it during his set, without telling us

Listening to it now. Much better mastering than his first which had many ‘too hot’ spots.

Yeah, he’s great. It was a free radio promotion on a Tuesday morning at a tiny hole in the wall place. Glad to see he’s seeing continued success.

Hopefully this is a good sign of reduced lag and not just random.

Electric Light is there now.

Yep that’s what I was saying above.

All good Joel. The last few weeks things have been good (as documented in this thread).

Is this the result of some changes or just random good luck?

I’d love to claim credit, but we’ve made no changes yet. It’s possible that TIDAL is getting to-be-released album details to us earlier, but it’s hard to tell.

Ha no worries. I didn’t want to get too excited, hence these last few weeks I’ve said it could be random good luck.

Good experience these last few weeks though, even if it is random. Previously I was waiting at least 24 hours for new releases.

Another data-point: the new album by Stephen Malkmus & the Jicks, “Sparkle Hard” is out today and popped up in Roon this morning, right on schedule.

Still hasn’t shown up in Roon after 2 days. Not a complaint, just a friendly data point.

Have a bunch of friends talking about the new album by The Carters.

Pulled up Roon and sadly isn’t there yet

It’s on Audirvana’s Tidal though. Audirvana still useful for something

A few others commenting about the same issue.

Beyonce's EVERYTHING. I need! Metadata Issues

Playing B’s album to my Rossini over UPnP. Somehow Audirvana figured it out. SAD!

Beyonce's EVERYTHING. I need! Metadata Issues

It’s a constant issue. The more you follow albums of the moment the more you might notice it as an issue. . I’ve given up on ithis changing due to the explanation given (Roon handles the Tifal catalog different than, say, Auditvana, as we know) but at the same time waiting til Sunday for an album that’s trending on Friday is still frustrating. Especially in the case of Friday releases which can be anticipated every week. Every new album I end up listening in my office on headphones because my …

If Roon is all about the best User Experience, delays in experiencing (i.e being able to play) big releases that are the talking points of millions around the world (maybe not the Roon Community and that’s ok) isn’t the best experience. It’s a weekly thing too

This was a 2-day Tidal exclusive and now Apple Music and Spotify and all the rest have it before Tidal via Roon. And it’s still not up in Roon yet.

Beyonce's EVERYTHING. I need!

As mentioned in our documentation on the subject, the TIDAL content you see in Roon is not a direct pass through of TIDAL content, but actually Roon’s TIDAL database. That’s why there’s so much more metadata, like recording dates, lyrics, links to composers, credits, etc.

Can Roon’s TIDAL database initially allow the album to show and play, like Audirvana, with no metadata initially - and then have all the metadata follow along 2 days (or however long) later if need be.

When millions of people are talking about new releases around the world each week, most of the chatter is to do with listening to the album - much less of the global chatter with these big weekly releases is about the recording dates and links to composers and credits. That’s all GREAT of course but we can wait 2 days for that to show up in Roon.

As per my opening post in this thread, I’m not comparing with the Tidal Desktop App’s speed of new releases showing up - I’m only comparing with Audirvana’s Tidal integration.

Much respect to the Roon Team as always though. Keep up the great work and please at least consider making this a priority.

There’s a technically unavoidable amount of lag involved in bringing new content into our world. The data delivery system from TIDAL to us has some built-in lag, then our machinery needs some time to crunch the data. Much of the Roon experience is tied up in this process–if we bypassed it, or used a band-aid to get some releases out faster, a whole lot more than credits would be missing. You wouldn’t be able to search for it. It wouldn’t show up on Beyonce’s page or Jay-Z’s, and so on. It’s too confusing a behavior for us to be surfacing.

I am not sure why this album is taking so long to show up–I would have expected it to be there either Sunday or Monday (today), and it still isn’t. We’re looking into it.

I know you already know that but if nothing can be done, it is what it is.