Multi room streaming using my own receivers and speakers

Hello,
I have been using Roon for a few years in conjunction with 4 Airport Express, each connected to either a powered speaker set or a receiver with passive speakers. Roon runs an a Windows 10 machine.
Things work more or less well, but I am thinking that perhaps this set up is getting old (Airport Express support may stop any time, and I understand that they are limited to CD quality sound).
My question is, where do I look for better alternatives? Essentially, I am looking for a replacement for the 4 Airport Express units that can give me better performance than what I currently have. I am not interested in new speakers, I want to use the good speakers I already have.
I have no idea where to start. Any help would be appreciated!

Hi Gianfri,
I’m using DIY Raspberry Pi dac/streamers for multi-room distribution. Essentially these are Raspberry Pi computers with a DAC hat attached running a special Roon Linux based software. Personally, the DAC hats I’m using are from a company IQAudIO but there are a number of others. Here is a pretty good article on one of the newer companies, https://darko.audio/2019/12/a-streaming-dac-with-cover-art-display-for-us154/. Currently I think most folks doing this are using RoPieee to get Roon onto their Raspberry Pi, here’s a link on doing that, RoPieee Beginner's Guide. I setup mine before RoPieee was around so I can’t help you much with that part of it.

If you don’t need the DAC function it should be even easier to set up some Raspberry Pi’s as streamers, though you may want something to clean up the usb output. I believe the company ALLO has a hat for that.

For a bit more cost you could also look at something like the Sonore rendu’s, https://www.sonore.us/. These are purpose built streaming computers that are pretty much plug & play. You do however need a separate DAC.

If you don’t need the DAC function it should be even easier to set up some Raspberry Pi’s as streamers,

I think the Airport Express does music streaming over AirPlay, so he probably needs something like the now-defunct Chromecast Audio, or, as you say, a Raspberry Pi with a DAC/Amp. From the link you posted I found this: 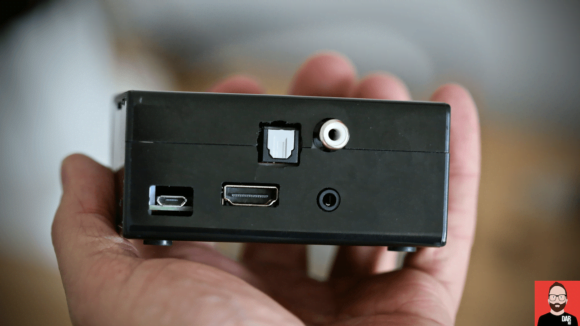 Yeah, I like using the Raspberry Pi’s. They’re inexpensive, easy to set up with Roon, very adaptable to individual needs and the newer versions have good wifi. I do recommend giving them a fixed ip address, it seems to be more stable. With a Pi and a dac hat you’ve got a nice streamer for use with powered speakers or older pre-streaming receivers & amps and no need for an ethernet connection.

Thank you both for your information . Can you help me understand better this setup? My plan was to keep streaming Roon from the current Windows 10 setup and just replace the endpoints. Is that what the Pi’s would do? Would I still need a DAC? As you can probably tell I am really a beginner!

Is that what the Pi’s would do? Would I still need a DAC?

Yes to the first, maybe to the second. You have a number of different speakers, and each of them may need different setups. But the basic idea is to take a Raspberry Pi with what they call a “hat”, a daughterboard that fits onto the pins that stick up out of the Pi, and a case that fits both, and use that to replace each Airport Express. So, for instance, this HiFiBerry DAC+ bundle give you audio out which you can run into your speaker. Here’s a shop that carries a lot of them:

Unless you already have a DAC or need a DAC to handle outputs beyond the Pi & hat setups capability, using a Pi & DAC hat works very well. As an example the IQaudIO dacs I have will handle anything up to 24 Bit 192 kHz. If you do need to use a separate DAC then you should be aware the usb output of the Raspberry Pi 3 series are a bit noisy. I think in general most people in these situations use something like the ALLO digi one hat.

Would I still need a DAC?

That really depends on your particular setup. Your Airport Expresses had a dac built into them. Some powered speakers have dacs built into them, if your receiver or amp has a digital input then it has a dac built in. You’d need to check the documentation to find what digital output levels it can handle.

This is starting to make sense, thanks!
Is there another option besides the Rasperry that would require less assembling? And is the Rasperry shipped from the U.K. or are there U.S.-based vendors?

There are actually a lot of options the Raspberry Pi/DAC hat option is really about the most affordable and the sound quality is rather good. There are quite a few vendors in the US, Amazon has Raspberry Pi’s and I think they also sell hats from HIFi Berry. I believe Allo has pre-assembled setups and some of the others may as well. If you go to the websites of Allo, HiFi Berry & IQaudIO you can check for yourself. The Sonore rendu series streamers are plug & play but they do need a dac. I use a Sonore Ultra-rendu in my main system.
Regards,
Mario

I went from a dozen airport expresses running zones in my house, to trying a few Bluesound Node2s (the current is a Node 2i) and finally ended up with 12 NAD CI720s which are rack mountable – 6 in a 2U – with BlueOS, a great DAC and 60w amp all integrated in each unit. I use these for all the zones in my house except for my theater and main listening room. All of these do 192K 24bit PCM vs the 44K 16bit PCM that the airplay handles.

A step up from there would probably be the Sonore ultraRendu or opticalRendu which you would have to connect to an external dac. They can handle up to 768K 32bit PCM or DSD512.

Of course there or other options, but I have experience with these and they are great.

Little pricey, $1000 for the box plus $250 for the rack mount. Are you hardwiring them? I’m a bit wary of Bluesound, with all the griping about the WiFi in the Node 2i.

I have all my zones hard wired and wouldn’t recommend otherwise if you’re investing in any sort of a high quality endpoint (with or without a dac). While there continues to be problems with the bluesound speakers and the issues seem to be tied to wifi in some fashion, since the sync problem was fixed long ago with bluos devices, I’ve had no issues with any of my gear since…

Blockquote
I think the Airport Express does music streaming over AirPlay, so he probably needs something like the now-defunct Chromecast Audio, or, as you say, a Raspberry Pi with a DAC/Amp.

Blockquote
Currently I think most folks doing this are using RoPieee to get Roon onto their Raspberry Pi, here’s a link on doing that, RoPieee Beginner’s Guide .

Blockquote
So, for instance, this HiFiBerry DAC+ bundle give you audio out which you can run into your speaker.

Lots of good input here already, so I’m mostly going to just piggyback off the points others (see quotes above) have already made and provide a bit of my own input/perspective/experience:

Sadly, for the cost-conscious, as others have already pointed out, Google killed the CCA.

The one I bought from Cana-Kit, with USB output, was VERY simple to assemble. I personally had a pretty poor experience trying to assemble my HiFiBerry one with the Digi+Pro hat… I needed the SPDIF output for that zone, so I tried this instead of repeating the Cana-Kit one that had worked well for me. I’m not very handy, so maybe others breeze through it. But I can’t very easily recommend that specific Pi plus Hat combo based on the experience I had…

RoPieeee works over RAAT, which means they can be grouped together with other RAAT-supporting devices (like my Oppo). I think I need to try to configure a static IP for it, though, because I am having minor/temporary network unreliability when the Pi is grouped with my Oppo, and I wonder if that would help it…

Well, thanks to the GREAT information you provided in this and other threads things are starting to make sense! I would like as a first step to add an endpoint connected to my Yamaha receiver N803, which is my best audio equipment. I was thinking of getting an Allo Digione Player (https://www.allo.com/sparky/digione-player.html#specs) and feed the signal to the coaxial input of the Yamaha receiver. CAN YOU PLEASE CONFIRM THAT THIS SETTING WOULD WORK? Does it sound like a good solution? @Mario_Bucco

I have not used the Allo products myself but they have a very good reputation. You should have no trouble connecting a digital coax from the Allo Digione to your Yamaha. You need to check what is involved in adding Roon, Allo Digi Sig as Roon End Point . It sounds like a good solution for what you want to do.

I’d suggest getting just one to start with & see how it works. From what I’ve read a lot of folks seem to believe adding a linear power supply has a big impact on the sound. Given the relative high cost of linear power supplies I’d try the Allo without one first.

That’s the plan. Thanks!

Well, it looks like the Allo Player is out of stock! Same for several other products recommended in this thread. I guess Santa must have been busy!

Hi Gianfri,
As Bill pointed out in an early post putting together something using a Raspberry Pi and hat yourself isn’t very hard.

I’m betting that Allo will have their products back in stock pretty quickly if you want to wait a couple of weeks. For the endpoint to your Yamaha you’ll just want to look for a hat that will convert the digital input to a spdif coax output. Something like this, https://www.hifiberry.com/shop/boards/hifiberry-digi-pro/ and it looks like the Allo Digione hat is available as well, https://allo.com/sparky/digione.html .
Regards,
Mario