Networking details (especially what hardware you’re using, how everything is connected, and anything notable about how it’s all configured)
Linysys wifi router ---- MacMini via wifi — Marantz NR1200 via optical cable

Let me start by saying that Roon is the best thing to have happened to me music wise my entire life.
I’m 48 years old and this is the first music system I’ve ever owned since my Sony Walkman days, 25 years ago, so please bear with my lack of knowledge.

I know that most people advocate a Roon Nucleus or a NAS, but I got the MacMini at no cost so I went that route. Set the MacMini up as below:
Linysys wifi router ---- MacMini (via wifi) — Marantz NR1200 (via optical cable)
I have fast wifi and so the music is coming through fine.

The Signal Path is here: 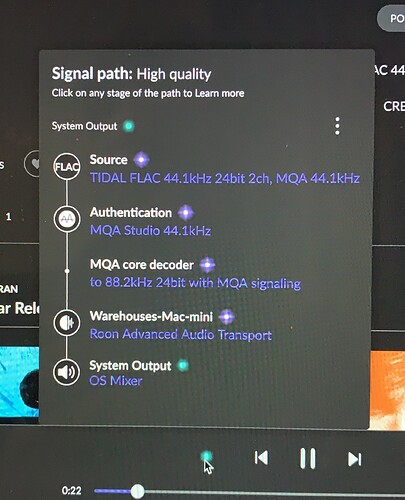 MY QUESTION
I’ve been trying to hook a HDMI cable up from the MacMini to the Marantz, but whenever I do so, theres no sound at all. The Optical cable setup works great, I want to do the HDMI as many posts here seem to indicate that the sound quality will be better via HDMI as vs the Optical.

I read many posts online, the ones below seemed especially similar to my issue.

Roon stopped playing on HDMI system output to Marantz AVR, scrolls through tracks and plays nothing
I tried the RAATserver backup solution on the MacMini and it didn’t help.

Core Machine (Operating system/System info/Roon build number) Mac Mini 2011 i5 2.3 Ghz,8 gig Ram, SSD drive Running High Sierra Network Details (Including networking gear model/manufacturer and if on WiFi/Ethernet) Wi-Fi via Netgear Nighthawk R-7000 router Audio Devices (Specify what device you’re using and its connection type - USB/HDMI/etc.) USB out of Mac to Emotiva DAC/Preamp Also can run via wifi from Mac to Auralic Aries Mini then out via USB to DAC/Preamp Not sure which would give be…

I’ve spent 4-5 days here looking at a bunch of other posts. Can’t figure out what to try next. Any advice appreciated.

Is this signal path when playing via Optical or HDMI?

When playing to HDMI it appears to work, and you don’t get any errors or anything, you just get no sound. Is that correct?

Hi @dylan,
Thank you in advance

Yes, the signal path posted above is the Optical path
On HDMI there’s no errors. Just no sound out of the Marantz unit.

Our time zones are likely very different so this might be a slow back and forth, appreciate your patience and support

It might be as there could be no video on the HDMI the AVR thinks nothing is there or are you indeed getting video to the TV when its on?

I connect as below currently:

What happens is that the computer monitor resolution changes. But there is no image from the MacMini on the TV.

Thank you so much 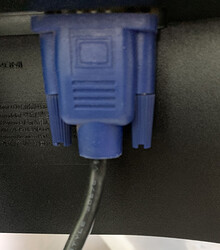 Those images look like display port to VGA is that for the monitor? You might need to enable display mirroring. My guess is the AVR might not like having a video input with NO video thus wont activate any audio.

I tried all of these … no joy

I also tried connecting the MacMini to the Marantz via the HDMI cable (no VGA connected). This didn’t output the MacMini screen on the TV nor did it play any sound.

Perhaps something as obvious as some Mac setting?

I assume you have selected HDMi in both the Sound section of Preferences as well as in the Audio Midi utility?

I just did that now:

I’ve also figured out screen sharing from “MacMini—MacBookAir”, so the MacMini is no longer connected to a VGA monitor like before.

Now, the HDMI output doesnt seem to let me select anything above 32/96 (in Zone settings / Advanced)
Any ideas about that?
Much appreciated gents!

Hdmi can be quite variable bitrate wise, but macs can also be a bit finicky with multichannel too on hdmi especially for music.

I’m out of my depth here but you may be dealing with the limitations of the Mac and/or HDMI.

So the HDMI to Marantz problem is solved.
I’ll keep looking about as to how to increase the bitrate to the max possible.

Thanks a tonne all of you