Tidal tracks not playing, can search, can browse, can view

As others have reported … Tidal tracks are not playing. Searching, browsing, viewing, and basically everything but playing works.

Deleting the cache folder sometimes helps, but not always. 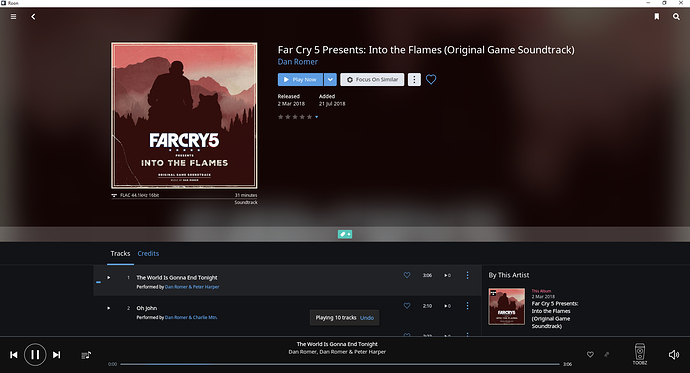 This has been going on for weeks now. I’m having to delete the Cache folder from all my systems in the %localappdata% folder constantly.

I’ve about had it with Roon…this used to just work…but now it’s constant issues with TIDAL.

Guys … IDK what you did in your recent update … but Tidal tracks don’t play … they just sit “spooling” but not playing. It’s really frustrating and we need a solution yesterday. Please help.

My last attempt at deleting the Cache folder from %localappdata% did not fix this issue and now I have no Tidal at all … GAHHHHHH!

There is currently a TIDAL service outage which is the reason you’re seeing this behavior at the moment. The behavior you’re reporting, having to clear the cache constantly, is not typical behavior though. Once the service is restored I’d like to investigate further so we can get things resolved for you. I’ve moved your reports to it’s own thread since it isn’t entirely related to the general outage.

So we can better assist, please provide a brief description of your current setup using this link as a guide.

Let us know how things are going after the service outage has been resolved and we can take a look from there.

Bump on this … TIDAL is not working … we can search, we can view, we can browse, but we can’t play.

Deleting cache folders used to work, but no longer.

Don’t mean to pile on here, but I’ve been having a similar issue lately where tidal playback will hang on track transitions (the status bar just pulses back and forth). Was actually running a test at the time the service went down attempting to isolate what was going on.

Once it gets into this state I can sometimes get playback to work by skipping tracks, but in many cases I have to restart RoonServer (on Nucleus+ as well as ROCK). I’ve never had to go as far as nuking my cache directory, though.

I suspect that part of the problem is my ISP as changing to a VPN connection hosted on the other side of the country has been more reliable. On the other hand, Roon’s handling of the issue (a file that doesn’t completely cache) could be a bit more graceful.

You’re free to pull my logs (core name NUC+). Last time I had significant issues was this past Sunday. Good example is 2-Sep around 16:37:30 logfile time.

Just to offer a different viewpoint, my library currently has 388 albums with around 300 of them being Tidal albums. Play music every day typically selecting an album and then letting Roon select what plays after the album has completed with its Radio function which results in lots of Tidal tracks getting played. I have not experienced the problems reported in this thread.

Listening to Tidal’s MQA version of Van Morrison’s Into The Music as I write this. Tidal may be having issues in some parts of the world now but it is working just fine in Memphis Tennessee.

First, sorry, I’ve been doing support all day and am tired and just wanted to listen to Tidal on tubes.
Edit: double apology, I should know better.

IDK about a Tidal outage … I’ve been (and currently am) playing Tidal using the Tidal desktop app right now, but here goes!

Blockquote
Don’t mean to pile on here, but I’ve been having a similar issue lately where tidal playback will hang on track transitions (the status bar just pulses back and forth). Was actually running a test at the time the service went down attempting to isolate what was going on.

Blockquote
Once it gets into this state I can sometimes get playback to work by skipping tracks, but in many cases I have to restart RoonServer (on Nucleus+ as well as ROCK). I’ve never had to go as far as nuking my cache directory, though.

Thanks for the info above. May I ask that you describe your network setup a bit more? What kind of networking hardware is in use (routers/switches/etc.) and how are your devices connected?

@AMP — Thanks for the info. I’ll enable diagnostics and pass the report along to the team so they can take a look at that. If it happens again definitely let us know!

@dylan
Networking: Hardwired (CAT6), GbE switch, GbE router (both are WRT series).
Frequency: Has occurred 3-4 times in the last 4 weeks
Issue occurs on Windows 10 endpoints
It only occurs with TIDAL tracks. Initially it happened with TIDAL tracks already in my library. Searching for the track/album on TIDAL (instead of library) would sometimes get the track to play.
I never use the System Output option, I always specify the endpoint output, and exclusively use Exclusive mode with volume control disabled.

Screenshot below is from my system using onboard. The other system uses an external Schiit DAC. 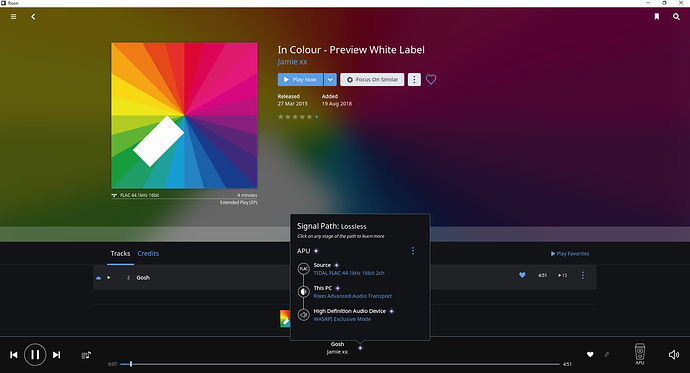 Thanks for the additional details here, @LiquidSmote!

Can you confirm whether or not this is a manged switch?

Unmanaged switch ATM, nothing fancy there.

A post was split to a new topic: Tidal tracks available to browse, but will not play