Install rock on a ssd but after reboot I’m getting a kernel panic:

Windows 10 was preinstalled on the nuc.

The image I flashed is: roonbox-linuxx64-nuc3-usb-factoryreset.img.gz

What should be done?

.gz is a zip file, I assume you followed the instructions that tell you how to unzip it and create the installation media? The excellent Computer Audiophile ROCK installation guide is below. I installed it but on reboot I get the kernel panic.

Have you tried starting again with a new download?

I did with the same result.

Did you do the bios settings, and is it the latest bios?

I installed the latest version of the bios and did the bios settings.

Let’s see if @danny can spare a moment to take a peek.

Tell us what you did, explicitly, since there must be a step or detail that is not how everyone else is doing it.

Its unclear from your description, did you flash the SSD with the factory reset? Or a USB stick? What did you use to flash? 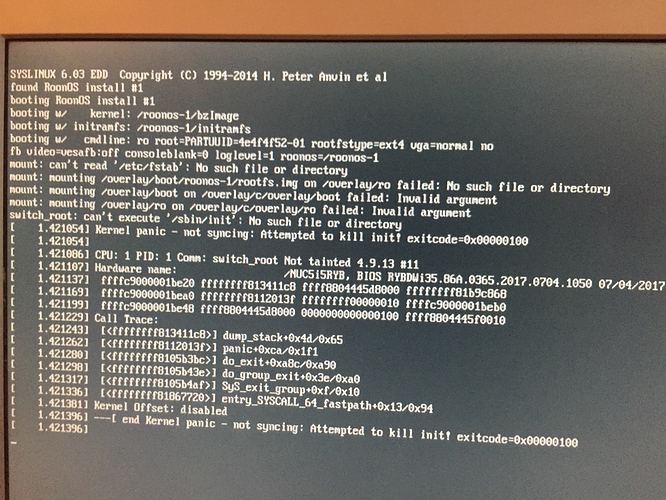 Roon 5I5RYH installation - 1.jpg1280×960 346 KB
I updated BIOS to latest RY0365.bio, set to legacy boot, though legacy didn’t show me any drives. I then rebooted from USB with the factory image reset which had been upacked with Etcher on OSX. It installed the image just fine, but when I rebooted to SSD I received this set of errors starting with /etc/fstab and it hangs.

I used an usb stick to flash.

Asking @support to look into this… This means your install is corrupt somehow.

Hi @Tom_Schmidt and @Bert_van_der_Leest ---- Thank you for the reports and sharing your feedback with us, both are appreciated!

Moving forward, Bert, I understand that you had tried starting again with a new download. When you performed the reinstall did you also try re-flashing the mentioned USB stick?

Tom, how about you have you tried performing the install again and re-flashing the USB device you used to perform the install?

Yes I tried the process from post BIOS fix forward 2 times, no joy. I did a full format on the USB stick FAT32 also.

Previously mine was running W10, with UEFI boot to the Samsung drive (there were 3 options). When I deselected UEFI and selected Legacy boot, there are no options shown for boot order for Legacy.

Yes, I reflashed the usb stick with Etcher. What I also did was create a bootable usb stick with GParted and after installing Rock I used it to see what partitions were made and there were 4 partions. But after a reboot from ssd still the kernel panic.

When I deselected UEFI and selected Legacy boot, there are no options shown for boot order for Legacy.

There is: Open Boot section, pick Boot priority tab. Now you should see two tables - UEFI on the left and Legacy on the right. When you enable Legacy boot you should get list of drive underneath similar to pick below:

I reflashed the .img file using etcher. Did the boot with usb stick w/ROCK, it successfully installed ROCK. Rebooted without USB stick and get the same kernel panic. 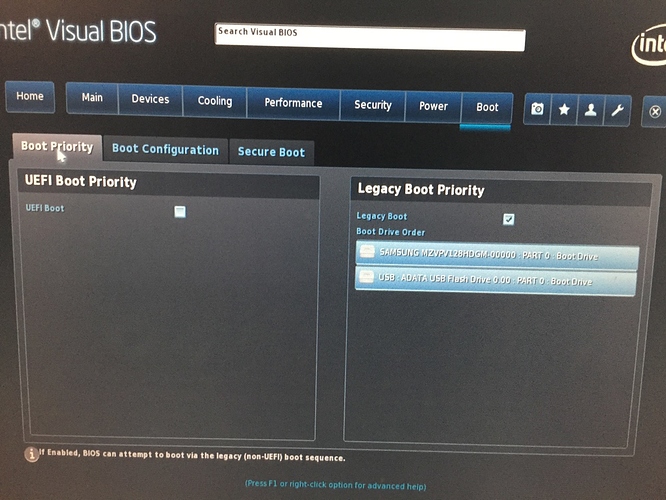 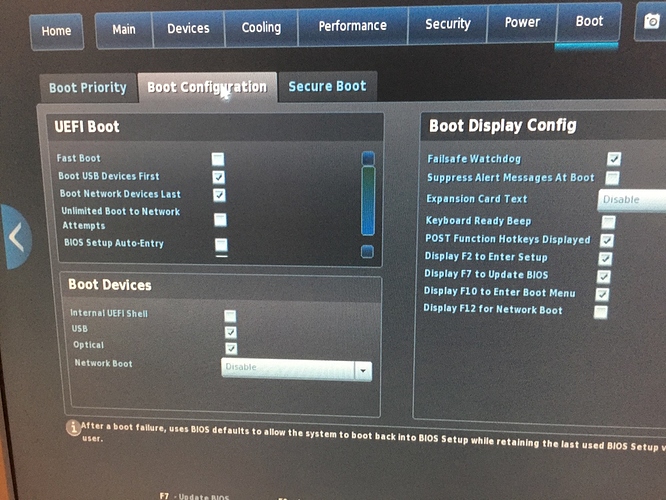 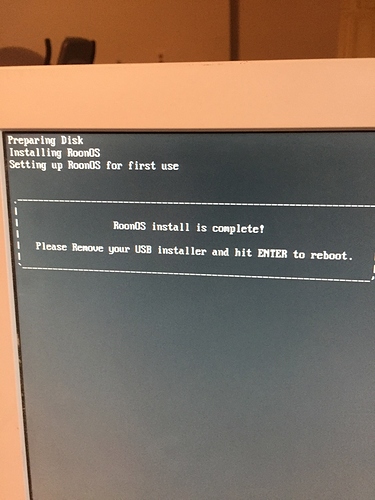 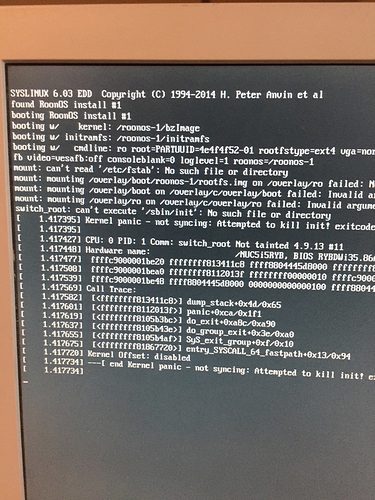